Home News What If Atiku Defeats Buhari In Court? 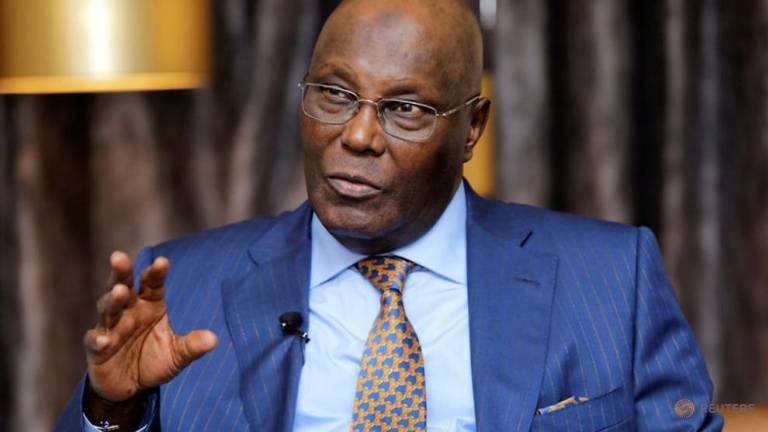 What If Atiku Defeats Buhari In Court? Before You Say It’s Impossible, Read This Analysis From An Insider

A writer and Online influencer Demola Olarewaju has further raised the hopes of Atiku supporters as regards the chances of the Ex Vice President reclaiming his “Stolen Mandate” in court.

Atiku Abubakar, who stood against President Muhammadu Buhari in the just concluded 2019 presidential election, is in court, challenging the outcome of the election.

Alhaji Abubakar is challenging the victory of president Buhari on the grounds of electoral offences committed before and during the elections – thus believes he has a strong case against the eventual winner.

Mr Olarewaju, in the piece, provides a very detailed analysis on how Atiku’s bid cannot be overlooked.

According to him, some of the party faithful remain in the trenches for the retrieval of #TheAtikuMandate because it is not over, until it is over and this is a phase His Excellency Atiku Abubakar is well prepared for.

“At the heart of an election petition is a simple proposition – to show substantial non-compliance with the electoral laws which led to the wrongful declaration of a winner.

The non-compliance has to first be proven and then shown to be substantial enough to disrupt the outcome.

The petition filed by Waziri at the Presidential Elections Petitions Tribunal stands on many grounds to reinforce that central proposition and none of those grounds stand alone, but act in concert to show that the election of February 23 were not conducted in line with the law.

The related question after being able to prove that is to show that the non-compliance is substantial enough to have affected the outcome – this part has historically been the thorny aspect of election petitions in Nigeria but it depends indirectly on the first part.

The mistake of lawyers in the past (as I see it) is that they relied more on technicalities to dispute elections rather than to see the litigation stage as a part of the polity or as a continuation of politics after the process of voting – as approved by the law.

Many aspects therefore that would have proven electoral fraudulence are left out of the case, with lawyers relying only on the law but failing to prove how the actions surrounding the conduct of the elections compromised the election itself.

• This is a mistake Atiku isn’t making.

To view the grounds of non-compliance individually would yield a slim view of a big picture; non-compliant but not substantive enough to reverse the announced outcome.

The correct way to view the Atiku/PDP petition is to see the big picture it paints: substantive non-compliance.

In drafting this petition, Dr. Livy Uzuokwu (SAN) along with other experienced electoral petition lawyers seem to have looked at several previous election petitions and why they failed – then carefully avoided the pitfalls of those one.

In 2003, the then political opposition successfully proved non-compliance in Ogun State but failed to prove same substantively for the entire country.

The presidential results for Ogun State were therefore annulled but it did not affect Obasanjo’s nationwide victory.

The court declined to nullify the entire election on the grounds that the non-compliance complained of by the petitioners were not substantial enough to cause such nullification.

The main grounds proven for Ogun in that particular election were violence and corruption.

The court was therefore saying that electoral violence and electoral corruption are valid grounds to cancel results but have to be proven widely in order to justify the annulment of a nationwide election.

• Justice Sylvanus Nsofor was the only one who dissented at the Tribunal.

In 2007, this was also the same problem with Justice Fabiyi pointing out that “a petitioner alleges non-compliance to the provisions of the Electoral Act and has a duty to prove. It has not been demonstrated in this court how these affected the outcome of the election.”

By the time the matter got to the Supreme Court however and with the brilliant argument of Atiku’s lawyers (even though Buhari was to be the beneficiary of an annulment), Obasanjo’s election was upheld only by the slimmest of margins: 4-3; with one major issue of non-compliance.

Justices George Oguntade, Aloma Maryam Mukthar and Walter Samuel Onnoghen held that the failure of INEC to use serialised ballot papers bound in a booklet meant that the election was not conducted substantially in line with Electoral Act 2006.

• This was the minority judgement.

The strength of an election petition most times rests on the petition itself – and it is not an easy task considering that you have only 21 days to look at your facts and compile everything.

• But a veteran politician, Atiku had looked ahead and prepared adequately for this stage.

He was also aided adequately by the gaffes of both the electoral commission and the Buhari camp – a substantial part of the non-compliance matter were committed before Election Day and are rightly included in the grounds upon which the petition rests.

• One of these is TraderMoni.

Was hoping in this thread not to dwell on single points but the TraderMoni matter is too juicy for me to resist – someone like Keyamo may also jump on that and be distracted from the other points so let me dwell there briefly – smart folks would focus on the bigger pix though.

In other words – financial inducement is wrong, but if there is no evidence linking it to the winner, then it won’t count as non-compliance. TraderMoni is directly linked to this Govt.

Was TraderMoni aimed at financially inducing the electoral to vote for APC?

TraderMoni was not introduced as a policy of this Govt at any time until close to the February 23 elections and there was no budgetary provision for it.

Instructively, it was also deployed in states where gubernatorial elections were to hold, like in Osun, just before election.

PDP diligently brought this to the attention of INEC and INEC promised to investigate it but never did.

Transparency International described TraderMoni as “an official use of public funds to actually induce voters.”

Again, this isn’t a point to dwell on unless you’re Keyamo.

The bigger point is to show that nothing is left out of the Atiku/PDP petition and everything is a part of proving substantial non-compliance.

On the actual points of rigging, the petition effusively cites distinct instances of such in individual states, down to the PU level.

The point being substantive non-compliance with emphasis on “substantive”, the petition carefully highlights not only states where each instance of electoral fraud was committed, but also the LGAs, the Wards and then the exact Units, where applicable, across the entire country.

On merit, this election petition will succeed but there are other factors surrounding the determination of a matter such as this – which is essentially political; and this is where I fully agree that anyone who voted for Atiku and Obi in the last election should keep up support.

If Nigerians appear resigned to the fate of another failed 4 years of Buhari, the Tribunal and the Supreme Court will find it convenient to go against the overwhelming evidence of substantive non-compliance.

• The Political Process isn’t over until the Elections Tribunal is over.

This thinking is behind Chief Ayo Adebanjo’s position, (Awolowo’s right-hand man) who has insisted that he will not recognise Buhari as President until the determination of this case.

Pa Adebanjo is a nonagenarian though – the rest of us will thread carefully, but faithfully.

To my mind, the position cannot be vacant and our commitment to democracy rejects extreme positions outside the law – but we must stay firmly committed to #TheAtikuMandate

The first VP to legally challenge his President and win back to back cases through the courts was His Excellency Atiku Abubakar.

The first Governor to be declared into office after a rigged election in nigerian was His Excellency Peter Obi.

• They both carry an uncommon destiny.

And as surely as the destinies of nations are sometimes tied to the behaviour and destinies of men, I firmly believe that for Nigeria not to be subsumed with Buhari for the next four years, our hope on Atiku must continue until a logical and legal conclusion is arrived at.

APC rigged brazenly on February 23 and in private conversations with some of our leaders, they arrogantly said “Go to Court!” – never mind that they sent people to beg Atiku not to go to court afterwards.

Atiku is now in court and he must have the support of those who voted him.

It never looked like any Governor imposed by rigging could be unseated until Peter Obi fought for three years and got back his mandate to be the Governor of Anambra.

Thankfully, we won’t have to wait for three years: in less than a year, this entire matter would be concluded.

Atiku had 21 days after the election to file our petition – done.

The 3-person Tribunal has 180 days after that to deliver a judgement – sitting yet to commence fully.

The Supreme Court bench then has 90 days to deliver judgement on any appeal – we will get there.

– when they hear #AtikuIsComing, maybe their brains will quickly reset.

But incompetence is in their DNA and so #AtikuIsComing is our mental multivitamin.