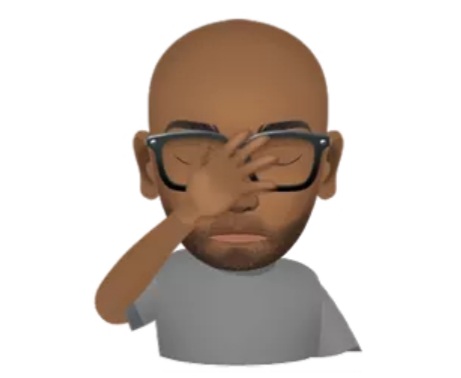 Mayaki and his Expired Media Practice

I ignored the irresponsible journalism that John Mayaki, the attack dog of the Edo Peoples Movement (EPM), has displayed in the Edo State public space in the last three years primarily because of my respect for the office I held in government as the Special Adviser to the Governor on Media and Communication Strategy and spokesperson of the governor. Now that I am not encumbered by the weight of that office, I want to give him the benefit of my experience as an editor.

So, I would like to educate him on the responsibilities of a journalist, which are to educate, inform, enlighten and entertain the public as well as the ethos of the profession which is the sacredness of facts, fairness, integrity and balance.

In a Christmas Day, December 25, 2020 message published by Premium Times, The Will, The EagleOnline and in other print and online newspapers, Mayaki fell on his sword by apologizing to Governor Godwin Obaseki and the Commissioner of the Independent National Electoral Commission (INEC) in Akwa Ibom State, Mike Igini. In that apology, he admitted to willfully being a purveyor of falsehood in diminishing the estimation of the character of these persons in the eye of the public.

Unfortunately, he does not seem to understand the significance of this low point in his career as a journalist, apparently taking refuge in the assumption that Nigerians forgive easily and often do not hold people to account in the long term for their actions and inactions.

To put it mildly, however, Mayaki’s career as journalist and media practitioner is dead.

His current predicament is likened to that of a chicken whose head has been cut off, but the frantic, rhythmic movements of its legs and wings gives the false sense that it is still alive.

“I unfortunately allowed my political interest, and not my judgement as a professional journalist, to guide me on the information…” This is a line from Mayaki’s apology to Obaseki and Igini, which was widely published in the media.

Had this happened in climes where integrity forms the basis of operations for professionals, such as in Japan, where an individual’s integrity is considered more important than their life, a man like Mayaki would be strung in the sun to dry and would never again find relevance in any organization whatsoever, whether large or small.

I am providing this advisory for him with the assumption that he is even a trained journalist as I have it on good authority that he never completed secondary school education. He was rumoured to be a helping hand for journalists at the Nigerian Union of Journalists (NUJ) complex in GRA, Benin City.

He was later said to have attended some remedial programmes to shore up his deficiencies and meandered his way to obtain some passable certifications. His last position was as a freelance reporter for The Nation Newspaper before he was co-opted into the political scene by Comrade Adams Oshiomhole as a Special Assistant, the lowest aide in the political ladder.

Mayaki has tried to drum very loudly the recent issue of Governor Obaseki’s comments on Nigeria’s economic challenges. I hope he has heard from the Governor of the Central Bank of Nigeria (CBN), Godwin Emefiele, who has admitted that the apex bank actually intervenes using the instruments the governor spoke about in supporting the government in instances of fiscal deficit. It is also clear that the advice by the governor urging responsibility in deploying this instrument is in order. But this means nothing to Mayaki who is still hallucinating from the terrible defeat in the September 19, 2020 governorship election in Edo State, which he seems to be completely unable to get over.

As for using one’s privileged position in government for the benefit of their family members, I hope Mayaki remembers that his direct family relatives, Kazeem Aliu, is a Still Photographer while Ernest Jeremiah is a Sound Man in the Press Unit in Government House. He had brought them in during his three-month stint in the Obaseki-led administration.

Our sense of natural justice would not allow us to take any action against them, as they cannot be held accountable for the infractions Mayaki committed while in office, the details of which I would not like to go into in this piece.

It is rather unfortunate that Mayaki still has the temerity to engage on this merry-go-round when he should bury his head in shame and spend the rest of his days trying to make it up to all the people he has put off with his nasty character.

Osagie, an Editor with THISDAY Newspaper (on leave of absence) and public commentator, writes from Benin City.

I’m confident that Kim Jong Un will honour our contract. –...