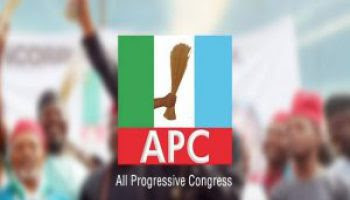 Just about the time Imo State chapter of the All Progressives Congress (APC) is adjusting to relative peace following the election of new State Executive Committee of the party in a rescheduled congress concluded on Monday, gunmen suspected to be assassins have murdered a Local Government chairman of the party from Ideato North, Chief Sunny Ejiagwu.

Briefing newsmen on Friday, the newly elected state chairman of the party, Mr Daniel Nwafor condemned the killing, which he suspected was politically motivated.

He wondered why such killing should occur now when the party is preaching peace. “APC condemn such killing, this should not be happening when our party known for its peaceful existence and has been preaching peace , we can not start to have political killings, politics should be played without bitterness, people should be allowed to join any party they desire” Nwafor said.

While narrating how the incident occurred, Nwafor said that the gunmen had trailed Ejiagwu from Owerri where he attended a meeting of the party on Thursday to Akokwa, his hometown. According to him, the victim after noticing he was being trailed tried to escape but unfortunately, his assailants caught up with him, blocked his car and in the process fell into a gutter, making it easy for the gunmen little effort to shoot him at close range and he died immediately on the spot.

“Ejiagwu was with us in APC meeting on Thursday; after the meeting he complained to us how volatile his local government was, only for us to hear today (Friday) that he has been murdered. It is normal for people to disagree in politics but to degenerate to this level is highly condemnable” Nwafor stated.

He called on the Inspector General of Police (IGP) to quickly unearth the circumstances surrounding the death of the APC chieftain and bring the culprits to face the law.

Nwafor said “We call on the IG of Police and other security agencies, all culprits must be brought to book , we can’t afford to play this kind of politics in Imo, this has not existed for a long time, we would not tolerate it.” When contacted, the state Police Public Relations Officer(PPRO) Andrew Enwerem confirmed the incident but promised to call back for details.