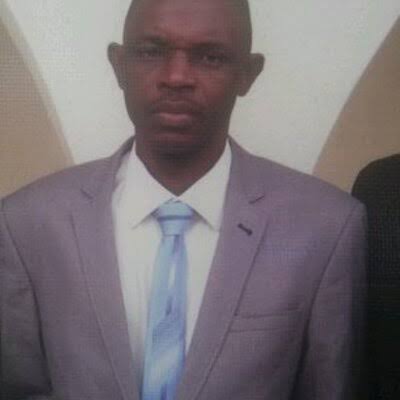 The Federal Government announced last week Wednesday that it had approved N1.4billion to design the head office of the Department of Petroleum Resources (DPR).

Someone heard the bombshell and shouted Halleluyah! The person said Nigeria is now designing its own Tower of Babel! I agree.

Only a Tower of Babel – so tall its top reaches the heavens – could be so costly to design – N1.4billion! Designing is not building; it is paperwork. When the world gasped at the cost, the minister who announced the Federal Executive Council approval said the design sum was not too much – because the building is a 12-storey.

How do I calculate that? I know that a billion naira is one million in a thousand places. But what do I really know about architecture and building design and their costs? I don’t know anything. A bloody reporter!

If we bait our trap with a whole elephant, what animal is it going to catch for us? What benefit is Nigeria hoping to get from that DPR white elephant? The design cost was made hefty enough to daze the poor. It is a bulldozing price. Only big and rich Nigeria could pay that price.

Big men must always do big things. But if we use N1.4billion to design a building, how much will the building proper cost us? The cost of the construction is N35billion.

The minister did not tell us how the government arrived at the cost even when the design was not ready. Again, what do I know? But I know that we are going to spend N35billion to build a house we don’t need. I said we don’t need the building because that department already occupies a cosy space in Lagos – even in Abuja and the 36 states. But because Nigeria is a loss centre that fails in all things, our progressive government has decided that this difficult period is the auspicious time to use billions of naira to haul that department to Abuja, the golden city.

Is it a curse that Nigeria must spend money it doesn’t have on things it doesn’t need? It has N35billion to build a mountain but lacks money to remove Nigeria from the map of the sick and dying. The worst place to live; the worst place to be born; the nation with the highest number of out-of-school children building its own Burj Khalifa! The government has its priority. The priority is not the universities with decayed infrastructure. The priority is not the millions without jobs. We remember those ones only on election days. Deadly roads don’t need fixing, hospitals can remain what they were in January 1984 – consulting clinics.

The nation’s 13.5million out-of-school children don’t have to be in school, they are useful cannons on election days. The priority is to build tall buildings in celebration of official unwellness. We forget that unbuilt children throughout history always auction their father’s prized buildings.

Spending unbudgetted billions to build castles in the sky should sound nice and smell good only to those in government and their concubines. Did President Buhari ask any question at all before approving that project? Where the DPR presently is in Lagos, who owns it? Has it not been delivering its mandate from that building? Must every agency of the Federal Government move its head office to Abuja? The ports are in Lagos and Port Harcourt, one day, the gleaming Nigeria Ports Authority (NPA) headquarters building in Marina will be abandoned for a mountainous house in Abuja which will be built with borrowed funds. It will happen. The business of the NNPC is in the oil rich South, but the corporation’s head office is in Abuja. There are several examples of this. Before these agencies moved to Abuja, they had buildings they occupied in Lagos. Who lives in those buildings now and what values have the new buildings in Abuja added to the national worth?

We are a crazy nation of unthinking money spenders. In the 1970s, we said our problem was not money but how to spend it. Today, even with the pocket very empty, we still don’t know what to spend our poverty on. Let me ask: If the DPR must move to Abuja, must it occupy a N35billion skyscraper? How many persons is it going to house in that structure to warrant the expenditure? As of this time last year, DPR announced that it had “a total of 1,100 staff with offices in 28 states of the federation including Abuja.” So, how many of the 1,100 workers are in its head office for whom this edifice will be built? What will they be doing in that tall building? Will there be a refinery there to bail us out of the illness of fuel importation? Or the building will house the shrines of all the gods that are troubling Nigeria?

A street labourer sipping Moët should be told clearly that what he drinks is his blood. How is the government going to pay for this project? Has it been budgeted for? The total budget of the DPR for 2019 is N39.3billion with N681million as capital expenditure, N592.9million as overhead and N38.06billion as personnel cost. In 2018, it budgeted N32billion for personnel while its capital vote was N1.331billion. So, the question again: Where is our ‘progressive’ government going to source this N35billion to pay for the construction of this prodigy and the N1.4billion for the design? Or will the government tell us that expenditure without budgetary provision is no longer an offence under the ICPC Act?

So, what happened? N1.4billion to design a Tower of Babel, N35 billion for its construction. And that price is very liquid, not cast in any solid matter – not stone, not iron. It is a sliming piece of cake that will change form every year to feed itchy fingers. The design will keep changing in form and cost. The project itself will undergo cost transformations from this year going forward.

God knows that these items will appear in 2020 – even in 2021 budget proposals (and approvals). There will be price variations and paddings. The completion will be when Nigeria is completely finished.

This government confounds. Its lovers won’t see anything wrong in anything, including this. Dignifying bad governance with ducal crowns won’t clean our ruling clan of its odium. Lovers of this government – body, soul and all its ways – should explain this N1.4billion + N35billion project and others of similar smell. Should this nun already found whoring still go on preening in celibacy? Geoffrey Chaucer in his The Canterbury Tales has a monk who feels revulsion at the spirit and letters of the sacred text he swore to live by. Is he still a monk – the one who eats, talks and acts dirty? Those who approved N1.4billion to design a building, how do we describe them? Incorruptible patriots?

I thought our progressives said they detest waste and suspicious expenditures. The picture gets clearer now with every action taken by this corrective regime. Our palace is occupied by men who wield moral sceptres in the day but quietly slip away into the night of debauchery.

These men we see won’t stop reminding us that they are the best in our lives, yet, we get odious bargains from them. They tell the poor these are the best ever of the times, yet the poor forage in plentiful want. Williams Shakespeare wrote about “Mad world, Mad kings, Mad Composition.” That world looks like here. Charles Dickens (in A Tale of Two Cities) painted a pernicious world of inexplicable paradoxes – an anaphoric tragedy: “It was the best of times, it was the worst of times, it was the age of wisdom, it was the age of foolishness, it was the epoch of belief, it was the epoch of incredulity, it was the season of Light, it was the season of Darkness, it was the spring of hope, it was the winter of despair, we had everything before us, we had nothing before us, we were all going direct to Heaven, we were all going direct the other way…” This sounds like a history of our present. Our leaders are cleansing the system with poop and slime.