Home News Football & Shoulder Injuries – Why Mohammed Salah may be playing the... 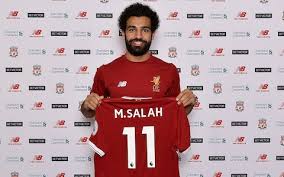 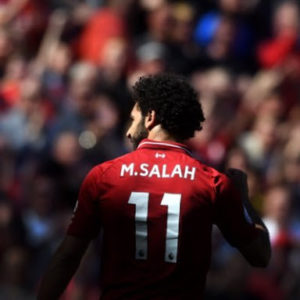 Mohammed Salah’s inclusion in Egypt 23-man list for the World Cup in June has raised hope for Egyptians and fans of the Liverpool forward, who already cast aspirations of him appearing in the tournament after his shoulder injury last month.

Salah suffered a dislocated shoulder in the UEFA Champions League final match between Real Madrid and Liverpool which caused doubts about his participation in the World tournament in Russia.

He landed heavily on his shoulder after a challenge from Sergio Ramos, with the Spanish defender appearing to keep hold of Salah’s arm as both tumbled on the ground.

The Liverpool forward was seen exiting the pitch in tears but later posted an emotional tweet about his playing in Russia.

“It was a very tough night, but I’m a fighter. Despite the odds, I’m confident that I’ll be in Russia to make you all proud. Your love and support will give me the strength I need.”

The Egyptian Football Federation further raised fans hope when it announced that Salah will not be sidelined for more than three weeks, as the World Cup in Russia starts mid-June.

“The delegation of the National team was briefed on the recovery programme for the player, who is walking well and aims to join the squad in the World Cup, as well as the determination of the great player to catch up with his team-mates.” 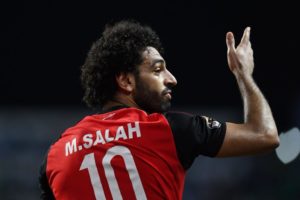 This would mean his missing Egypt’s opening game against Uruguay, but he may be available to face the host, Russia, on June 19 and Saudi Arabia on June 25.

Salah would be considered lucky as it was earlier predicted that a dislocated shoulder takes between 12-16 weeks of recuperation and players who have suffered similar fate recuperated in longer period.

The rarity of shoulder injuries

Shoulder injuries are not common as it only contributes less than 4% of football injuries compared to other kinds of injuries.

According to Washington University Physicians, footballers who dislocated their shoulders for the first time return to play within six weeks of the injury once they re-establish full range of shoulder motion and strength.

The players that undergo surgery usually require five to six months of rehabilitation before being able to resume contact and collision sports.

“Non-operative treatment of a football player who dislocates his shoulder for the first time has up to a 50% failure rate due to the high forces experienced by the shoulder in these activities.

“The success rate of surgical repair of a dislocated shoulder is reliably greater than 90%. This success is defined as no further episodes of instability with the ability to resume strenuous activity.”

Players that have suffered Shoulder injuries

In 2008, Theo Walcott suffered a right shoulder dislocation while representing England and was out for three months.

Walcott also had an injury on his left shoulder, dislocating it as many as 20 times before finally going for a surgery.

In 2010, former Liverpool defender, Jamie Carragher was also sidelined for about three months following a dislocated shoulder in a game against Tottenham.

As rare as shoulder injuries are, footballers are not the only ones that suffer from it as former Chelsea goalkeeper, Petr Cech, dislocated his right shoulder in a Champions League match between Chelsea and Atletico Madrid in 2014.

He later went for surgery and the Club announced his being out for 10 weeks.