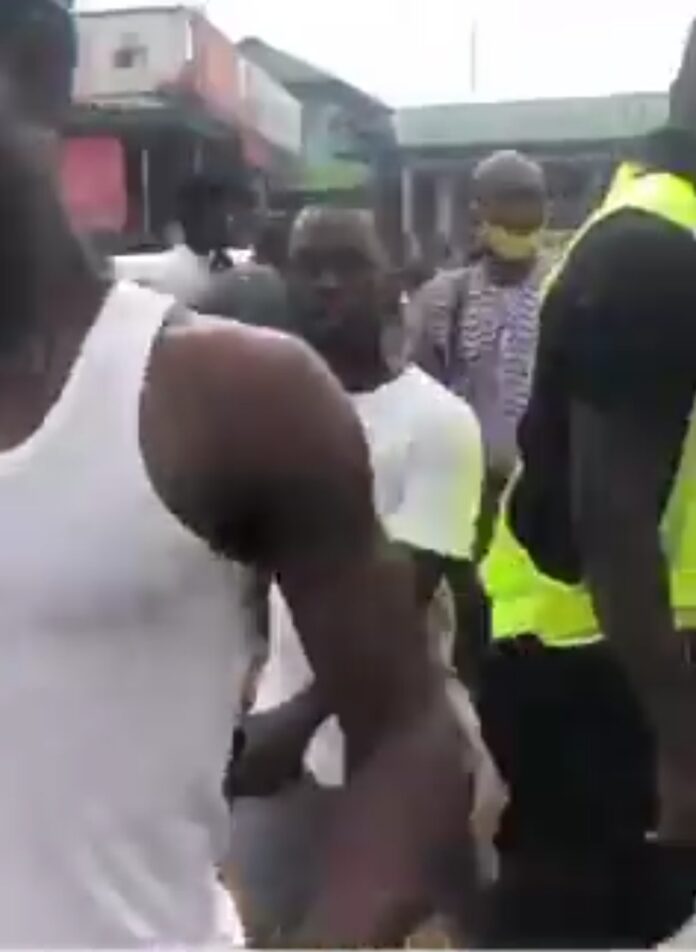 Officials of the Public Works Volunteers (PUWOV) in Edo State, headed Mukhtar Yusuf-Osagie, in collaboration with other security agencies in the state have arrested one Chinedu Ogu, a fugitive who escaped from maximum-security prison at Oko, Benin City, during the #EndSARS protest that rocked the country last year.

Ogu, who was in prison for murder charges, was among the 1,993 inmates who escaped from the two correctional centres in the state on October 19, 2020.

According to the state coordinator of PUWOV, the fugitive was “apprehended in Benin and returned to custody by the Nigeria Correctional Service, Sapele Road.”

Reaffirming the scheme’s resolve to restore sanity and discipline in public places, he noted that PUWOV has been working assiduously with other security agencies to eradicate crime and ensure lasting peace in the state.

Narrating the incident, the coordinator stated: “The officials of PUWOV accosted a commercial motorist who contravened the law, and in a bid to resist arrest and incite passersby against the officials, he went nude at the scene of offence. He passed out faeces and used the faeces to bathe the PUWOV officials at the scene.

“Luckily, PUWOV officials apprehended him and in the process, it was discovered that he is a fugitive. The PUWOV officials informed the police and handed him over to Oba Market Police Division where further investigations by the police and the Nigeria Correctional Service revealed his name to be one Chinedu Ogu, a fugitive, charged for murder case but escaped during the #EndSARS protests of October 19, 2020.”

“He (Chinedu Ogu) was immediately taken back to custody by the Nigeria Correctional Service, Sapele Road,” Yusuf-Osagie added.