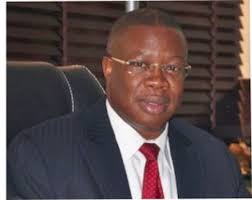 KATSINA STATE GOVERNMENT AND ITS ONGOING DIALOGUE WITH BANDITS;

Something is happening in Katsina State. The State Government has commenced peace talks with bandit leaders in search of lasting peace and stability in the State. The irony is that President Buhari is from Katsina State. I do not know how others see it, but I think it’s a pragmatic admission of the failure of our type of federalism.

Here is a supposed federating state in the Federation of Nigeria that has no security apparatus of its own because the Constitution of the Country in force does not allow it to have its own police force or other security outfits.

The so-called Federal security apparatus available in the country is not at the beck and call of the Katsina State Government or any other State Government for that matter. In addition, the Federal Police and Military institutions contain large elements of indisciplined officers who cannot be trusted to protect lives and properties adequately.

Many of such security officials are extremely corrupt and hobnob with known criminals. A good example is the Taraba-model of Army frustration of sporadic Police crime bursting activities.

In the mean time, life has become unbearable for all in the hands of bandits in Katsina and a few states in the north west. Communities are frequently sacked, cash stolen, livestock rustled, many residents are killed while others are kidnapped.

What is a helpless and responsible Governor supposed to do? His hands are tied. He is left only with Matawalism- a theory which accepts that the search for peace and stability by an endangered state includes resort to dialogue and negotiations for peace terms with all sources and causes of violence, organized criminality and banditry in order to guarantee the protection of peace and tranquility in Katsina.

The theory was given concrete meaning by Bello Matawale, Governor of Zamfara who on assumption of office found that Zamfara State was a living hell on earth for its residents. He took over a State with its government in paralysis by a combination of sheer incompetence of a do-nothing Governor and a ravaging bobtail army of bandits determined to conquer Zamfara State. Indeed the state was brought to its kneels.

Matawale then ingeniously reached a deal with the conquerors of the state. By his action he gave the state a breather. There are many who believe that this method is capable of undermining the authority of government in its control of the affairs of the state.

While it is conceeded that Matawalism appears to be a short term method with its attendant long term danger like potential breach of accord by parties, springing up of new terror groups seeking relevance, extortion of government officials, creation of new extraordinary human elements, irrelevance of state security architecture, it remains a preferable political stop-gap to the daily wanton killings, kidnapping and robberies in Katsina state.

It is better than the do-nothing syndrome of former Governor Yari of Zamfara State on the pretext that he had no command and control of the security apparatus in that state as chief security officer. Satirically, he is said to have bled the state to death financially, including wasting the state’s monthly security votes of millions of naira on meaningless acquisitions of material assets, while Zamfara was burning. No wonder he has been a frequent guest of EFCC in the last couple of weeks.

Governor Masari and other affected Governors must be encouraged to find a way to bring an end to the scourge of banditry in their States. They were elected as chief executives of their respective states pursuant to section 176 of the Constitution of Nigeria. As chief executives, they determine the general direction of the policies of the government of their States. It would appear that Governor Masari has examined all the options and has settled for Matawalism after acquiring a bit of the knowledge of Sun Tzu’s Art of War. Who knows?

About 2,300 years ago in north of China, a lineage of military leaders put their collective wisdom into writing. It offered a radically new perspective on conflict, whereby one might attain victory without going to battle. According to Sun Tuz, victory is fivefold, but the most significant of the five is “ knowing when one can and cannot do battle”.

Surely, Governor Masari knows the limitations of Katsina State and also knows the real life strength of the bandits and has decided to adhere to one of the appraisal tactics of Sun Tzu that when your enemy is strong , avoid a confrontation. This is a tested way of deflecting adversity and enjoying tranquility in the management of state affairs. Let us wish Katsina State plenty of goodluck and hope that its new approach would bring reprieve to the traumatized people of that State.

Wole Soyinka to Buhari- Stop subverting rule of law like you...