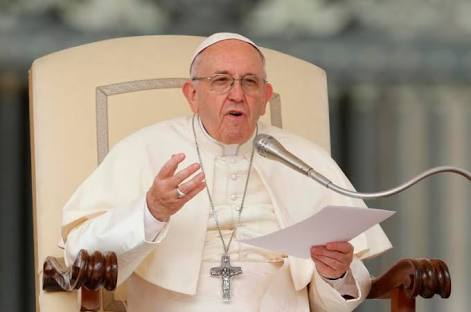 The Catholic pontiff, Pope Francis has noted that European countries are exploiting Nigeria and other African nations, calling on Europe to invest in ways that benefit the continent more, including sharing mineral resources more equitably.

Speaking with Reuters in a wide-ranging interview, the Holy Father said, “We must invest in Africa, but invest in an orderly way and create employment, not go there to exploit it.”

Explaining how European countries are exploiting Africa, he said, “When a country grants independence to an African country it is from the ground up – but the subsoil is not independent. And then people (outside Africa) complain about hungry Africans coming here. There are injustices there!”

Touching on the reasons for hunger in Africa, the Pope said that, “In our collective unconscious there is something inside us that says Africa must be exploited.”

The pope said Europe needed to focus on education and investment in Africa if it wanted to stem the flow of migrants, which is also an increasingly divisive issue in Italy, where the new governing coalition is taking a hard line.

“And there’s a problem,” he disclosed, adding that, “We send people back to those who have sent them here. They end up in the jails of traffickers

The Edo State Government has given its backing to the Save...