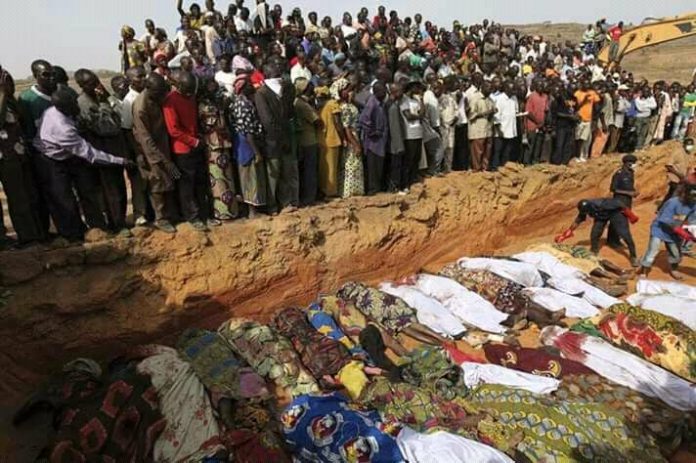 The bizarre of herdsmen killings in Plateau State and other parts of Nigeria has been raising perturbing concerns across the country as the Miyetti Allah Cattle Breeders’ Association of Nigeria (MACBAN) continues to justify termination of human lives in exchange of lost herds, while President Muhammadu Buhari watches the bloodshed of the merchants of violence, merely relishing consolatory media statements. Majority Nigerians are increasingly becoming uncomfortable over the intractable wanton killings and destruction of property and farmlands by Fulani herdsmen which has been threatening food security and national integration, particularly, since the President and other security chiefs continue to reel out excuses in defense of the herdsmen killings.

In a statement linked to Danladi Ciroma, Chairman, North Central zone of the Miyetti Allah Cattle Breeders’ Association of Nigeria (MACBAN) on Monday, assessed by National Daily, the cattle breeders association leader had complained that herdsmen in the state had lost about 300 cows in the weeks leading to the attack, indicating that the killings had the colouration of vengeance for the lost cows.

Ciroma had in the statement declared: “These attacks are retaliatory. As much as I don’t support the killing of human being, the truth must be told that those who carried out the attacks must be on revenge mission.

“There have been recent reports of cow rustling and destruction of farms between Berom farmers and Fulani herdsmen. The people carrying out these criminal activities are well known to the communities but the communities are hiding them.

“Fulani herdsmen have lost about 300 cows in the last few weeks – 94 cows were rustled by armed Berom youths in Fan village, another 36 cows were killed by Berom youths. In addition to that, 174 cattle were rustled and the criminals disappeared with them to Mangu.

“Since these cows were not found, no one should expect peace in the areas. Even soldiers that went after the criminals to recover the rustled cows were shot by the armed rustlers and eventually escaped with all the cows.

“The Government of Governor Lalong has done a lot to restore peace, but the criminal elements hiding among their people are the ones frustrating these peace efforts.

“Criminals thrive a lot in Berom communities, but when the Fulani, who are always victims of their crime, react with attacks, they blame the government.”

Many stakeholders in Nigeria are of the view that such a statement provides sufficient guide to tracing the perpetrators of the dastard killings, yet, the President has not considered the imperative for firm actions, except calling for restraints and promises that the perpetrators will not go unpunished.

It was gathered that suspected herdsmen attacked Riyom, Barakin Ladi and Jos South Local Government Areas of Plateau state on Saturday night and killed over 100 persons.

Dealing with the zeitgeist of South Africa’s Xenophobia

Shocking: Nigerians are hungry, poverty is growing under Buhari — Amaechi...