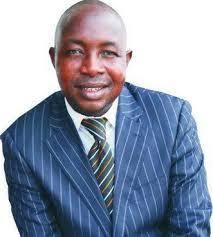 NIGERIAN First Lady Hajiya Aisha Buhari is known to have been stepping up to the plague ailling Northern Nigeria and the entire country since the husband’s signs of woeful failure in governance emerged after two years in office.

She fired another salvo at the weekend, charging the nation’s security leadership to save the north from going down under in the hands of Boko Haram, Fulani marauding terrorists, armed bandits and beastly kidnappers who have uprooted 25,000 people, raised down people’s homes and killed tens of thousands in the last few months in Katsina State alone, the home state of President Muhammadu Buhari!

“It is compulsory to speak the truth, it is not proper for us to give the highest number of votes during the general elections and allow bandits to continue killing people and keep quiet.”

“We must speak on whatever is going wrong in the country. The security agents should either assist to take action or allow the situation continue until bandits finished killing our people”, she added.

The President’s wife shadow-boxing and powerless twitches on the nation’s security challenges will be an exercise in futility if the husband refuses to address the evil of religious terrorism, which I doubt he can. Political terrorism can be addressed via political solution on the table. How then do you address religious terrorism of Fulani’s Jihadist with nihilistic mandate of this proportion who have been brainwashed and are convinced that there are reward awaiting for them in Heaven for pillaging civilisation and destruction of humanity?

Lamido Sanusi, the Emir of Kano has been sermonising on the northern tragedy for a long time. He has been insisting deceptively that the nation unto which the north has been a misbegotten burden and pillaging parasite — relentlessly without verifiable contribution other than Boko Haram and Fulani marauding terrorists — must remain as an indivisible entity.

It’s no fault of Sanusi and his northern oligarchs. It’s the fault of the British colonialists who foisted a banal contraption of amalgamation of Northern and Southern protectorates together that allows indirect rule system of government. Indirect rule system accommodates all manners of absurdities like the existence of state of origin, cultural disharmony, yoking of religious pietism with governance, northern preeminent in the union as against the direct system adopted by French colonial masters in thier colonies.

But Sanusi who is now screaming blue murder over the splitting of Kano Emirate Council is also a lone deviant with the ‘forbidden’ message of redemption for the savaged north which the northern political leadership do not want to hear.

Sanusi is a solo voice in the impoverished northern wilderness of degradation. He has been calling for birth control against the Islamic faith that celebrates polygamy and procreation of multiple children as an achievement which the Muslims north have been exploiting unto the bargain. He has been routing against street begging and a complete end to it as against the stated position by the Qur’an which made begging compulsory in some instances.

The Emir is Hell bent in his advocacy that every child in northern Nigeria of school age has to be enroned into a school. He has been wailing that out of the 13.2 million Nigerian children who are out of school — the highest number in the world — more than 95% of those numbers are from the north. Sanusi has been hazarding agonisingly that illiteracy is at the heart of unremitting poverty in the north that fathers two evils: Boko Haram and Fulani Hersmen. His ‘offences’ are legion.

Although, Sanusi has been reprobate, approbating and repprobating about the northern denastic abnormalities to which he also subscribed negatively to for pecuniary and dominance seasons, Sanusi has found an opposing antagonistic match in the irritable Kano State Governor, Abdullahi Umar Ganduje whose agenda is to further polute the political atmosphere and exacerbate the already direful and perilous socio-political space of northern Nigeria. Governor Ganduje has been consistently involved in and implicated in both financial and electoral fraud. He has been invoking unthinkable governmental policy and abominable governance strategies that reduce his government and that of the entire northern Nigeria to caricature.

A few weeks ago, the governor paid bride prices for 1,500 illiterate, jobless, Boko Haram embracing young men and Fulani Hersmen sympathizers with a whopping sum of N300 million naira! Before then, the governor reportedly purchased shoe and tea making kits for hundreds of thousands of Kano citizens.

Shamefully, the governor and his boothlicking minders called it empowerment projects! This is governance by tokenism at best, and at worst, governance gone awry. Peeping through the throbbing crowds jostling for shoe polish purchased for them by the governor on that occasion could not reveal any of Governor Ganduje’s child or children of law makers and those in governments at all levels of the state. It was a major fraud. A tale of different citizens in one state. The occasion was a gathering of the ‘Wretched of the Earth’ and beggars’ colony; a seething humanity, baying for survival, food or blood. Revolution? You can ask that again!

The like of Ibrahim Salisu, a 20 years old Fulani boy with two wives and two children without any former education whatsoever is one of the people who congregated to receive shoe polish from Governor Ganduje’s mockery government of dis-empowerment on that day.

An illiterate Salisu has been reported to be one of the kingpins responsible for almost all the kidnappings and various attacks along Abj/Kaduna road lately. They are syndicate of between five and ten people. Salisu confessed to have purchased their AK47 riffles from Niger Republic between N700,000 and N900,000 each. This is the picture of an average norther Nigerian child.

Over the years, President Buhari and the northern political leadership has refused to answer this question I have been asking them, consistently. Why are the northern youths roaming the entire Nigerian forests in the name of cattle herding, thereby kidnapping people for ransom when 21st Century economy dictates that they should all be enroned in schools? What effort is President Buhari making to change the trend, at least to placate the APC now abandoned CHANGE sloganeering? What’s the “Next Level” without basic education and job creation?

Governor Ganduje lost the chance to prove to his people and the entire world that he holds a PhD in education for not building schools and purchasing books with the humongous amount of money he wasted on 1,500 illiterate would be parents who will form the leadership of Nigerian next generation. Strictly speaking, Ganduje deceived his people and himself. It calls to question the validity of his certificates and how such degrees were acquired without basic understanding of civil society in mind.

Ganduje’s education certainly speaks of late President Nelson Mandela’s prescription of a doomed society outside education in his book titled “Long Work To Freedom”. The governor may well start building prisons since he failed to build schools! That may be before the entire north is either wipped out on the pages of time, in the estimation of Mrs. Aisha Buhari, or before those who will be left to tell the story relocate to neighbouring countries, as they’re already doing.

Only last month, 15,000 displaced Nigerians from Zamfara and Sokoto States went seeking refuge in Niger Republic. Before then, 30,000 people from Katsina State had been granted asylum in Niger Republic. The numbers mainly comprise women and children displaced by activities of insurgent groups.

He also said that NEMA headquarters would visit the refugees with relief materials and he urged stakeholders to be abreast of disaster management issues in the state. Northern Nigeria has become a huge refuge camp.

The Emir of Katsina, Alhaji Abdulmumuni Kabir, President Muhammadu Buhari’s state of origin also cried out penultimate week for help in the face of relentless daily killings by armed bandits. He said the nation’s security apparatus is overwhelmed and helpless.

The Chief of Defence Staff, General Gabriel Olonisakin confirmed Katsina’s Emir position in his address at the closing ceremony of the Joint Campaign Planning Course at the Defence Intelligence College in Abuja last week. Olonisakin reportedly said that the current security problems in Nigeria are threatening its existence.

Those who’re still not convinced that the climatic upsurge of Boko Haram, Fulani Hersmen, armed banditary and widespread kidnapping under President Muhammadu’s administration in all part of the country has the endorsement and backing of northern political elites, covertly or overtly are part of the larger problems engulfing the entire country.

They may wish to ask President Muhammadu Buhari, his wife, Lamido Sanusi, Governor Nasir El-Rufai the security apparatus and the northern political elites what they know about the religious terrorism in and around the country.