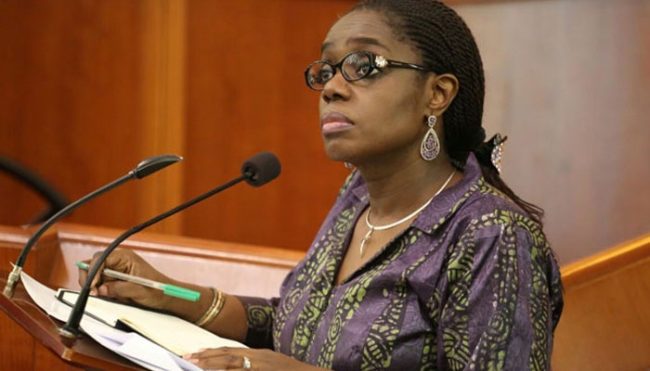 The Centre for Anti-Corruption and Open Leadership (CACOL) has called on the Minister of Finance, Mrs. Kemi Adeosun to respond to the allegations of certificate forgery leveled against her or resign.

This was contained in a press release issued on Monday by the Centre.

Executive Chairman of CACOL, Debo Adeniran, while expressing the views of the Centre opined that,“What should not be encouraged, under any guise, was a reign of impunity as the country steered towards consolidation of its democratic culture.

“This scandal in which Mrs Adeosun is presently enmeshed is a vindication of CACOL’s position taken as far back as 2015 that she was not morally upright to hold public office based on her past.

“We recollect that this scandal- which was first broken by Premium Times Online Newspaper-had resulted in the Finance Minister becoming vulnerable to blackmail from members of the National Assembly. She was reported to have approved fictitious budget heads on several occasions and actually authorized the disbursement of huge sums of money that were not approved by President Muhammadu Buhari to the National Assembly.If this is found to be true, it is not only criminal, but a clear violation of fiscal discipline and accountability.

“The nation is presently facing a lot of challenges which require the present administration’s undivided attention ranging from Fulani herdsmen-farmers crisis to banditry, social dislocation and economic crunch and cannot therefore afford to be bogged down by any distractions or controversy arising from the recklessness of any public official.

“Our current situation as a nation demands that public officers serving the current government should be seen to be above board in implementing the administration’s Change agenda.Public officers are also compulsorily required to demonstrate transparency, responsibility and accountability in steering the ship of state,” he said.

According to Adeniran, “it is in this regard that we, therefore, call on President Buhari to immediately wade into this matter by suspending Mrs. Kemi Adeosun from her position as the Minister of Finance in order to allow full investigation into the circumstances surrounding the forgery allegation and misappropriation of funds under her Ministry.

“This is necessary to reinforce public confidence and send a clear signal that no criminal conduct would be tolerated by this government,” he said.