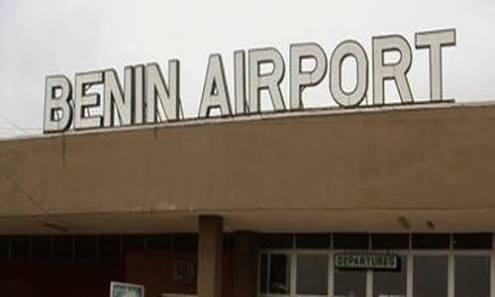 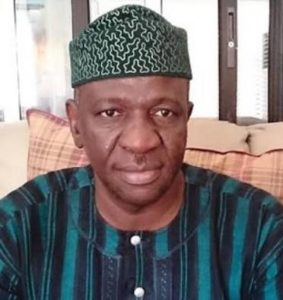 My attention was recently drawn to a press release with the above title issued by Chris Azebamwan, the Publicity Secretary of the Abokis Prefer Cows, APC.
Ordinarily, I would have ignored the said press release because Chris Azebamwan is reputed to be an unserious rabble-rouser, but for the seriously of his allegations against Senator Matthew Urhoghide, his erstwhile benefactor. Chris Azebamwan alleged amongst others
a) that PDP thugs were commissioned last Friday by the Distinguished Senator to assassinate the MOU Governor of Edo State, Godwin Obaseki
b) that Senator Matthew Urhoghide was intent on causing commotion and mayhem in the state
c) that the Senator sent his thugs and assassins to disrupt the security systems in the airport as well as invade the airport’s facilities amongst other subplots.

I read the said press release about three times to convince myself that Chris Azebamwan actually signed it. Haven satisfied myself that he authored the said release, my first reaction was that the man had just woken up with hangover arising from drinking himself to a state of stupor during the night or that he had just arisen from the bosom of a young girl, his two pastimes, when he wrote the release. However, upon deep reflection, I felt he needed pity rather than condemnation because the press release was actually the ‘hand of Esau but the voice of Jacob’. For a jobless man, he needs to try hard to retain his position as the APC congresses approach by pleasing his paymasters even if it meant maligning his erstwhile benefactor, Senator Matthew Urhoghide.

Chris Azebamwan has known Senator Matthew Urhoghide since our school days at the University of Benin in the late seventies to early eighties. In fact, Chris Azebamwan, like Senator Matthew Urhoghide was a former Students Union President in Uniben though unlike Matto, he never completed his tenure as he was impeached halfway into the tenure for embezzling the Students Union fund. For the over forty years of their friendly relationship, did it ever cross Chis Azebamwan’s mind that the Senator was a potential assassin?

Chris Azebamwan over the years has been a regular visitor to the residence of the Senator even after he emerged as the Publicity Secretary of the Abokis Prefer Cows, APC. On many occasions, when he got drunk to a state of stupor and could not go back home as a result of his state, he usually slept in the Senator’s house. In addition to eating, drinking and on many occasions sleeping in the Senator’s house, Matto also rendered numerous financial assistance to him on many occasions. All this time, even till February 2018, did it ever occur to him that his benefactor was a potential assassin? Would he have felt free eating and dining with Senator Matthew Urhoghide as well as sleeping in his house if he had seen a slight sign of a potential assassin in Matto? When did he suddenly realise the fact that the Senator is an assassin and one that hires thugs to assassinate? Having associated closely with the Senator for over forty years knowing fully well that the Senator was an assassin, Chris himself must also be an assassin. The saying goes that it takes two to tangle and as such, it takes an assassin to recognize another one.

Yesterday, I was reading on Facebook an article titled ALTITUDE IN GRATITUDE written by Senator Ehigie Edobor Uzamere. There was a paragraph that caught my attention and I quote:

Now, to the issues raised by Chris Azebamwan in his press release.

a) that PDP thugs were commissioned last Friday by Senator Matthew Urhoghide to assassinate the MOU Governor, Godwin Obaseki.
This accusation is not only childish but it is also stupid and senseless. What will the Senator gain by assassinating the MOU Governor? Will that automatically make him the next Governor of Edo State? Moreover, do you use a crowd being entertained by a cultural troupe and brigade band to assassinate a Governor? Chris Azebamwan cannot claim to be oblivious of the relationship that exists between Mr Godwin Obaseki and Senator Matthew Urhoghide which spans over fifty five years. In addition to being primary school mates at St Matthews Anglican Primary School, Sokponba Road, Benin City, they were also secondary school mates at Eghosa Anglican Grammar School, also in Benin. Over the years, they have maintained a cordial relationship. Just last month, they shared the same table during the social rites for the mother of my cousin, Charles Timothy Touch Idahosa, aka Charlie Tempo. There, they chatted as old friends reliving their experiences of the past. Is that the same man Chris Azebamwan is accusing the Senator of planning to assassinate?

c) that the Senator sent his thugs and assassins to disrupt the airport security system as well as invade the airport facilities.
Chris Azebamwan knows fully well that Senator Matthew Urhoghide uses the Benin Airport on a regular basis. So what will it benefit him to destroy the facilities in an airport he uses regularly. Moreover, the airport belongs to the federal government, of which he is a part, not the state government.

All said and done, like I said earlier, Chris Azebamwan deserves pity not condemnation because the script was obviously the hand of Esau but the voice of Jacob. The Sole Administrator of the Abokis Prefer Cows, APC, the Iyamho czar and his puppies must have been rattled by the performance of the Senator on the floor of the Senate the previous day and must have seen it as a threat to the czar’s national chairmanship of APC ambition, the Senator being from his state. To show that the loquacious czar was fully in control of Edo State, the Senator had to be humiliated through government sponsored protests and acts of hooliganism by APC and Ring Road miscreants.

But my friend Chris Azebamwan should have it at the back of his mind that many before him have been used and dumped by the devious master of the game and evil schemer and he will definitely not be an exception. When that happens, I hope he will not like a pussycat soaked in water go crawling to the Etete Residence of the Senator begging for forgiveness like many who took the same path that he is taking now have recently done.

Like the Benin adage goes, ‘aigbor obo no bor nomwan’.