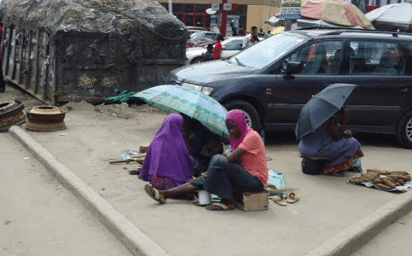 THE Emir of Keffi, in Keffi local government Area of Nasarawa State, Shehu Chindo Yamusa 111, has called for total ban on street begging nationwide, saying “a situation where children are being used for begging under the guise of Almajiri system is not just condemnable, but should be banned in the country.”

This came as the emir disclosed that no fewer than 13,000 Almajiris have been registered in Keffi local government Area of the state  while 8, 000 out of schools have also been returned to Almajiri schools in the area.

The Emir who spoke when some journalists paid him a sallah visit in Keffi, noted that the Keffi Emirate Council was embarking on head count of almajiris  and the out of school children to check  increasing cases of children being dumped on the streets for begging in the name of almajiri, saying: “It is fast becoming worrisome and unbearable to the people of the state.

Shehu  Yamusa 111 disclosed that traditional institutions in the 13 Local government areas of the state had been advised to key into the initiative by the Keffi Emirate Council in handling the almajiri and out of school children menace.

The royal father hinted that the Keffi local government had also undertaken to provide school materials for the re-integrated 8, 000 out of school children. He pleaded with public spirited individuals in the country to adopt out of school children, contending that it would not only reduce crimes in the country, but would also reduce street begging.

According to the monarch: “A situation where children are being used for begging under the guise of Almajiri system is not just condemnable, but should be banned in the country.  The Emirate council has set up a committee to organize and ensure that the local government gets rid of street begging and a permanent solution put in place to address the prevailing situation.”

The monarch who lauded Governor Abdullahi Sule’s initiative to separate the street beggars from Almajiris, called for total support of the programme in the state. Earlier,  leader of the journalists, , Donatus Nadi, acknowledged the contributions of the royal father in maintaining peace in his domain and the state at large, urging  other traditional rulers in the state to emulate the Emir.