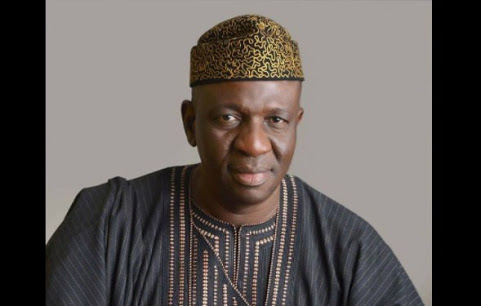 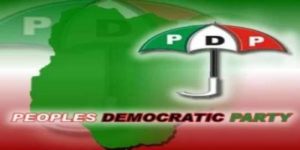 EDO PDP identify the APC youth that struck the blow on Senator Urhoghide.

…Ask Commissioner of Police to arrest and prosecute culprit

BENIN – Peoples Democratic Party, PDP, faithful from Edo South Senatorial Zone yesterday temporary shut down some parts of Benin when they embarked on a peaceful possession along some major streets in the Edo State capital to protest the harassment, abuse and maltreatment of Senator Matthew Urhoghide by APC youths at the Benin Airport shortly after his arrival from Abuja during the May Day public holiday weekend.

The protest is coming on the heels of a petition by the Edo South Senatorial  chapter of the party to the Commissioner of Po!ice, Edo State, Mr Johnson Kokumou  over the assault, attempted murder, harassment and intimidation melted on Senator Matthew Urhoghide, Senator representing Edo South Senatorial District at the Benin Airport, Benin City by thugs allegedly hired by All Progressives Congress (APC).

The petition signed by Mr Chris Agbonmwanegbe said, “We act as Solicitor to the entire PDP Edo South Senatorial District and on whose authority we write this petition for matters related and connected to the complaint of assault, attempted murder, harassment and intimidation by APC thugs masquerading as youths.

“Senator Urhoghide was hit hard on his head by one Michael Eriyo, and two others. In the melee that occurred, the PDP state youths leader was beaten to stupor and now hospitalised, former state women leader, Stella Evbuomwan and two others were attacked and hospitalised as well as many other supporters attacked too by APC thugs.

“Finally, we refuse to believe that any individual is above the law, therefore, we appeal to you to use your good office in aid of the pursuit of justice and for the protection of our client’s dear life.

Senator Urhoghide upon his arrival at the airport penultimate week was attacked by the APC supporters when he was granting interview to journalists. He was then held hostage in the VIP protocol lounge for over thirty minutes until the arrival of Governor Godwin Obaseki. While in the company of Governor Obaseki, Mr Michael Eriyo was identified as the person who struck the fatal blow that dislodged the Senators cap from his head.

“Senator Urhoghide was hit on his head by one Michael Eriyo aided by another called Mutari and one other yet unamed. In the melee, that occurred, PDP youth leader was beaten to stupor and now hospitalized here in Benin, another victim was the former State Woman leader, Mrs Stella Evbuomwan also hospitalized and two others in the hospital beaten to the point of death.

Addressing journalists at the Secretariat of the Nigerian Union of Journalists  – NUJ Benin,  PDP spokesman, Chris Nehikhare expressed  displeasure at the kind of treatment melted out to  the Senator for carrying out his Constitutional duty at the National Assembly. He also decried the attempt to muzzle the opposition by intimidation, molestation, brutalizations and harassment.

He noted that PDP would no longer tolerate the reckless acts by the supporters of APC on Senator Urhoghide, for discharging his legislative duty or any other member whatsoever!

He said: “PDP has been able to identify the attackers of the Senator. They are Michael Eriyo, aided by Mutari and one other yet unnamed. We are appealing to the police to without delay effect their arrest and bring them to justice.

He warned that if the intimidation, molestation, brutalizations and harassment were not checked, it’s consequence would be grave.
He called on the Commissioner to humbly pay attention to these ugly incidences.