Home News Dealing with the zeitgeist of South Africa’s Xenophobia 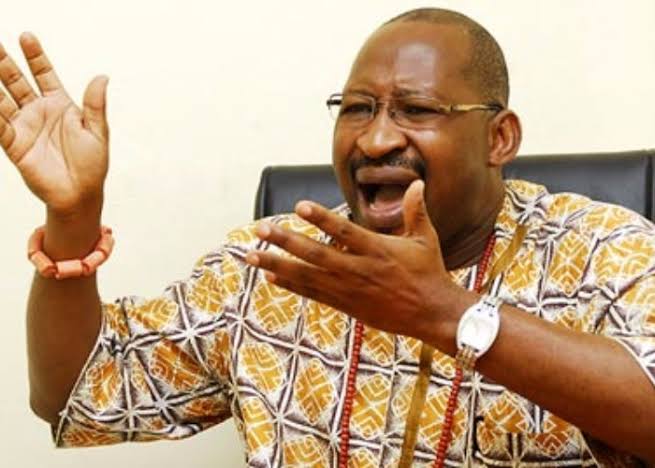 This is a strange comeuppance, given the huge investments – especially pecuniary, totalling over $60 billion – that Nigeria deployed in South Africa and Southern Africa to torpedo the Apartheid regime foisted on the former British colonies by the minority white in cruel circumvention of the rights of the majority South African and Southern African blacks.

One had expected that South Africa, in particular, should, indeed, have always treated Nigeria as a compassionate big brother in the ramifications of the successful anti-apartheid struggle. A celebratory attitude towards all issues that are Nigerian by the government and people of South Africa should have been taken for granted and as a matter of course to which fidelity should be kept as a directive principle of state policy.

It is insalubrious and opprobrious that the good gesture by Nigeria had not found anchorage in a reciprocal gesture by South Africa; in which case the present leadership under President Cyril Ramaphosa, cannot escape essential indictment for the rising complexities and waves of debilitating xenophobic assaults on the significant other blacks of foreign origin.

To be sure, whereas post-apartheid South African presidents, particularly the late legendary and inimitable Nelson Mandela and other well-meaning, perceptive, perspicacious and temperate leaders of the anti-apartheid struggle, had worked so hard at continental amity, it is a harsh and corrosive verdict of history that the wheel of brotherhood is being reinvented by South Africa, under President Ramaphosa.

While it may not be correct to assert that xenophobia was alien to South Africa before the coming of Ramaphosa, the sheer magnitude of his body language had, without a doubt, encouraged an unprecedented renewed revulsion by South Africans for other foreign nationals, especially blacks of African descent.

His deputy minister of Police Affairs, Mr. Bongani Michael Mkongi, had recently endorsed the spate of xenophobic attacks wherein he referred to the activities of foreigners who were involved in legitimate business as tantamount to economic sabotage to South Africa. The ruling African National Congress (ANC) in South Africa does not seem to find anything wrong about these wanton killings, attacks on foreign nationals and looting of the businesses of foreign nationals; otherwise, it should have condemned the madness in the strongest terms possible.

In the circumstance, it would be impracticable to expect a South African government under Ramaphosa’s presidency to demonstrate a political will to decisively address the scourge. Therefore, it is delicate for Nigeria, in particular, to continue to maintain diplomatic niceties in the face of real danger to her policy of citizen diplomacy. The attitude and body language of Ramaphosa’s government have not helped matters, at all.

The fact that no single South African had been arrested, tried and sentenced to prison for these dastardly acts reinforces the complicity of Ramaphosa’s government, which has negative implications for South Africa’s acclaimed good faith in the crystallization of bilateral, multilateral and diplomatic relations. This is the reason the blame for the recent upsurge in xenophobic attacks should be laid at Ramaphosa’s feet.

In the absence of expeditious and clearly effective and reinforcing positive actions by the South African government to halt this festering madness, protect the life and property of Nigerians and other foreign nationals and preserve their right to legitimate businesses, I will be at great pains not to concur with the call by the National Chair of the All Progressives Congress (APC), Comrade Adams Oshiomhole, for the nationalisation of South African businesses in Nigeria.

After all, the volume of trade between Nigeria and South Africa tilts in favour of South Africa. South Africa, through its companies in Nigeria repatriates about $60 billion to their home country whereas Nigeria is less disadvantaged in this regard. It is rankling that due to their laziness and laissez faire lifestyle of hedonism,epicureanism and riotous modus-vivendi, envious South African youths who depend on their government for social security benefits, would unleash terror, pains and death on Nigerians, in particular, and other foreign nationals, for their industry and resourcefulness. This is a queer macabre sense of vengeance against a people whose only offence is the obvious reward they derive from a competitive Soht African economy for their investments and hard work.

Xenophobia has afflicted the South African spirit and inured their sensibilities. It is a misplaced zeitgeist that must be condemned by the global community. The United Nations must lend its stentorian voice in condemnation of the dastardly and beastly act. What we need more than ever before is continental and global peace.

The South African way is not the appropriate trajectory to global humanism. South Africa must be made to respect the rights and preserve the life and property of legal migrants; otherwise, it should resort to becoming an insular nation, having no dealings with the rest of the human world.