Home News A PEEP INTO HISTORY OF THE BENSON vs SOLANKE CASE: 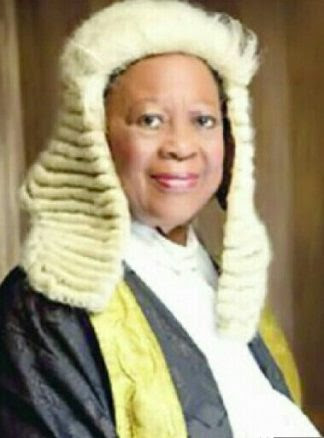 A PEEP INTO HISTORY OF THE BENSON vs SOLANKE CASE:

When a man ‘lusts’ after a girl!

Solanke Vs Benson: A Lifetime Story Of Tradition, Love, And Hatred

It was probably the first celebrated case where a daughter will defy her father in the choice of marriage. It was in the days when a woman, educated or not, really had no say on the choice of who she marries. But this 18 year old daughter of a very affluent Yoruba chief defied her father’s choice of husband. The father had chosen a prominent politician of those days, Chief TOS Benson, a dashing and flamboyant politician, to marry his stunningly beautiful daughter, Folake Odulate. But she would have none of that. Rather, she would go on to marry her heartthrob, Toriola Solanke, a medical doctor whom she fondly called a “gentleman”.

But suitor Benson would not give up, a decision which led to a case of arrest and a charge of robbery against the prominent politician at the Old Bailey, in London. It was a trial on which eminent Nigerian jurist and Justice of the Supreme Court, the late Justice Kayode Eso , wrote: “The legal drama, as it was, at the awe inspiring Old Bailey, is so vividly presented that it should not be missed by any lawyer, law student or, indeed, any reader at all.”

Thus began one of the greatest stories of marriage scandal in the pre, and post independent Nigeria. It was the story of a love affair, a story of clash of culture between modernity and tradition in terms of marriage rites. It poses the question, do women have the right to choose whom to marry, or should they abide with whoever the parents choose? It is the story of a young woman who stood stoically and chose who to love, and equally stood by that love to the very end. It is the story of Chief Mrs. Folake Solanke, the first woman to defy tradition, and the first woman Senior Advocate of Nigeria. It is also the story of passion, of lifetime hatred only love can bring.

Perhaps, if the chance meeting had not occurred at the lowest ebb of her life, the story may have been different. Her family had just lost a brother, the first born of the family who had sojourned in England for several years. Dr. Albert Olukoya Odulate had died within two weeks of his coming back to Nigeria after qualifying as a Medical Doctor in England. She was in the vehicle that claimed his life and so, she was still very distraught. The accident that would change the course of her family happened on January 30, 1948.

Amongst the sympathizers who came to console her father was TOS Benson, who cited this very beautiful and fair lady, and decided to add her to his harem. Thus began the discussion with Pa Jacob Odulate(Blessed Jacob of the Alabunkun fame) on how Chief Benson can marry the young Folake Odulate.

The young lady years after will later write: “In our collective state of trauma and vulnerability, Benson, became known to the family as a sympathizer, willing to comfort my distraught father in his anguish. The great Roman poet, Virgil had warned, “Timeo Graecos dona ferentes”.

And so by 1950, talks were rife between the Bensons and the Odulates about the arranged marriage. By 1951, the two families met, and did engagement but the young woman refused to see the meeting which was supposed to give her hand in marriage as what it was- her marriage ceremony. That same year as fate would have it, she travelled to England, which provided a means of escape for her.

Immediately she got to London, she wrote to Benson to the effect that he should count her out of the arranged marriage. She said: “I thought very deeply about my future. I came to a firm decision that the talk between Papa and Benson about an arranged marriage could never be for me. Benson was much older and already married with children. My preference was for a monogamous marriage”. About a year after, Folake met the love of her life, Toriola Feisitan Solanke, and by October 6, 1956, they were married.

But Benson would have none of that. Unfortunately for him however, the pretty bird had flown far away to where his hand and influence cannot reach. Six years after however, an opportunity presented itself for Benson, who at that time had become the Chief Whip of the Nigerian Parliament and was a member of delegation to London to discuss the Independence of Nigeria,

In the midst of this serous assignment, Benson arranged with a cousin of Folake (now Mrs Solanke) to lure her to his (cousin’s) house where he hoped to talk sense into her. So on May 25, 1957, Folake paid a visit to her cousin in a house on Flander’s Road, Chiswich, London, where to the shock of her life, Benson; her old suitor came in just after she arrived. Benson tried to convince her that she should marry him but she told him “no”.

She said: “I told him quite categorically, in the presence of Afolabi (cousin), what I had been telling him, my father, and others for six years, that I could never marry him. As he still refuse to take no for an answer, I told him that I was already married. Benson said he did not care about my marital status and that he would do everything to destroy my husband and I in Nigeria”.

The Parliamentarian did not stop at that. He took his luck farther. She further narrated on the incident: “As soon as Afolabi left the room, I got up from my chair to leave the room, but suddenly, Benson grabbed my left hand and started trying to remove my engagement ring by force. I struggled as hard as I could, but he overpowered me and violently forced my engagement ring off my finger. In the course of the assault, my open-ended gold bracelet wristwatch also came off my wrist;

My gold engagement ring had two had two diamonds set on either side of a blue sapphire. I pleaded with him to return my ring and wristwatch to me, but he flatly refused. He then put the two items in one of the pockets in his flowing Agbada. Benson locked the door and kept the key in one of his numerous pockets”.

Desperate to escape the assault, Folake did the unthinkable. “There was no way I was going to remain in that apartment, which for me had suddenly become a place of violence and unlawful detention. After all my pleas had failed to recover my precious possessions from him, and with the door locked against me, I reached for the telephone to dial 999. Benson promptly disabled the telephone. Instinctively, I made for the window to jump out”.

It was at this point Benson knew the lady meant business. He called her cousin who promptly came into the room and both persuaded her to come back. This was the opportunity she had to escape from the apartment and further assault. But Benson held on to her ring and wristwatch.

Mrs Solanke, after this experience reported the case to the police. On June 1, 1957, the London Metropolitan police arrested Benson and arraigned him before Acton Magistrate Court, London, for stealing a ring and a watch valued at Forty one pounds from a woman. In the warrant of arrest, he was alleged to have forcibly robbed Mrs. Solanke of her watch and ring on May 25. He was however granted bail with two sureties. However, the court ordered a remand for two weeks, which meant he could not leave London in that period.

On Saturday June 15, 1957, the case went on trial at the Magistrate Court to determine whether Benson had a case to answer. The Prosecutor was Victor Duran QC and he called two witnesses, the police investigating officer, and Mrs. Solanke. At the end of the pre-trial, the court decided that the defendant had a case to answer and thereafter transferred the case to the London Central Criminal Court, popularly known as “Old Bailey”.

The two day trial commenced on June 27, 1957, before Sir Gerald Dodson, who also doubled as the Recorder of London. There was a jury of 12 persons to determine the case. When his charges were read to him, he pleaded not guilty. The Prosecution lawyer, Mr. Durand thereafter presented the investigating police officer, Mr. Philips, to the witness box. Philips tendered the written statement of the plaintiff to the court, together with plaintiff’s engagement ring as exhibits.

Next in line to enter the witness box was the plaintiff herself. She was led in evidence by Mr Durand. She narrated how the assault took place and how the defendant forcefully removed her engagement ring and wristwatch. She also told the court how she got married secretly to her husband, Toriola, on October 6, 1956. She further told the court that she had told the defendant and her father the she could not marry the defendant as far back as in 1951 and that she was never interested in the proposed arranged marriage. The plaintiff’s husband, Dr Solanke also gave evidence, corroborating his wife’s evidence.

The defendant through his lawyer, Mr. Foot called 12 witnesses that represented the crème de la crème of Nigerian politics. They include; the late Chief H.O Davies, the late Chief Adeniran Ogunsanya, and the then Nigerian High Commissioner to Britain, Chief M.T Mbu. The greatest shock however, was bringing the plaintiff’s father, Chief Jacob Odulate to the court. The father testified against his daughter!

The courtroom was packed full with Nigerians as the story also hit the headlines of newspapers both in London and Lagos. The plaintiff gave the account thus: “There were also others who came simply to hurl abuses and curses and threats at me. The unprintable taunting and vituperation did not elicit one single response from me. I held my head high and the police gave me every protection”.

After the trial, the judge adjourned the case to July 1, 1957, the date the court eventually discharged and acquitted the defendant.

But the battle did not end there. Chief Benson never forgave Folake Solanke for not marrying him. He taunted her at every opportunity. He made every move to stifle her career in the legal profession, all to no avail. Even when she lost her husband, he hired a band to taunt her, saying that he, an old man had outlived her husband. Until his own death, Chief Benson never forgot, and never forgave the bride he lost to someone else.

©“Reaching for the stars” – autobiography of Folake Solanke, SAN