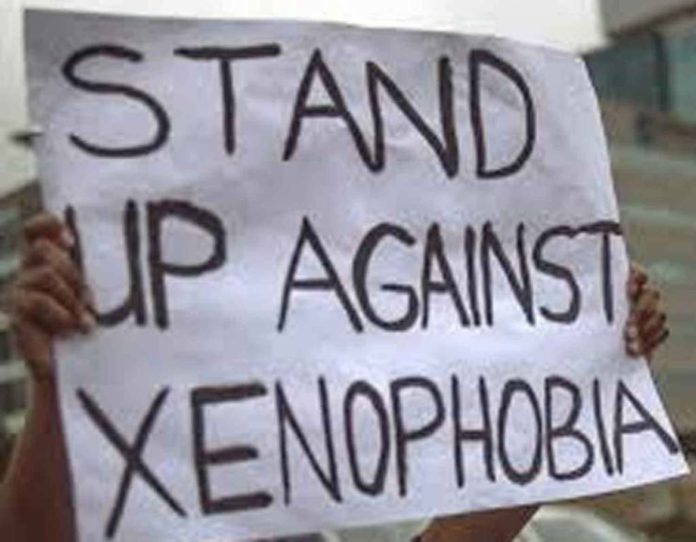 The Chairman, Nigerians in Diaspora Commission (NIDCOM), Mrs Abike Dabiri-Erewa, has disclosed that 640 Nigerians in South Africa have voluntarily registered to return home following the xenophobic attacks in the country.

Dabiri-Erewa, who disclosed this after a closed door meeting with the Senate Committee on Diaspora and non-governmental organisations in Abuja on Monday, said that the volunteers would arrive in Nigeria in a couple of days.
“ As I speak with you now, we have 640 Nigerians voluntarily registered to come to Nigeria and they will be home in a couple of days, and we believe that more will still be coming to register. “Right now, we have 640, that means two planes will convey them home, now the envoy will be briefing the president and with everything in place, the president will be taking a few more decisions after the briefing,” she said.

She said Federal Government had pledged that any Nigerian that wanted to return would be given the required support She said that the returnees would be encouraged to enroll and participate the various social intervention programmes of the government. “ We will encourage them to enrol in small scale entrepreneurial programme with the Bank of Industry with the social investment programme, so there are things that they can do’’, she said.

She, however, reiterated that government would continue to demand for compensation for property of Nigerians destroyed in the various attacks. She said eight South African police personnel’s had been charged to court for their involvement in the killings of Nigerians in the previous attacks, while another four officers were recently arrested.

“So we will continue to work on that and we assure Nigerians wherever they are that this government will come to their aid. “For Nigerians in South Africa, they have also been advised to remain calm, why we continue to ensure justice for all Nigerians affected.
“There must be consequences for actions; South Africa should have political will to talk to their people to put a stop to it.

So a lot of education, awareness need to go down to the South Africans on the street, who still believes that foreigners are their problem,” she explained. The Chairman of the committee, Sen Bashiru Ajibola, said that they had been briefed on the steps taken so far by the Federal Government on the attack of Nigerians. He said that further measures on ending the attacks would be decided by President Muhammadu Buhari after being briefed by the special envoy to South Africa, who just returned to Nigeria.

He said NIDCOM had assured the committee that the strategic objectives effort of Nigerian government on tackling the matter was still in focus. According to him, the objectives, among others was to ensure that South African government lives to its responsibility of protecting life and property, prosecutions of culprits and payment of compensations to affected Nigerians.(NAN)