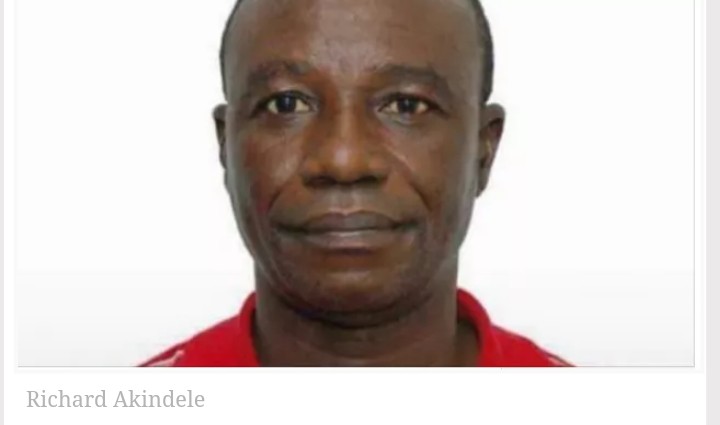 Richard Akindele, a professor of Management Accounting at the Obafemi Awolowo University (OAU), Ile-Ife, has finally raised the veil on events that culminated in his dismissal by the institution.

Mr Akindele was recently dismissed after being found guilty of sexual harassment of a postgraduate student of the institution, Monica Osagie.

In his reply to a query issued to him by the university, Mr Akindele explained that the five rounds of sex demanded from Monica, as revealed by the leaked audio conversation between them, was a deliberate attempt to discourage the student and at the same time invite her to his office to obtain evidence.

Mr Akindele said the demand for five days of sex was a deliberate attempt to play along with the student. The university did not, however, buy his argument and dismissed the professor.

The reply was exclusively obtained and published by New Telegraph.

The institution was enmeshed in a scandal in April after a leaked phone recording exposed Mr Akindele seeking sex from Ms Osagie to pass her in an examination.

In the audio, the professor, requested five rounds of sex from Ms Osagie, then a master’s student of the institution.

However, after a full-fledged investigation, he was permanently dismissed in June.

The Vice Chancellor, Eyitope Ogunbodede, said the conclusion was reached after the investigative panel found Mr. Akindele guilty of inappropriate relationship with the student, a claim to which he admitted.

The vice chancellor said the dismissal of Mr. Akindele will serve as deterrent to others as “the university has taken further steps to ensure total elimination of sexual harassment in the OAU community.”

Evidences submitted by the professor to the investigative panel include screenshots of WhatsApp conversations including nude pictures allegedly belonging to Ms. Osagie.

Mr Akindele claimed that the two photos, an alleged screenshot of Ms Osagie’s private part, were sent to him to arouse his sexual pleasure.

According to the WhatsApp messages presented by the lecturer, Ms. Osagie had allegedly initiated conversation with the lecturer at about 5:52a.m. on Sunday, February 25, declaring her interest in the lecturer. She then sent him seductive messages, including nude photos.

Mr Akindele wrote: “I know the lady in the audio recording to be an MBA regular student. I recall sometimes in November 2017 when she came to my office in company of some of her other MBA students/colleagues to inform me they failed a course that I took with another lecturer and pleaded that they should be upgraded. But I informed them that it was not possible because the result has been submitted and approved by the department. They left my office, but the lady returned alone to my office some few minutes after they had left begging me to upgrade her to an “A.” She confessed that she did not fail the course, but that she had two other courses in the Department that she failed (not any of which that I am involved) but that she would need an “A” in my own course to boost her CGPA to get to an average of 50 to enable her obtain an MBA Degree.

“I promptly turned down her request. She knelt down and held my legs pretending to be begging me, but was actually romancing me. I shouted at her to stop her madness, but she immediately stood up, raised her gown up to cover her face and I noticed she was not wearing any pant.

“I was afraid she could shout to attract other people and it may be difficult for me to defend myself of sexual assault. So I had to gently tell her to calm down and that we will do it five times on another day and place to which she agreed and gently left my office. I had to do that to save myself from any possible accusation of sexual assault which may be difficult to prove if she had shouted on that day. Of course, she attempted calling me at other times and seeing me after that day, but I kept avoiding her.

“Since then, she kept sending messages to me regularly describing how good she is in bed and how badly she needs to sleep with me and get an “A” in the course, all of which I resisted.”

Mr Akindele explained that the day the leaked phone call was recorded, he had deliberately played along because on the said day, two unknown vehicles with unidentified men and a lady suspected to be Ms. Osagie had trailed him from OAU campus to Moro Campus, where the MBA programme was being run.

He said: “On that fateful morning, I left my office on campus for Centre for Distance Learning (CDL), Moro to go for the MBA lecture. As I was driving out of the university, I noticed two vehicles following… I was somehow scared and wondered what the occupants in the cars were up to. While still wondering, my phone rang and it was the lady in question calling, but I did not pick. When the phone rang the third time, I picked and sensing danger with cars behind me, I decided to play along with her request, and that was what led me to demand five times of sex and for her to come to my office.

“I have evidence and proof that she naked herself and harassed me sexually and I have a naked picture she sent to my WhatsApp contact, pressing that she wanted to have sexual intercourse with me. I have known this lady to be a bad behaved lady and as if she is a psychotic person….”

Mr Akindele said if truly he had wanted to sleep with the student, he would not have demanded five times of sex rounds at a go, saying dating a girl would not ordinarily begin with the request for five times.

The dismissed professor said it was only unfortunate that the girl was faster in implicating him.

One of the whatsapp message exchanges the professor shared with the panel reads thus:

Ms. Osagie: Stop saying haa. So wen u are wit a woman u just climb on her nd finish?

Ms. Osagie: Dis one is ur assignment google and find out wat it means.

Then Prof. Akindele sent two pictures wishing her happy Sunday and saying good morning. But enraged by these messages from the lecturer, the student replied as follows:

Ms. Osagie: Are u kiddin me. I thought u were goin 2 send me pictures of a man suckin a girl’s pussy while she sucks the man’s dick.

Ms. Osagie: No, it is not okk, let me send u mine but you won’t show anybody ooo

Following this pledge, Ms Osagie sent in pictures of her private parts and followed with other conversations.

New Telegraph’s effort at getting comments from Ms Ms Osagie were unsuccessful. She refused to comment on the matter, querying reasons behind the introduction of the evidences at this stage.

Speaking through her counsel and Executive Director, Women Advocates, Research and Documentation (WARDC), Abiola Akiode-Afolabi, Ms Osagie accused the media of attempting to wage a media war against her, saying she had been traumatised enough to warrant another round of public disgrace.

According to Ms Akiode-Afolabi, the university has exonerated Ms Osagie after reviewing all evidences tendered before it, and so she would not tolerate any fresh facts, which she described as an afterthought.

She said: “Which fresh facts again? Did you see the school’s conclusion? Because the school came to the conclusion that she did not harass the man. Where did you now get your own facts? I hope it is not that the media want to feed fat on this story.

“But if you have facts, disclose now but we won’t hesitate to go to court o. This is because the girl has been embarrassed a lot and so if you people bring it up again and embarrass her, we would not take it lightly. She cannot comment on this matter any longer because the case is even before the court. So she cannot start denying anything. If you guys have anything, bring it out.

“The school did a fact-finding of three levels and came to the conclusion that she didn’t harass anybody.

“I am aware of all these messages you are saying, but please check your facts very well and look at the time you want to be bringing them out. So I am not going to speak to you on this, if you have your facts, bring them out and we will reply at the appropriate time. If we need to go to court, we will go to court.”

In his response to enquiries from New Telegraph, the university’s Vice-Chancellor, Eyitope Ogunbodede, confirmed that the institution received the seductive messages by Ms. Osagie to Mr Akindele as part of the lecturer’s responses to his query, but that they were not sufficient enough to exonerate him.

According to Mr Ogunbodede, the evidences showed that the two were found culpable, but that in the circumstance, there was a weaker partner and a stronger partner.

“Prof. Akindele provided information that Ms. Osagie sent him nude pictures, but the panel did not consider that as sufficient justification for his actions and inaction.”

The don added that all laid down procedures were followed before reaching the conclusion.

He explained that the panel had also considered punishing Ms. Osagie, but found out that she was no longer the university’s student because she had overstayed on her MBA programme and so had lost her studentship.

The VC said: “Let me tell you that the university was not silent on the lady. If you read the press release, you would see that we really mentioned something relating to her in the report, but lecturers are supposed to act ‘in loco parentis’ for students. Even though Prof. Akindele provided the nude pictures, the right thing for him to do would have been to report her to appropriate authorities. And even as a stronger partner, Prof. Akindele had every right to discipline the student.

“And honestly, if our student had also been found culpable, the ideal thing would be to discipline the student. But in this case, this lady is no longer with us. The lady came for a programme, but she did not complete her programme within the stipulated time, and so she is not a registered student of our school. As at the time the issue came up, she was trying to resolve her failed courses, but could no longer come in to register. So the situation would have been different if she was our student. But in this case, the lady is not entitled to our certificate.”