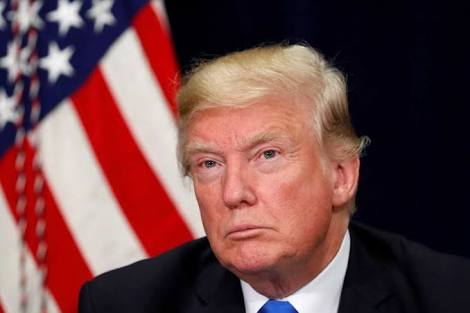 leader Kim Jong Un in Singapore aimed primarily at securing the denuclearization of the North.

“After so many years, this will be a great moment for so many families. Thank you to Kim Jong Un,”

A White House statement earlier said: “We are encouraged by North Korea’s actions and the momentum for

The White House in a statement said a U.S. military transport plane flew to an airfield in North Korea’s

northeastern city of Wonsan to bring the remains to Osan air base in South Korea.

blue-and-white U.N. insignia, placing them one by one into silver vans waiting on the tarmac in Osan.

Straight-backed officers looked on next to the flags of the United States, South Korea and the UN.

A formal repatriation ceremony would be held at Osan on Wednesday, the White House said.