Home News I was in the wilderness-Dino Melaye. 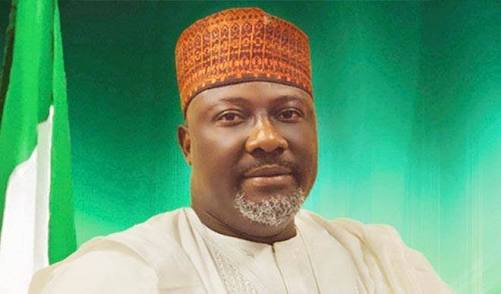 After he he was released, he shared his experience in the hands of his abductors.

His abduction was announced by a Senator, Ben Murray-Bruce, who tweeted about it on Thursday, saying Senator Melaye was kidnapped on his way to a court hearing.

He is facing trial for alleged gun running.

Senator Melaye expressed gratitude to God for keeping him alive after spending some days in the wilderness.

“I thank God once again for escaping another dangerous attack. I also thank Nigerians for their prayers and show of Love.

“Spent 11 hours in the wilderness traumatized but God preserved me. God is the best and in whom ONLY I trust.

“They will continue to try. WE SHALL OVERCOME!!!

The Police had said no report of his abduction was made to them, but there are indications that they have started investigations.

IBB reacts to the defection of APC senators to PDP.