Home News THE TRUE REASON WHY THE APC MINI CONGRESS WAS CANCELLED – Hon.... 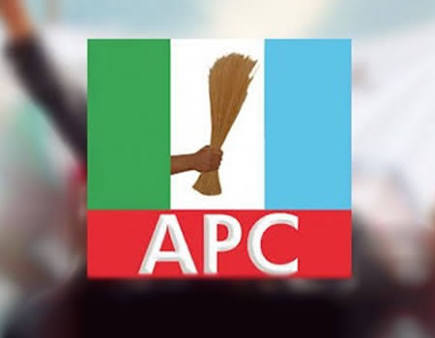 THE TRUE REASON WHY THE APC MINI CONGRESS WAS CANCELLED.

Politics they say is a dirty game. A game only for the crafty and manipulative. It is a game that does not guarantee fairness and justice. It is a game of betrayal and the same time where there is no conscience.

The event of yesterday where APC aspirants who are loyal to comrade Adams Oshiomhole could not reach a consensus of who to challenge Obaseki in the primary was not just a game of betrayal but a game of breach of trust.

The whole thing started as a rumour that one of the aspirant was been sponsored by Captain Hosa Okunbo who took him to Tinubu and promise to sponsor his election. That there is pressure on Comrade Adams Oshiomhole to dump Dr. Pius Odubu who he has already promised the ticket due to his loyalty, consistency and frontline role in the rescue of the party.

Many of us did not believe the captain Hosa and Tinubu story until we started seeing that almost everybody working with comrade Oshiomhole has already been bought over. But the party members and leaders were with Odubu.

The narrative they were selling to them is that Tinubu and Captain Hosa have already endorsed the aspirant and ready to sponsor his election. That APC need someone like that aspirant who already have this big sponsors to win election because money is needed to defeat the incumbent.

We were not worried of the plan because we knew that it will not work because the real party leaders were with Dr. Pius Odubu and some with Engr. Chris Ogiewonyi except for few who were waiting to get directions from comrade Adams Oshiomhole.

The meeting was actually summoned for yesterday for leaders in the three Senatorial district to meet and pick one consensus candidate because Comrade does not want to make the mistake he made in 2016 where he singlehandedly pick Obaseki and was later blamed.

The criteria for attending the meeting was very clear. One leader from each local government, serving and former National assembly members, the 14 members elect. Some persons like Osakpawan Eriyo, Tony Kabaka and some other persons were also chosen to attend the meeting because of their sacrifice for the struggle so far. There was an initial protest by some persons that the 14 members elect cannot be in the meeting because there was credible information that they were already been paid to work for Ize Iyamu by Captain Hosa and Seid Oshiomhole , Oshiomhole’s younger brother was heading the movement.

However, a day to the meeting, it was clear Dr. Pius Odubu was going to win because going by the delegates who were attending. We also discovered it was not true that 14 members elect were for Ize Iyamu as about 8 of them have already decided to support Odubu due to pressure from party members and leaders who have conscience that it will be wrong to sacrifice Odubu for somebody who just joined the party because one man has agreed to sponsor his election somewhere. At about 3pm on Thursday Dr. Pius Odubu was already having more than 65% support from the delegates.

Interestingly, Lucky Imasuen was sent to conduct the mini Congress and he was very fair and open, but unfortunately, when the Ize Iyamu people realised that with that list, Odubu will comfortably win because the 14 house of assembly members they thought were with him only 6 are actually with him, they quickly ensured the list was changed.

The doctoring of the list that Wednesday night that saw the emergence of loyalist of Ize Iyamu was the beginning of the problem as the other major aspirants vehemently rejected it.

For example, it was agreed that since the major aspirants are from Orhionmwon, no delegate will come from there but in the new list we saw the name of Mr Wilson Ogieva, one of the PDP members who just decamped to APC. We saw That Tony Kabaka who is one of the staunch supporter of Odubu name being removed. We also realised that the names from Edo North were changed to favour Ize-Iyamu. This was what angered the aspirants and party members who discovered that the whole exercise was already arranged to favour Ize-Iyamu who just joined the party.

On Thursday morning the other four aspirants
Dr. Pius Odubu, Engr. Chris Ogiewonyi, Gen.Charles Airhiavbere and Chief Solomon Edebiri met and resolve not to be a part of the charade. From the meeting, they all moved down to Lucky Imasuen house the venue of the meeting to inform the committee sent by comrade Adams Oshiomhole that they have lost confidence in the entire process and cannot be a part of it.

It was at that moment that Osakpawan Eriyo(Nomolese) , Tony Kabaka, Shaba and other youths of the party who felt provoked by the betrayal of Dr. Pius Odubu who has sacrificed so much for struggle and has been loyal started protesting. They vowed to resist the injustice and never allowed it to happen.

It was also discovered that Prof. Ihonvbere who led the team from the National Chairman instructed many delegate to support Ize Iyamu as that was the instruction from comrade and many persons fell into it.

Whether it is really true that those who came to influence the process with the name of the National Chairman was actually working under his or were using his name will be determined by his actions later.

It is sad that we are back to where we are coming from. This was the same politics they played in 2016 that led us to where we are today. They came to tell us that Dangote was for Obaseki and he is ready to bring billions for his election, and again this time, it is Captain Hosa whose name they are now using to sing bell that he will sponsor Ize Iyamu if giving the ticket. This is the dummy they have sold to many that made them to immediately start running after Ize Iyamu.

Loyalty, integrity, consistency, sacrifice, capacity and humility was almost sacrificed for money and imaginary structure . Whether Comrade Adams Oshiomhole was actually a part of this plan to humiliate Dr. Pius Odubu or it was actually some persons who were using his name will be a matter of time.

My joy is that the other aspirants and critical leaders of the party have unanimously agreed to oppose this arrangement and will vehemently reject. It was the mistake of Oshiomhole of supporting a stranger in 2016 because of Dangote is what has brought this party to where we are today and we will not allow this mistake to happen again with the name of the respected Tinubu and Captain Hosa been used to intimidate us.

We have seen candidates who never have even up to N100Milllion in their account or known defeating an incumbent governor not to talk of a man like Dr. Pius Odubu who is not a poor aspirant or unknown.

Those who came into APC and was received with Joy now trying to use their external influence to undermine the party will be rejected. We know there is no justice or morality in politics, but in this particular case we we ensure it because we cannot run from one frying pan to another trying pot.