Home News The PDP Brought Garba Shehu to Limelight. PDP Is His Mother and... 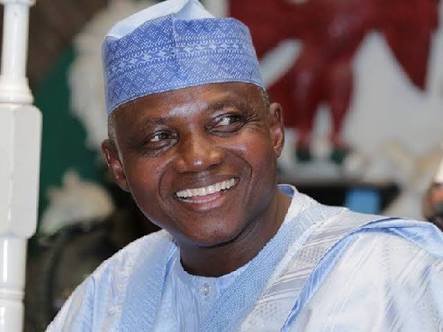 Quite unfortunately for President Buhari’s spokesman, Garba Shehu, my attention has been drawn to some hypocritical statements he made to the media.

“Tell Reno and his friends that Nigerians want their moneys back and they should forget about presiding over the affairs of this country.”

It is so sad that Mr. Shehu would choose to go the route of hypocrisy. What do I mean? Let me explain.

Garba Shehu was Special Assistant on media for years during the Peoples Democratic Party administration of President Olusegun Obasanjo. Garba did not resign from that government.

Garba Shehu cannot deny this because his office was opposite mine at the Presidential villa between 2003 when I returned from the United Kingdom and 2005 when I went to the US.

Garba shehu used to craft very strong anti Buhari press releases for the PDP during his 12 year sojourn as a PDP member, which included years spent as SA media under Obasanjo. Now he crafts press releases for the same man he once attacked against the same people he once praised! Garba is the epitome of AGIP-Any Government in Power. I am the epitome of loyalty. There is no basis to compare myself with him. I follow my conscience. Garba follows his stomach.

I challenge Garba Shehu to come out and tell Nigerians whether I am lying? Or does he want me to provide proof. Garba Shehu would do well to remember that I am a very meticulous record keeper and fact provider!

Garba Shehu attacking the PDP is like a child attacking his own mother. The PDP brought Garba to limelight. The PDP is Garba’s mother and father.

When Garba Shehu indicts PDP for 16 years of alleged ‘misrule’ he should accept responsibility for 12 of those years.

Instead of being a hypocrite, Garba should tell Nigerians:

* Where their $25 billion NNPC money is
* Who reinstated and double promoted Maina
* When Babachir will be prosecuted
* Why the ES of the NHIS who was indicted for misappropriating ₦ 10 billion was restored.
* Who owns the Ikoyi billions.

Nigerians would recall that in a statement issued by Garba Shehu during former President Olusegun Obasanjo’s birthday last year, President Buhari called him President Obasanjo a statesman ‘with commitment to good governance’. Today, the President is hinting at probing Obasanjo’s alleged $16 billion power project contracts just because Obasanjo is against his re-election. War on C̶o̶r̶r̶u̶p̶t̶i̶o̶n̶ opposition!

This is the type of hypocrisy that President Buhari and Garba Shehu are known for, which is why Nigerians are determined to Change the Change in 2019.

Reno Omokri
Bestselling author of Facts Versus Fiction: The True Story of the Jonathan Years: Chibok, 2015 and Other Conspiracies.