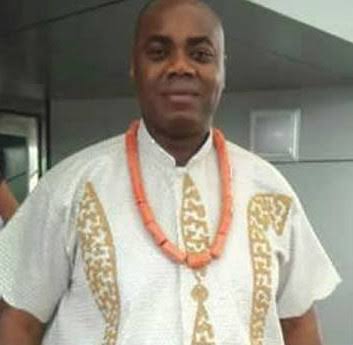 “Whom the cap fits let them wear it”

This article is going to be in three (3) parts. The first two may be esoteric to most of my readers but nevertheless it may be an interesting and perhaps entertaining read. In general it is loosely about mental health.

The generation (age) between 60/45 (perhaps 40ish) seems to be the last of of the tough love African social inculcation. This generation were built to handle all sorts of hardships and improbabilities. They are probably the last, when it was commonplace to be given a good spanking, walloping, brain recalibrating konk, hot slap, rushing by parents or elders. Strangely enough, mothers were usually the enforcers. Then, if a parent ask you to jump, you did not ask why but how high? There were rarely debates or discussions on such matters. In those days your parents will gladly tell you “If you want to die go and die, we have other children.”

Ours was a generation that could handle parental dysfunction, internal social distancing lol, “perceived” wickedness, immense shouting and get on with it.

The generation that climbed trees, fell, grazed, bruised and broke something, tried to scale fences with adorned broken bottles on top, danced in the rain naked, walked bare feet only for chukuchuku or nail to pierce their feet. Tetanus injection? For where? How? More like hot stone, fire and iodine treatment. A generation that used spit and sand as antiseptic upon any not so severe wounds.

The generation of Blue tin glucose and that horrible Milk of Magnesia. Diapers? For where? Washable cloth nappies with oversized safety pins. The generation that believed that a thread on the hair or cottonwool on a child’s forehead could stop hiccups. That drank cool and refreshing water from a clay pot or well often in the middle of the house and also knew what parlor, tumbler and breaking plate meant.

The generation that played house, mummy and daddy ( emiababa in Benin language), with used tin tomatoes cans, parental scraps or remnants and periwinkles as protein upon a small bonfire.

The generation where your exam results were made public via notice board and if you failed your parents wrath and disdain was also public. “Dunz” was a common phrase.

The generation of pick pin, angle 90, got caned or whacked in school as punishment, got detention and was told to write a thousand word essay about the inside of a ping pong ball.

The generation when Air-conditioners were a luxury; enjoyed rain hitting against tin roof(s) that was instantly rhythmic and melodiously induced deep sonorous(snorenorous😂) sleep.

The generation that rolled tires on the street, created their toys, knew how to use boris with planks to make a Go-cart that had rattling cans behind, that used newspapers, broomsticks, mothers sewing or hair thread and eba as gum to make a kite. The well to do rode Chopper bicycles.

The generation that scaled fences to go out to clubs at night, pushed cars out well away from the house to start it at night and rolled it back in after a night’s outing. A generation that learnt to bribe gatemen.

The generation that wasted no part of the chicken like neck, feet, head and beak.

The generation of goody goody toffees, colored Ice Lollipop in a cellophane bag that ran out of color and sweetness very quickly leaving you plain very hard ice to suck “in perpetuity,”

The generation that their parents locked the rotary phones with a padlock and had to use their ingenuity to tap numbers. Hint-zero(0) was ten taps.😁😂😂🤣

TO BE CONTINUED (Part 2)