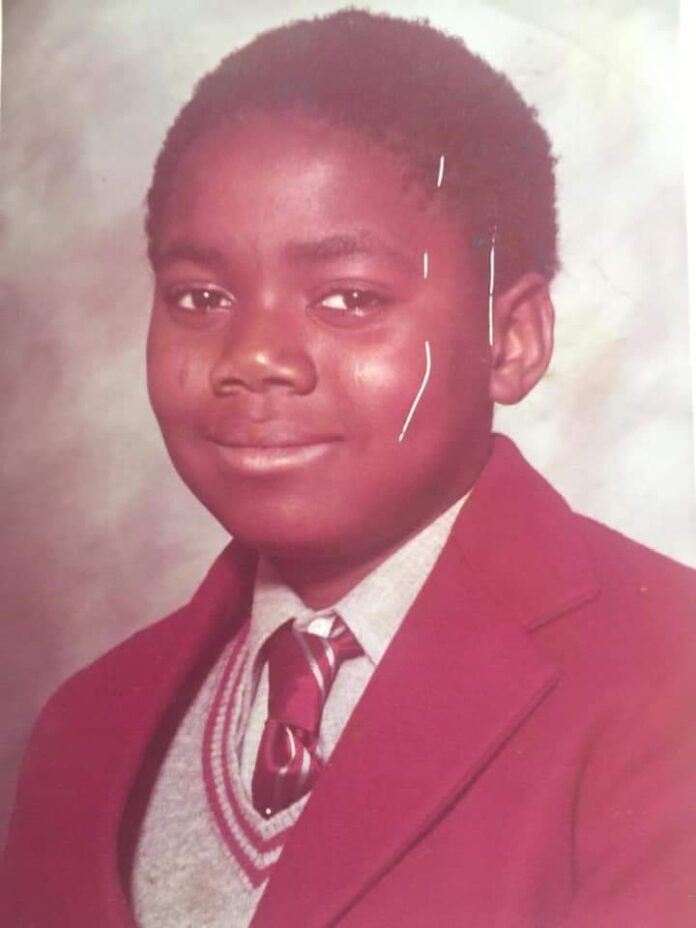 “Whom the cap fits let them wear it”

The generation that was sent or perhaps dumped in boarding school and spoke to their parents once in a blue moon due to technological limitations at the time. Where your parents would go and queue at P&T/ Nitel, paid extortionate prices just to speak to their loved ones for 2/3minutes. “Par Avion” was the common mode of communication if you schooled abroad.

The generation that loved Indian movies,(Amitabh Bachchan and “ Love in Tokyo”), Cowboys and Indians, Rintintin, Asterix & Obelix, Bazooka Joe, Hotel De Jordan, Cock Crow At Dawn, Village Headmaster, Mind Your Language, Original James Bond etc etc. The Betamax, VHS, cassette ,Sony Walkman, Polaroid generation who transitioned from black and white to color television that came on between 5pm to midnight only. The generation that used 090 lines, pangolo’s with a long string to connect them as a mock phone, put glass on walls to listen to next room conversations and whistled to their friends.

THE GENERATION THAT WROTE LETTERS TO GIRLS IN THIS MANNER “Time and ability plus double capacity has forced my pen to dance automatically on this benedicted sheet of paper….. Sweetie pie, the reason why this miraculous thing is happening is because, honey, I love you spontaneously, and as I stand horizontally parallel to the wall and vertically perpendicular to the ground now, I only think of you….i love you and if you ever leave me, you will commit me to mortuary and do obituary🤣🤣😂😂

The generation that could use catapult to maim or kill birds, lizards (especially the Agamidae known commonly as red neck). That knew how to smoke any animal out of a hole.

The generation that saw the last of the masked shit packers. The naughty boys that would go and throw potash into the shit so it bubbles on the poor masked man who would often get so angry and dump it on their front porch.

The generation that used cutlass to cut grass in the boiling hot sun as school activity, that respected seniority and where school fadas and modas thrived.

The generation that could dodge mini WMD (Weapons of Mass Destruction) 🤣🤣from parents or elders. This generation will remember the “ go and pluck your own cane scenario”.

The generation that their Afro or coarse hair looked like one million black power fists that often broke many wooden combs, used hot iron picks and Stay Soft Gel or cream to manage their hair. A generation of jerry curls lovers that would stain all surfaces with dripping oil; flick that hair and you might just blind somebody.

The generation that grew up listening (mostly in Hausa accent) to coup plotters marshal music and speech, knew about the odd and even number license plate days in Lagos or which theater is referred to as Gowan’s cap and who were completely mesmerized and glued to any television set during FESTAC 77.

The generation that knew what a manual window roller, carburetor, no Ac and perhaps only sparse radio channel in a car. The generation that experienced using their hands to help assist a window up, used cellophane, plastic or anything possible to block the rain when the car roller got stuck or lost and had challenges with windscreen wipers. The generation that had no issues driving around in partially rusted or dented cars. Na who look E eye go pain!!!

The communal generation that food will be loaded on one plate and family or friends gathered around to devour it. Caveat- meat was taken according to age. Break that protocol and all hell breaks loose. If you were smart and fast you could distract and wrap an extra meat into your swallow. If you got caught the repercussions were often not pleasant lol. The meat size diminished with age and often only bony meat was left for the youngest person but loving mums would sometimes secretly give meats.

The generation where older sisters beat up anybody who threatened or beat their younger brothers or sisters . The generation when any lady who smoked, wore trousers,chewed gum with open mouth Kpa kpa kpa and blew bubbles were frowned upon as the Benin’s would say “efieria”( free area). If you know you know. The generation where abbreviations where not the norm, bra was brazier, underwear was (DROSS),undershirt was singlet. The generation that wore full pant not g-string or thongs. I’m sure mummies of yesteryears would have wondered if thongs were catapult.

The generation that felt all mum’s could cook like an angel and swat you like a devil if you tried to eat it before time. Girls especially helped their mums peel egusi seeds and were natural apprentice in the kitchen. Somehow somehow this was a time when food could be preserved without fridge or freezer.

The generation that played Drafts, Ludo, football and table tennis on unimaginable surfaces of creativity. Such games were second nature. We were naturally coordinated, smart and strong. Oooh oooh the ever so sweet rain-ball with barefoot on the predominantly mud not grass surfaces. As boys the only people that did not have scars were yet to free themselves from their mother’s womb. Scars were a badge of honor.

Finally, the generation of predators lol who waited for the slow/blues music at the end of a party or club to pounce on their prey. As the slow dance progressed so did the hands of the guys moving downwards to the bum bum and the girls tactfully relocating it back to their waist. A party or club that didn’t end with slow music was simply unheard off or rubbish.

A cassette has cut, how do you repair it? How do you rewind or forward it manually? Name at least three ways.

English boys and gals-how did you make free calls from coin boxes?

What is a reverse charge call?

NB- Part 3 gives the reasons why I have painstakingly ( though I enjoyed it thoroughly) given so many reminiscent examples.

Trump thanks North Korea for returning remains of 55 missing soldiers.