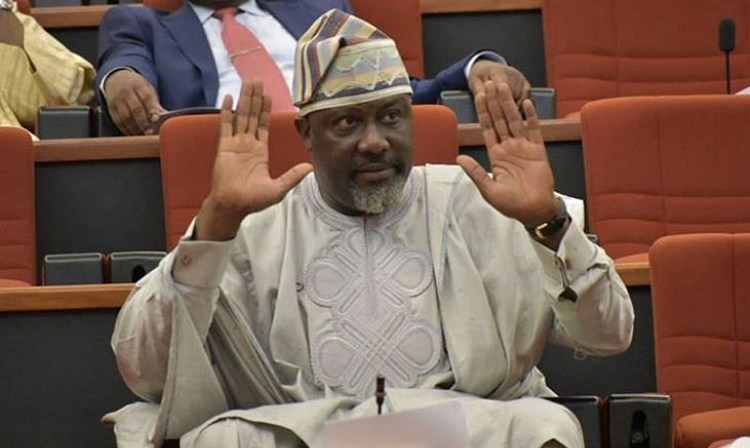 Still, on his hospital bed, Senator Dino Melaye has been placed in Handcuffs by officers of the Nigerian police force. It will be recalled that Melaye was arrested on Tuesday for allegedly smuggling guns and conspiring with criminals.

Melaye escaped from police custody by jumping out of a moving vehicle from where he was picked by thugs loyal to him in two Hilux trucks and then transported to a Zankli hospital in Abuja. 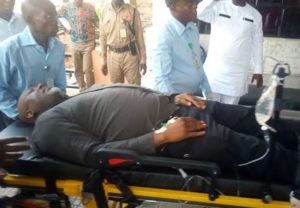