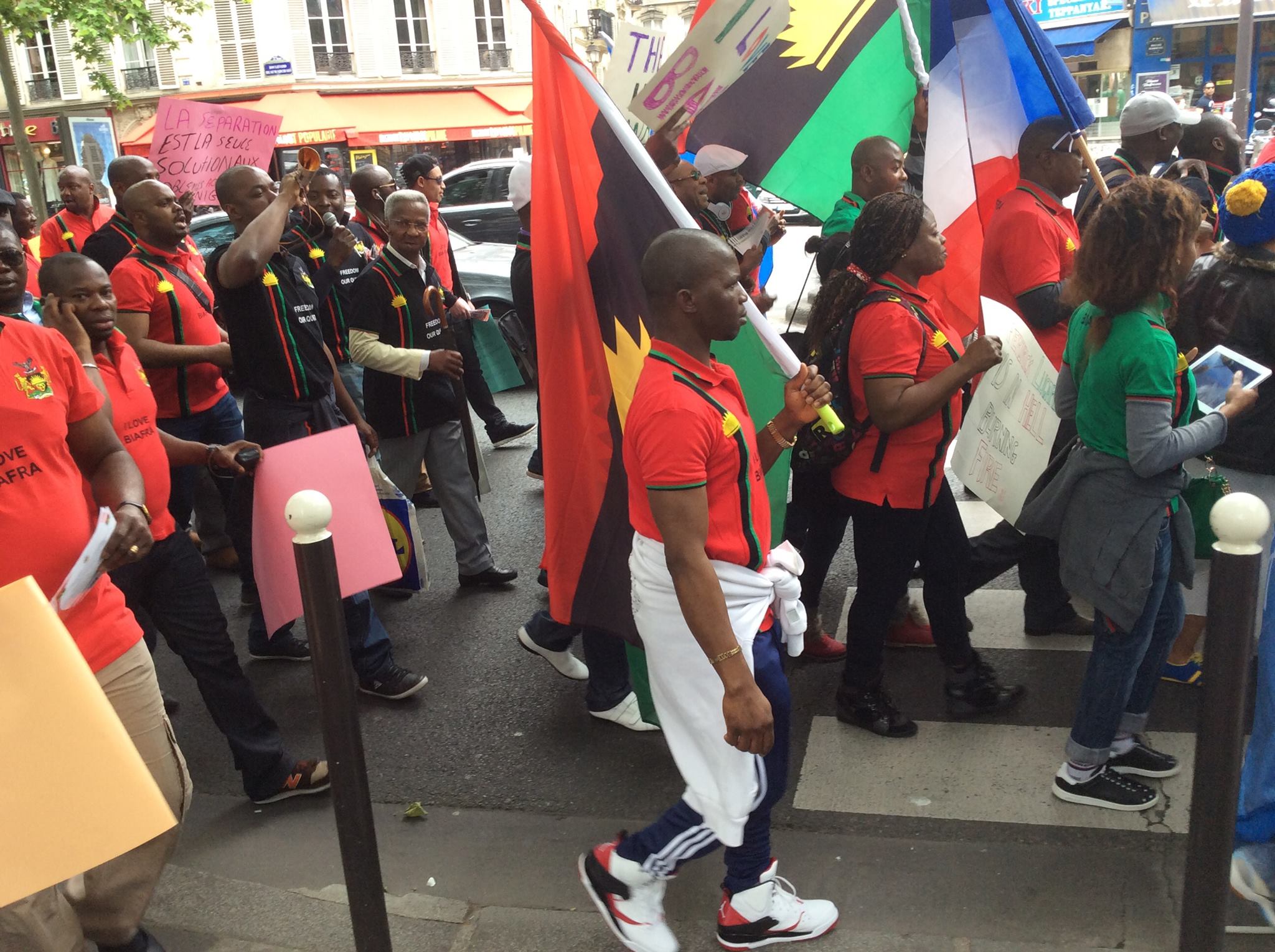 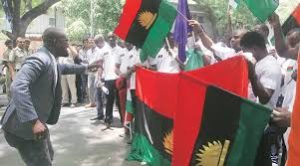 The Police on Tuesday foiled an attempt by some pro-Biafra agitators to mark the ‘Biafran Day’ with a parade in Enugu metropolis.

The secessionists, who are members of the Biafra Independence Movement faction of the Movement for the Actualisation of the Sovereign State of Biafra, had converged on Afia Nine, in the Obiagu area of Enugu, from where they planned to march through the city.

BIM, led by former MASSOB leader, Ralph Uwazuruike, had designated May 22 as ‘Biafran Day’, even though other pro-Biafra groups, including MASSOB and the Indigenous Peoples of Biafra, celebrate the anniversary of the defunct Republic of Biafra on May 30 — the date the breakaway state declared independence from Nigeria in 1967.

About 20 BIM members, who were dressed in Biafran colours, were arrested when the Police swooped in on the group.

Biafran flags and other paraphernalia, and musical instruments, including bands, as well as public address systems, were recovered from the agitators.

Spokesman of the Enugu State Police Command, Mr. Ebere Amaraizu, who confirmed the development, said the secessionists were arrested for ‘disrupting the peace’.

Amaraizu further disclosed, in a statement made available to journalists, that Enugu State Commissioner of Police, Danmallam Mohammed, has warned against any breakdown of law and order in the state in connection with the agitation for Biafra.

Parts of the statement read, “Enugu State Commissioner of Police, Danmallam Mohammed, has warned against any action by any individual or group of persons, under any guise, that is capable of disrupting the existing peace in the state.

“According to the commissioner of Police, anybody or group of persons caught would be made to face the full weight of the law in accordance with the relevant sections of the law.

“Danmallam advised members of the public to be law abiding and go about their normal lawful business without fear of any intimidation or molestation, as the Command’s operatives, working in partnership with sister security agencies as well as relevant stakeholders, will not condole any act capable of disrupting the existing peace in the state.”

Amaraizu added that the Police has commenced investigations into the development.

Xenophobia: 640 Nigerians are ready to return

Police kills NYSC member a day to passing out.