Home Entertainment Lessons from the Royal Wedding. By Reuben Abati. 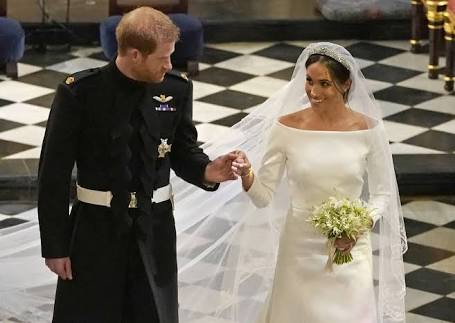 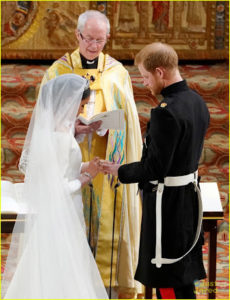 I could not resist the temptation to watch the royal wedding between Prince Harry and Meghan Markle.
The symbolism of the event was too compelling to be ignored – a Windsor marrying a bi-racial lady, a divorcee, an American and an actress, from an obviously dysfunctional background.
When King Edward VIII chose to marry an American divorcee, Wallis Simpson in 1936 – the British royalty kicked, the government and the Church demurred. the public was scandalized. Edward VIII followed his heart.
He abdicated.
The British monarchy has been much transformed since then. Queen Elizabeth II presides over a modern, if not post-modernist monarchy; by granting the enabling order for the wedding of Prince Harry and Meghan Markel, the Queen dug a hole through the walls of race and prejudice and offered hope.
A future English prince or princess would end up having black cousins, aunties and uncles! 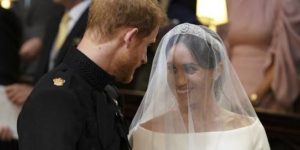 This symbolism was most felt at the wedding ceremony- with an all black cast of the Kingdom choir, wearing natural hair, buns and African hairstyles singing “Stand by Me”, Sheku Kanneh-Mason on the cello, and an impassioned sermon delivered by Bishop Michael Curry of the US Episcopal Church. Curry practically took Chicago to London, as he sermonized about the power of life, the fire of love, slavery…. Martin Luther King.
I wouldn’t have been surprised if he had asked the congregation to stand and sing a chorus or if he asked whoever wanted to give his or her life to Jesus Christ to step forward and be blessed…Bishop Curry’s performance will be long remembered. 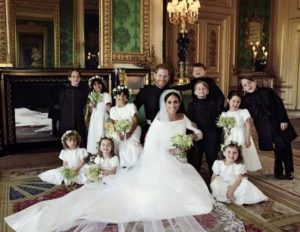 The wedding was orderly, simple, classy and elegant.
The bride carried herself with grace and dignity – not even a trace could be seen of the pressure that had been piled on her, a few days earlier, by her father who was not too sure if he would attend or not, and her uncouth half-brother and half-sister who chose her moment of glory to bring out dirty family linens.
She had to walk alone half the way, before Prince Charles took her arm and walked her down the aisle – without giving her away, though.

The guests arrived according to schedule, and every one knew where to sit.
I did not see anyone running up and down trying to greet people, and generally seeking attention.
The Queen and Prince Phillip did not come late, not even for a second.
The Queen carried her own bag and she didn’t have a retinue of noisy courtiers attending to her. In Nigeria, “big men and women” routinely arrive late to their own events, usually so noisily.
All the celebrities at the royal wedding did not have barrel-chested bodyguards. I was at a wedding event in Lagos recently, the comperes – Ali Baba and IK Osakioduwa – spent so much time begging uniformed bodyguards to allow their bosses to be human for once.
Nobody listened. At another event, Bisi Olatilo kept assuring every one that no VIP at the event will come to any harm. He was ignored.
Six gun-wielding policemen accompanied one state Governor into the hall and they stood behind him throughout! When he was invited to the stage to make a speech – they followed him!

Social events are thus, indeed, iconic. They reflect a people’s level of socio-economic and cultural development.
The church service in London was solemn. There was nobody shouting “Amen” and “Halleluyah somebody” on top of their voices. The church did not solicit for offerings or donations. There were no politicians hugging the limelight. Heads of State were not invited. Some of the richest persons in the world would have been glad to be in attendance, but only a few were called.
Ha, I forgot: there were no photographers running up and down, sweating and disrupting proceedings, pushing their cameras in people’s faces, with flashy, blinding lights – photographers can be such a nuisance at Nigerian events! 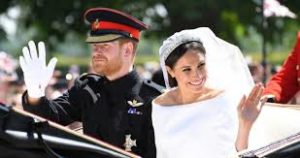 When you attend most weddings in Nigeria, so much flesh is also often on display: from the bride to her bridesmaids, there is usually a nudity competition – bare legs, bare boobs, with some of the latter even threatening to break loose.
This at a point became such a serious problem that some churches now inspect wedding gowns or offer specifications.
No wedding is complete these days around here without heavy make-up either. You could run into a lady whose wedding you once attended and not recognize she was the one.
In an attempt to be beautiful by force, every Nigerian bride engages the services of a make-up artist, and when the make-up is done, you’d think the bride is taking a role in a movie.

Nigerian weddings provide an opportunity for the guests to show-off and steal the show. Some people even go to weddings, to as they say, network, or advertise their new wardrobe, or dance crazily, some even end up dressing better than the groom and the bride.
The wedding of the Duke and Duchess of Sussex provided good lessons in taste, etiquette, elegance and the triumph of love. I enjoyed the wedding very much – on television of course.