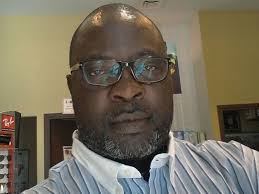 Peoples Democratic Party, PDP, Presidential Campaign Organisation, PPCO, has stated that the forthcoming election may not be peaceful due to the alleged harassment of the opposition by the Federal Government led by President Muhammadu Buhari.

PPCO made this known while petitioning the Chief Justice of Nigeria, Walter Onnoghen over the incarceration of Kogi West Senator, Dino Melaye and renowned activist, Deji Adeyanju.

While addressing a press conference on Sunday, the Director of PPCO’s Media and Publicity, Kola Ologbondiyan, informed Onnoghen that there was plot to charge Melaye, Adeyanju and others who opposes the government before judges that are compromised.

Ologbondiyan in the said petition claimed that the aim of the government was to incarcerate opposition till after 2019.

He remarked: “PPCO notes that peaceful election cannot be guaranteed as long as the Buhari-led Presidency continues to besiege, harass, intimidate, unleash violence and provocative acts of totalitarianism against opposition figures and persons perceived to be against President Buhari’s self-succession bid.

“We alerts the entire world and particularly the Chief Justice of Nigeria (CJN) of the ongoing use of the Police to clamp down on opposition figures, particularly members of the PDP Presidential Campaign Council and outspoken CSOs on trumped-up criminal charges.

“Part of the plot is to charge such individuals before certain compromised judicial officers, in various states, who have been briefed to detain, silence and put such opposition figures and CSO members out of circulation until after elections are concluded.

“Particular cases at hand are those of our Presidential Campaign Director on Civil Societies, Senator Dino Melaye, who is being hounded for his outspokenness against the misrule of the Buhari Presidency, as well as Civil Rights activist, Deji Adeyanju, who is widely believed to have been held down in prison because of his scathing criticism against the violations of the rights of Nigerians by the Buhari Presidency.

“PPCO recalls that Senator Dino Melaye had earlier alerted of plots by the Police to arrest and poison him. His present ordeal as well as those of the civil rights activist, Deji Adeyanju, in the hands of the Buhari-led authorities, is incendiary in an election year and we insist

that no harm must come to them or any member of the opposition or CSOs, before, during and after the elections.

“PPCO is aware that the aim is to use the state apparatus of power to attempt to instill fear in Nigerians, stifle free speech, cow opposition and CSOs to silence so as to pave for President Buhari’s self-succession.

“This is a clear attempt to return our nation to the nightmares of the 1984 when draconian leaders forcefully subjugated innocent Nigerians under the grips of military Decree 2 and we urge the CJN to save our nation by insulating the judiciary from this ignoble scheme.”