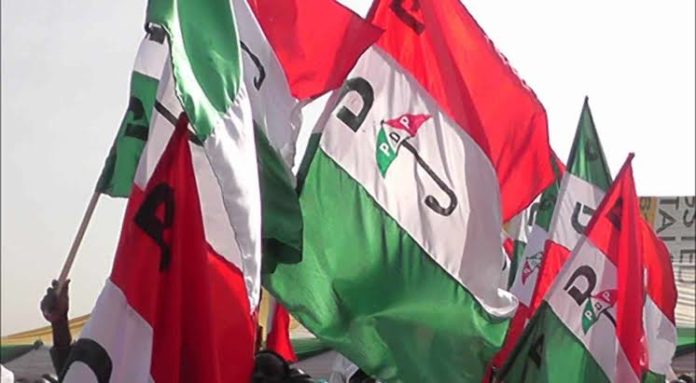 The Edo state chapter of the Peoples Democratic Party, PDP has decried what it calls “unwarranted delay” in the release of the Certified True Copy of the Enrolled Order of Judgement delivered by the Tribunal on September 8, 2019.

In a Press Statement made on Tuesday, the party called the attention of the general public and lovers of democracy to the happenings in the petition of Hon. Omosede Igbinedion vs INEC, Hon. Dennis Idahosa and the All Progressive Congress, APC, which the Tribunal gave decision in favour of Dennis Idahosa but being contested by Igbinedion.

The release, signed by the state`s Publicity Secretary, Mr. Chris Nosa Nehikhare and titled “The Injustice in the drama at Edo State Election Petition Tribunal” reads in parts;“Edo State PDP wish to bring to the attention of the general public and lovers of democracy the unwarranted delay in the release of the Certified True Copy of the Enrolled Order of Judgement delivered by The Tribunal on September 8, 2019 in the petition of Hon Omosede Igbinedion Vs INEC, Dennis Idahosa & APC in the House of Representatives election held on 23, February 2019”.

“The tribunal read and passed its Judgement 10 days ago and it was the first to be delivered”.
“It is a known fact that parties are allowed by law to go on appeal within 21 days of judgement”.

The Edo PDP sees the action as an attempt to deliberately delay and frustrate the appeal filing within the time allowed by law, of which it strongly believe that its candidate, Hon Omosede Igbinedion has good grounds of upturning the Tribunal`s verdict at the appeal court.

According the statement, “But our right of appeal is being frustrated by the deliberate delay to avail us with copies of the judgement to enable us file our appeal within time”.
“We are informed that APC leaders have boasted that by the time we get certified copies of the judgement, our lawyers will not have time to file any appeal. They have admitted in certain quarters that they may lose at appeal even though they know that the tribunal tried in its 5 hour long judgment to justify its position”.

“Edo PDP calls on the tribunal to immediately do the needful as it is common knowledge that copies of judgement passed several days after the Omosede Igbinedion petition have been made available to the parties involved”.
The party opined that the tribunal will be doing itself a great disservice if they allow APC to create the impression that in this particular case, they are taking instructions from “outside”.

I did not steal Nigeria’s money- Diezani Alison-Madueke cries out in...

Chairman of Edo PDP To Mediate In Oshiomhole, Obaseki Conflict