Home News Seun’s Resignation, The Perceived Impact on Our Budget and Planning 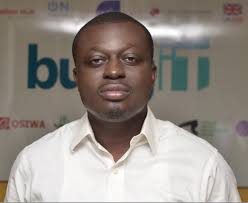 It is a big concern to me that this emerging generation has so trivialized our national challenges. Okay, let me understand this clearly – only folks who campaigned with us for President Mohammadu Buhari can and should serve in the administration of President Buhari? Seriously?Such a mindset underestimates the herculean task that fixing Nigeria represents.

Such a faculty is in fact a threat to our democracy – the desire to foster a patently insular and undoubtedly reprobate democracy of a perpetual cycle of ‘we versus them’.We were divided before the election. We were divided during the election. Should we remain divided after the election? Your desire is that President Buhari continues to preside over a divided nation of we (the election time supporters) versus the rest? That is not leadership. Dr. @Olumide and by good friend Akin Babalola were with me yesterday as I penned my message of support and congratulations to Oluseun David Onigbinde.

Before I could complete same, I got a report from Sulaiman Aledeh’s Whatsapp feed that Seun had resigned. This is a big loss to the country. Can’t you see it?Seun was not leaving Budgt because he was coming to chop in government. No. Seun was joining the Budget and Planning Team of the Federal Government because it would provide an official platform for him to do exactly was he was doing in Budgt on a scale that would impact the quality of our budgeting processes for the benefit of the Nigerian masses.

Haven’t we all shouted and thrown endless tantrums over the scandalous outrage of the impossible figures of our incredible budgets? Haven’t we all wondered why the monies are channeled South when the fundamental needs of our people are located East? Don’t majority rely on Seun’s Budgt works to balance and understand the terror that national budgets have been since the return to democracy – especially since UMYA? I know that many may assert that there were equally qualified men who could fill the same role among Buhari’s supporters.

Gentlemen and women, this is yes and no. The problem with Nigeria is not about skills. Our big challenge is a match of skill with passion and integrity to deliver on results. If those other guys would deliver on budget matters like Seun, they too would have been seized upon by similar passion and would have been on a similar self-propelled mission for transparent budgeting as Seun has been in the past decade.

More importantly, Seun has garnered enough reputation that would put him in the eye of the storm as the centre point of action and expectation – what the Akures call ‘oju kete nwo e’. Some have said Seun abused us during the campaign. So? Do you know the number of people that abused us on the street of Akure as I led a door to door and market to market campaign for President Buhari in Akure? As humans, I did not expect everybody to see issues exactly the way I saw it.

How can we all sleep and face an exact same direction? Yet, many of those youths have ran to me for assistance after the election. I recently provided a good job reference for a girl that yabbed us very well at unit 34 in Isikan. She got the job.Please, I appeal to those doing this to focus their energy at position misfits. There are misfits who have no business in being in leadership positions. Those are the folks you should direct your anger and energy at.