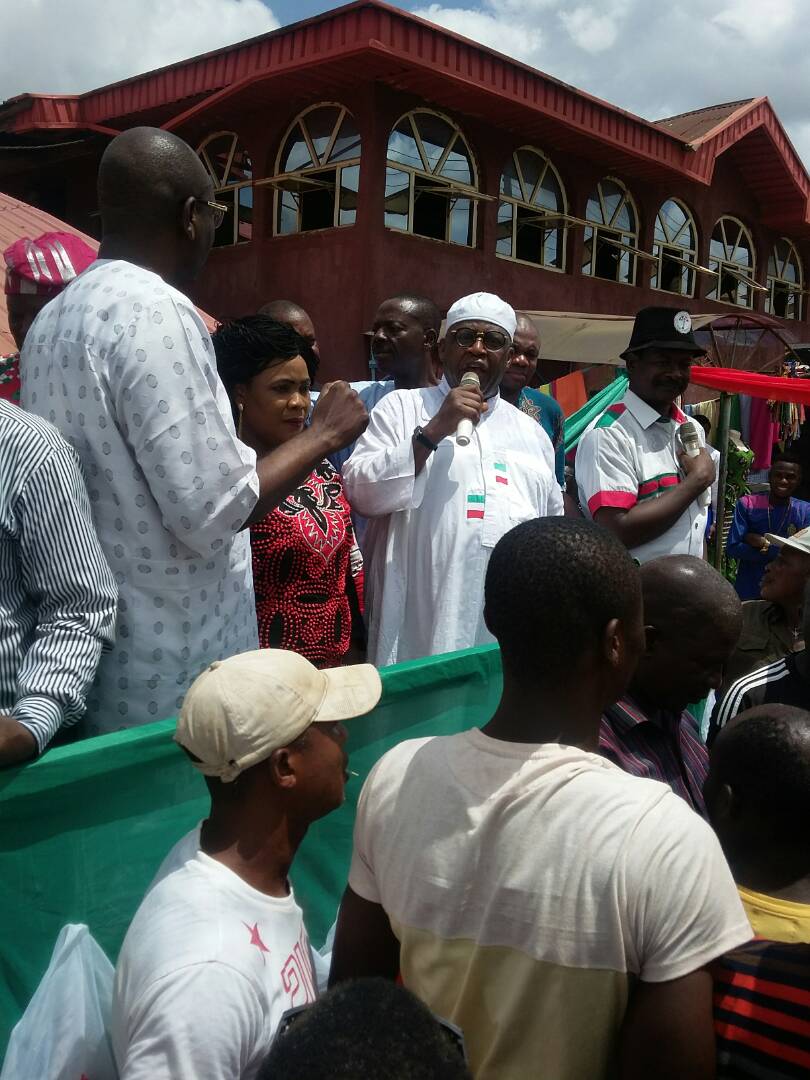 Edo state chairman of the PDP Chief Dan Orbih yesterday in Benin City declared that the party is very certain of victory and regaining control of the Federal government in the 2019 general elections.

He said this is because Nigerians will vote PDP in the 2019 polls because they are tired of the APC government which in the last three years visited insecurity, executive lawlessness, poverty, hunger and starvation on the masses.

Orbih was addressing party leaders and supporters who thronged a rally at Idogbo, the administrative headquarters of Ikpoba-okha local government area to receive over 2000 APC members who joined the PDP.

The decampees were led by a frontline Edo APC chieftain who is the immediate chairman of the Ikpoba-Okha local government council in Edo state and former state ch airman of the Association of Local governments, ALGON, Mrs Itohan Ogbeide.

Ogbeide who joined the PDP along with over 2000 supporters at the rally held by the PDP at Idogbo said for her it was coming back home to a party that has the interest of the masses at heart.

Receiving the decampees, Orbih said, “today in Ikpoba-okha local government area what we see is a movement of the people in favor of the PDP; it is a movement of people who are concerned about what is happening in Nigeria and in Edo state”.

“Democracy is on trial in Nigeria…Democracy is under threat with executive lawlessness, oppression and suppression of opponents and perceived enemies of the ruling party. This has made our job easier than in 2015 when the PDP won Edo”.

The PDP leader added that his party will win the 2019 polls because Nigerians now know better that, “the APC stands for poverty, hunger, insecurity, farmers can no longer go to the farms and people cannot move about freely”.

There was however a mild drama while the rally was on as hoodlums believed to be thugs of an APC leader in the council cut the cables linking the loudspeakers and momentarily disrupted proceedings.

IBB reacts to the defection of APC senators to PDP.