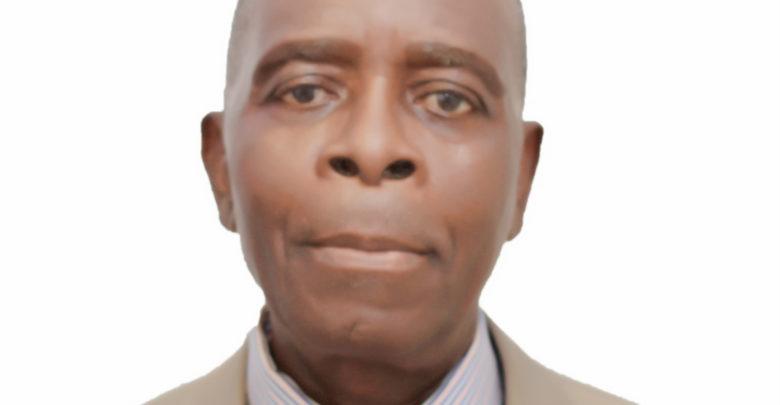 The lazy-man’s budget leaves a lot of idle funds for the Federal Government to throw around, thus producing a lot of corrupt tendencies. In a situation of this nature, a lot of slush funds are available. For instance, monies allocated for the procurement of arms and ammunition for the military end up in private pockets and illegal campaign funds. After government has paid itself bogus salaries and allowances; and after paying for those faceless constituency projects, it is time to close the books for the year.   The foregoing is bad but perhaps not enough to make a man cry. It gets really nauseating when the Executive branch comes up every year to slap us on our faces with stories of how it is borrowing, internally and externally, to finance the budget! The reaction of any normal person here would be, which budget?

We have argued elsewhere that slightly beneath all the theatricals and outward appearance of an adversary situation between the Legislative and Executive branches of the Nigerian government, there apparently exists, a grand conspiracy between them to foist on the nation, for want of a better description, what we call, the lazy-man’s budget.

This is a Capital Budget that is intended for 12 months but it operates virtually for less than four months in the year.We all agree that late budgeting is the bane of our nation’s development. But year after year, government gives us the lazy-man’s budget. This late budgeting is perhaps by a deliberate design of the Executive and the Legislature; who derive bountiful benefits from their apparent tardiness.

The Financial Year is from January 1 to December 31 of every year. On budgetary issues, for the first nine months, government is virtually on a leave of absence with full pay.

First, apart from a few scattered projects, chosen from the previous year’s bulk, albeit illegally, they are quick to say that there is the absence of the year’s approved budget; and by the time the budget is eventually approved around June, the rainy season has set in and public works are put on hold till October.

Search no further, then, why the Recurrent side of the budget invariably performs at close to 100 percent while the Capital side limps around the 13 percentage level.What we see here is that government exists for the sole purpose of paying salaries and allowances to itself, without giving any attention to the issues of development. This is irresponsible, to put it mildly; but it is what we have been seeing in this country.
The lazy-man’s budget leaves a lot of idle funds for the Federal Government to throw around, thus producing a lot of corrupt tendencies. In a situation of this nature, a lot of slush funds are available.

For instance, monies allocated for the procurement of arms and ammunition for the military end up in private pockets and illegal campaign funds. After government has paid itself bogus salaries and allowances; and after paying for those faceless constituency projects, it is time to close the books for the year.

The foregoing is bad but perhaps not enough to make a man cry. It gets really nauseating when the Executive branch comes up every year to slap us on our faces with stories of how it is borrowing, internally and externally, to finance the budget! The reaction of any normal person here would be, which budget?

Meanwhile, virtually all the Federal Revenue Agencies – Customs, Immigration, the Federal Tax Board, etc., (except the NNPC that is shamelessly honest enough to declare annual losses) – all others are on the rooftops, shouting how they have geometrically increased the trillions they are raking in. We believe them, particularly in the face of the Single Treasury Account procedure of the current administration.We remember President Olusegun Obasanjo. His administration prided itself of the efforts it made to pay off our foreign debts and how the balance was written off. But too soon, we are back again, to the debt regime like never before, to the extent that our annual budget for debt servicing is almost double our Capital budget and still rising! What is happening?
Contrary to common sense Economics, there is now a direct correlation between payment and indebtedness – the more we pay, the more we owe! In all our years of direct exposure to the budgetary process, we have never seen this phenomenon anywhere in the world.

Clearly, the Federal Government owes us an explanation here. Even at a time when our revenue profile is rising astronomically; and we are doing virtually nothing on the Capital budget, why should we be borrowing to perform at the bare 13 percentage level performance on the Capital budget? This has led us to conclude that the Federal Government is borrowing to finance fraud and nothing more!

Now, back to the late budget. When the late budget finally arrives, all accusing fingers are pointed to the National Assembly (NASS) whereas the duty of giving us an annual appropriation is shared between the Executive and the Legislature.

When the President presents the Appropriation Bill to the NASS in the dying days of the year, the popular press goes to work, urging the NASS to pass the Bill within the next few days, unknown to many that between project approval and authorization, and between proper scrutiny, legislative oversight and appropriation; the bulk of the work on the budget is in the NASS.

When President Muhammadu Buhari presented the 2018 Appropriation Bill to the NASS on November 7, 2017, he was praised to the high heaves; and people demanded that the NASS should approve the budget by the end of the year.

Even where the President’s presentation was slightly ahead of previous years’ presentations, it was already late. It is only now that my friends might begin to forgive me for postulating at that time that if the NASS worked extremely hard, the earliest time that the 2018 Appropriation Bill would be passed could be May 2018.

Indeed, if it took the Executive 10 long months to produce the Draft Estimates, why do we require the NASS to gallop through it in one short month?

Again, if the-powers-that-be are not benefiting from the late budget, why can’t they give us an early budget that is in tandem with our Financial Year by simply kick-starting the process early? After all, budgeting is an all-year-round affair; and budgets are not made into a water-tight compartment that cannot be adjusted in either direction. In the course of the Financial Year, unforeseen situations are accommodated by means of supplementary appropriations as amply provided for in Section 81(4) of the 1999 Constitution.

We have consistently advocated the adoption of a specific Budget Cycle, at least a semblance of what they have in the US, where by superior legislation, the Budget Cycle that runs for about 30 months, culminating in the presidential assent not later than October preceding the Financial Year for which the budget is intended.

In the absence of a Budget Cycle, we see a serious problem, which an unserious government keeps trying to give a cheap shot. As we speak, there is a measure at the NASS aimed at getting the Appropriation Bill to the NASS by September which appropriation bill must be passed by the end of the year.

This is benign tokenism and it merely begs the question. A measure that will work must not portray the government as being on leave of absence for the first nine months of the year.

It must include the build-up to that September date by capturing all stakeholders in the system, assigning specific dates for the actions of each so that any defaulter in the chain is easily exposed.

For a beginning, we demand that the 9th NASS must give us an Act for A Budget Cycle, based on an improvement on the following sketch:

March 1: The Budget Ministry shall issue call letters to the Ministries Agencies and Departments, including the Judiciary and the Budget Office of the National Assembly.

April 30: All requests are received and collated for onward transmission to the National Assembly.

July 31: The President presents the Appropriation Bill to the National Assembly.

August 31: End of Debates on the general principles of the budget and referral to relevant Committees of both Houses.

November 15: Appropriation Bill passed by both Houses; and forwarded to the President for his assent.

December 15: President assents to the Bill.

This is a prescription for a Budget that would be implemented throughout the Financial Year – from January 1 to December 31 – instead of the current ramshackle arrangement in which the Capital Budget runs for barely four months in an entire Fiscal Year.