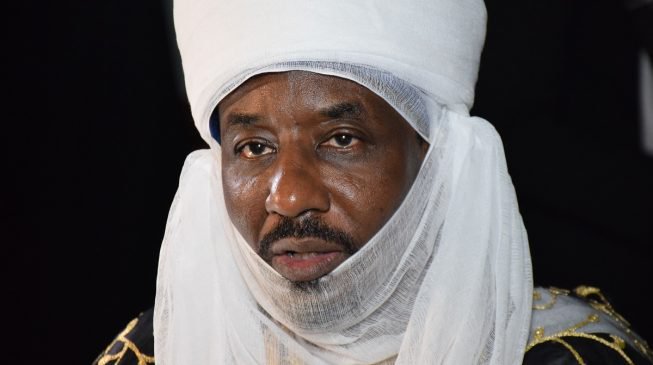 Abdullahi Umar Ganduje, governor of Kano state, has relaunched moves to remove Muhammad Sanusi II as the emir of Kano, TheCable can report.
On Monday, the Kano State Public Complaints and Anti-corruption Commission reopened investigation into the expenditure of the state emirate council under Sanusi II.

Also at Monday’s plenary of the house of assembly, Kabiru Alhassan Rurum, the speaker, read a letter from one Ibrahim Salisu and others, seeking the creation of new Kano emirates in Karaye, Bichi, Rano and Gaya.

“The governor is determined to remove the emir, and if this does not succeed, he will break the emirate into pieces to whittle down Sanusi’s power,” an official of the state government, who asked not to be named, told TheCable on Monday evening.

Ironically, Ganduje’s move to break theemirate into smaller units will mirrorwhat Abiola Ajimobi, the outgoing governor of Oyo state, did to the olubadan of Ibadan, Saliu Adetunji, whose authority Ajimobi sought to decimate by approving 21 beaded kings for Ibadan.

Ganduje and Ajimobi are in-laws.

Sanusi II’s problem with Ganduje is usually traced to his critical comments in 2017 on the award of contracts to Chinese companies by the state government and on the governor’s foreign trips.

Shortly after the comment, the KanoState Public Complaints and Anti-Corruption Commission alleged the misappropriation of N6billion by theKano emirate council “without the approval of the state government”.

The probe was halted then but it has now been revived.

Sanusi II is believed to have opposed the re-election of Ganduje, who needed a disputed supplementary election to be returned to office in the March 2019 governorship election.

In a letter dated May 2, 2019 seen by TheCable, the state anti-graft commission invited one Isa Bayero to appear before it to shed more light on the payment vouchers from 2013 to 2017 in his name.

Other officers in the emirate council to be quizzed, according to TheCable sources, include Mohammad Sani Kwaru, the accountant, Mannir Sanusi, the chief of staff, Danburan Mujittafa and Falakin Kano.

The letter said the commission was inviting the staff over alleged violation of section 26 of its enabling law in the management of the emirate’s funds.

The letter also stated that the invitation was sequel to the power conferred to it under “section 9 and 15 of Kano State Public Complaints and Anti-corruption Commission Law 2008 (as amended).”

Sanusi II was appointed the 14th emir in 2014 after his suspension from office as governor of the Central Bank of Nigeria (CBN) by former president Goodluck Jonathan.

Ganduje was the deputy governor to Rabiu Musa Kwankwaso when Sanusi II was appointed, but the former governor is no longer on good terms with his successor.

Kwankwaso supported his son-in-law, Abba Kabiru Yusuf, to challenge Ganduje, but the incumbent was returned with a score of 1,033,695 — a narrow difference of 8,982 votes.

Ganduje lost the Kano municipalheavily, leading to rumours that he would come after the emir after the election.

Sanusi II is the grandson of Muhammadu Sanusi I, the 11th emir ofKano who was deposed in 1963 after a disagreement with Ahmadu Bello, the sardauna of Sokoto and premier of northern region at the time.