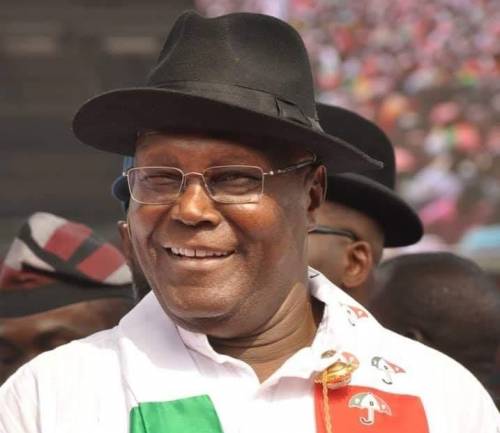 The Niger Delta Avengers (NDA) High Command has declared that the upcoming elections on the 16th of February, 2019, will decide where the country would go, as it would make or mar the continuous criminal exploitation and exploration of our natural resources that engenders the underdevelopment of the Niger Delta.

In their statement, they declared that they were adopting Alhaji Atiku Abubakar, as the sole candidate to be voted for by all the people of the Niger Delta as a result of his political ideology which is in tandem with our agitation for equitable and fair principles of federalism.”

The Niger Delta Avengers group has adopted Atiku Abubakar, presidential candidate of the Peoples Democratic Party (PDP), as its preferred choice for the 2019 polls.

A statement issued on Thursday by the group’s spokesperson, Brigadier General Mudoch Agbinibo, ridiculed the report that some ex-militants had endorsed the reelection bid of President Muhammadu Buhari of the All Progressives Congress (APC), noting that those who participated in that endorsement are “failures that abandoned the genuine struggle for the emancipation of the Niger Delta”.

According to the group, part of the reasons for endorsing Atiku’s candidature is his promise to restructure the country.

The statement read: “The High Command of the Niger Delta Avengers were not surprised at the Premium Times online reportage of Tuesday 13th February, 2019, that Boyloaf, Tompolo, Shoot-at-Sight, Tom Ateke and Farah Dagogo are set to endorse the re-election bid of President Muhammadu Buhari, the common enemy of the Niger Delta people and sane minded Nigerians.

“It was expected from these five failures that abandoned the genuine struggle for the emancipation of the Niger Delta through which many gallant believers of the struggle laid their lives under their various commands, they owe allegiance to their newly-found romance with the government of the wicked Nigerian State under APC, government of President Muhammadu Buhari, that has continued to service them with multi-billion Naira contracts, making them abandon the oath they swore to our forefathers to free our generation from the oppressive Nigerian structure.

“It can only be re-evaluated that the old generation of Niger Delta agitators can only be likened to bounty hunters who have successfully achieved their aim, hence, relaxe to enjoy the benefits from the bounty that has been delivered to them by the wicked Nigerian Government.

“It is only Niger Deltans with bizarre thoughts with the experienced persecution, hunger, bombardment, intimidation, marginalization, criminality and other prevailing vile actions under the APC Government of President Muhammadu Buhari that can canvass for or vote for the worst evil that has ever befallen the Niger Delta; how much more an endorsement by people that were once supported to represent the very fibre of the struggle for the emancipation of the Niger Delta.

“However, such dubious connivance only vindicates our position over the years that, Tompolo, Boyloaf and the rest of them are no longer in tune with the new struggle because of the patronage they enjoy from the Buhari-led government as it were in the times of Goodluck Jonathan.”

Tompolo has, however, denied endorsing Buhari for second term.

Stating their exact position on the preferred candidate, the statement continued: “The High Command of the Niger Delta Avengers is hereby committed to ‘An Iron Clad’ strategy to make sure there are free and fair elections. All of us and sane-minded Nigerians have it as a duty to change this evil regime of the All Progressives Congress (APC) and President Muhammadu Buhari. All over the world, it is the number of people who showed up to vote in a secure and peaceful atmosphere that determine outcomes of elections.

“The High Command of the Niger Delta Avengers (NDA) make it bold to say that the upcoming elections on the 16th of February, 2019, will make or mar the continuous criminal exploitation and exploration of our natural resources that engenders the underdevelopment of the Niger Delta.

“We are adopting Alhaji Atiku Abubakar, as the sole candidate to be voted for by all the people of the Niger Delta as a result of his political ideology which is in tandem with our agitation for equitable and fair principles of federalism.

“The High Command is convinced that when elected come February 16th, 2019, the government of Alhaji (Dr.) Atiku Abubakar will not only restructure Nigeria, but will reverse the inimical ownership rights to natural resources, alongside promises that fall within the basis upon which we declared ‘Operations Red Economy’ against the evil government of Nigeria.

“We use this medium to advise Alhaji Atiku Abubakar that when elected into office, the cardinal demands of restructuring of Nigeria should kickstart within six (6) months to forestall further agitation from the Niger Delta.”

The group quoted a media report, stating that “According to the Premium Times Report, ‘the endorsement of Mr Buhari by the ‘big five’ ex-militant leaders, according to our source, follows his ‘government’s efforts on Niger Delta’s environmental and development concerns, including Ogoni cleanup and infrastructure’.”

They, however, added that “It is stomach aching that ‘the big five’ as they were termed by Premium Times are better addressed as the ‘Failed Five’ and betrayers of the genuine struggle for the agitation of the Niger Delta by all Niger Deltans, as there is no single truth in their claims for endorsing the common enemy of the Niger Deltans and the Nigerian masses.”

They urged foreign nationals and multinational companies to withdraw their personnel from the Niger Delta during the period of elections, as a result of the heavy presence of military personnel in the region.

“As a warning and closing note, we want to resound it to members of the international community, multinational corporations and subsidiary operatives to withdraw their workforce and services from the Niger Delta within the period of these elections, so as not to be casualties in the ongoing securitization and provocation in the Niger Delta by the Nigerian Military command.

“We have painstakingly taken up details of sources of these unwarranted activities against defenceless law-abiding citizens of the Niger Delta. We say to these dubious elements, referred to as ‘Big Five or the Failed Five’, ‘you cannot eat your cake and have it’. We are in charge of the struggle now and our strike teams are active and gallantly waiting to receive instructions from the High Command to cripple the Nigerian economy again, if Buhari is rigged back to office. This time, it will be a perpetual recession for Nigeria as we shall not relent until oil stops to flow in the pipes that braces our feet in our land.”