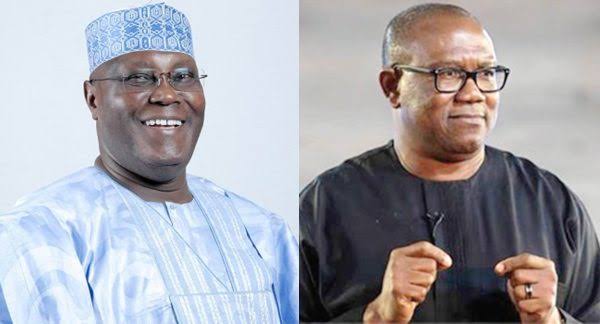 COMMUNIQUE ISSUED AT THE END OF A ONE DAY CONFERENCE ORGANIZED BY THE COALITION OF CHRISTIAN LEADERS IN EDO STATE- HELD ON THURSDAY 17TH January, 2019

The conference which held in Edo State observed the happenings around the country and decried the worrisome state of things in Nigeria.

They likened what is currently happening to the biblical teaching of Proverbs 29 verse 2 which says that “when the righteous are in AUTHORITY, the people rejoice, but when the wicked beareth rule, the people mourn”.

The coalition of Christian leaders in Edo State in their communique stated that having examined the state of the Nation ahead of the general elections, a 14 point resolution was made.

In their resolution they called on the body of Christ to not sit back any longer but to be proactive and to not fear being tagged as enemies of the government.

They stated that Christians are equal stakeholders in the Nigerian project and should be actively involved in the affairs that would foster peace and growth on the Nation.

In their statement, they also said that Christians support peaceful coexistence of all nationalities and religion in Nigeria but kick against policies that are designed to put Christians as second class citizens.

They pointed out that the conference would stand behind a peaceful, free and fair election.

The coalition of Christian leaders called on all Christians who have not collected their permanent voters card(PVC) to do so, as it is their right to have input in governance of the Nation.

They admonished Christians and non Christians to come out in their numbers to vote on election days and disregard any false information and propaganda of possible violence.

The conference frowned at and condemned the act of vote buying and selling and urged both Christians and non Christians to desist from it.

They said having considered the happenings of the past 4 years and in line with Proverbs 29 verse 2, that there is need for leadership change in Nigeria.

That having scrutinized all the Presidential candidates, including those who are Christians, they have unanimously agreed that they must not divide their vote and that the only viable option for changing this government is to vote the PDP candidate.

They also however stated that, they knew that the PDP candidate Atiku Abubakar is a Muslim but he is not a fundamentalist and will give all religion equal opportunity without discrimination.

They called on all Christians to vote for the PDP candidates in the election to enable the party do what they have promised. To make Nigeria better again.

They however called on all Nigerians to vote mobilize and vote massively for Atiku Abubakar and that they should also defend their votes.

They call on Nigerians and Christians alike to continue to pray for peace, stability, justice and good governance in Nigeria. 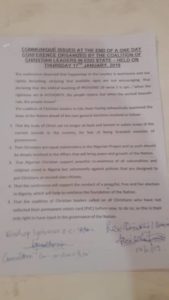 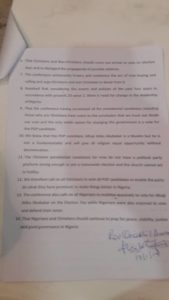 RUGA: Throwing The Baby Out With The Bath Water (1).