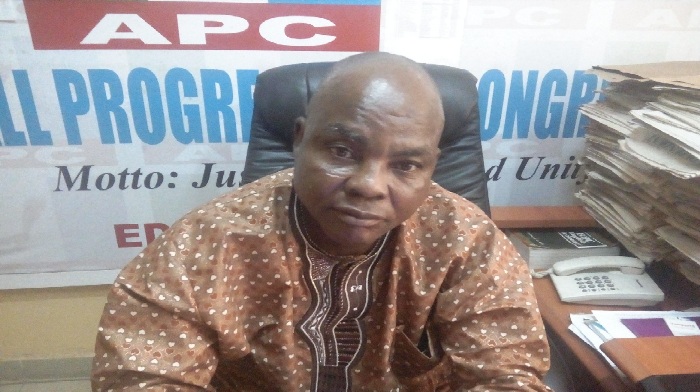 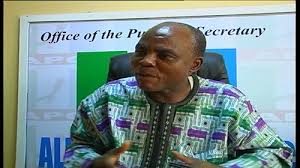 Yes, your observations are right. There is not a single member of CPC Legacy among the newly elected party officials into the three organs of the APC – 192 wards, 18 LGAs and state.
None in government either except the two councillors who were accommodated by some concerned leaders who defiled the decree of Comrade Adams Oshiomhole against CPC legacy members .
Remember that during the nomination of candidates for the last Local Government Council elections, one of the online reporters revealed that Comrade Oshiomhole boastfully warned party leaders not to allow any member of CPC Legacy emerge as candidate. 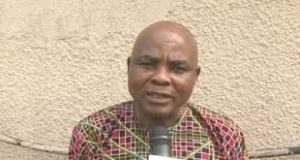 He was equally quoted as saying that he would ensure none is elected even as ex-officio into any of the party organs .

That he made good that vow is now part of history.

Not that any of us offended him.

After all, I introduced him into the governorship race in this state in 2005.

It is probably a manifestation of the unrequited love between him and President Muhammadu Buhari, who was the founder and leader of CPC.

Yes. We have sent series of protest letters to President Buhari over this so much that some of CPC Legacy members in Edo State have either defected to other parties or withdrawn from active partisan politics because they felt the President had used and dumped us.

This is a ridiculous contradiction of an unrequited love.

I can’t abandon Buhari now having been, as you aĺl can attest, fully committed to Buhari-ism since 2003.

I single-handedly recruited and led eighteen witnesses to testify for him at the Presidential Election Tribunal in 2004 after the then leadership of ANPP here disappointed him.

I sustained his group in ANPP from 2007 till the formation of CPC in 2009 which I equally led as State Chairman against all odds till the merger.

As Edo State Chairman of CPC, I had to obtain a loan on my goodwill along with my State Secretary then, Mr Roland Izevbuwa, to rent a state secretariat.

Prince Tony Momoh who later became national chairman of CPC, is my witness.

My state gave the highest votes to President Buhari of all CPC chapters in the South South region during the 2011 Presidential Election. I must acknowledge the immense contribution of the Otaru of Auchi to that achievement.

My then Rivers State counterpart and I thwarted the attempt by PDP to buy over the entire CPC structures in the South South after that Presidential Election. Buhari personally called me to appreciate this.

I am Patron of Buhari Youth Organization, Buhari Friends Organization Network and Izon-Ibe Global Policy Network ,IGPN, the only group of Niger Delta ex-militants that has stood firmly by President Buhari since his pre-nomination days in 2014. You have reported most of their pro-Buhari statements and I have over 20 clips of them. The national executive leadership of APC is aware of of their role and I kept the President abreast of their activities. Today the group is on my neck because they conclude that I misled them to work for an ingrate. I am from the premier and leading oil and sole gas producing ward in Edo State as you all known. So the ex-militants understand how much my community respect me.

Only God knows why the President has not rewarded my services and loyalty to him since but I am not deterred at all because, as a Baptist, I believe God will not allow me to labour in vain.

I am only disturbed by how Comrade Oshiomhole is persecuting and alienating our people in Edo State.

The Minister of State and Chairman board of governors of one of the Federal Polytechnics appointed from CPC legacy in Edo State were picked directly from the Presidency, not nominees from Edo State Government or party secretariat.

I have just read the report on Oshiomhole’s campaign visit to former Abia State Governor Orji Kalu in one of today’s national dailies and the hypocrisy of Comrade Oshiomhole in his address to Kalu shocked me.

He promised to carry along all three-and -half legacy parties that merged. What a fallacy!

Ask him how many members of ANPP, CPC and APGA legacies are in government even as SA at LGA and State levels in Edo State .

Absolutely none except the two CPC legacy members who are councillors as I said earlier.

None in the party structures in any organ of the party except one from ANPP legacy who is the State Treasurer in a 36-man EXCO .

Oshiomhole further promised not to allow APC to be for all comers if he becomes National Chairman and I am waiting for any of you to take him up on these ridiculous campaign promises.
You are aware of how I practiced my journalism in my days and that was how I became the first correspondent to win NUJ state council chairmanship election in this country. Those of you who were still students those have often told what you heard of my heroic exploits in journalism.

My kinsman, Lucky Imasuen is now in EFCC detention as an accused person in the case of the receipt and disbursements of stolen government’s seven hundred million Naira for the rigging of the 2015 Presidential and National Assembly elections against APC in Edo State .

He was also in charge of SURE-P in Edo State from which billions of Naira was allegedly looted .

For obvious reasons, he hurriedly defected to APC before the State Assembly election upon a deal with Oshiomhole.

His was one of the first few names Oshiomhole recommended to President Buhari for federal appointments. He has since been appointed into a government which emergence he fought furiously against and a government that has vowed to deal mercilessly with his category of politicians. He is now APC leader over those who frustrated his attempt to rig the elections against APC.

The same Oshiomhole who has successfully fooled Buhari to this extend is the one the President is promoting to national chairmship and he is promising not to make APC an all-comers party?
What a hypocrite !

Today, days after the State Congress, the congress for my home Local Government, Orhionmwon, is still kept on hold as Oshiomhole insists on personally screening the list of contestants so that his henchmen in my area can help him to ensure that there is no member of CPC legacy on the lists submitted for harmonization.

Yet he is promising a bottom-up leadership when he would not allow free and fair congresses at ward and LGA levels.

Oshiomhole constituted a state caucus of over 35 members of which he is chairman without a single member from CPC legacy except the minister who became a member based on his appointment.

As Chairman of CPC legacy, myself, my ACN and ANPP legacy counterparts with himself then as Governor started the formation of APC in Edo State in 2013. What yardstick did he use to exclude me from the State caucus?

When his spokesman published that CPC legacy was not entitled to any representation in the party structures because CPC only existed on paper before the merger , we protested to Oshiomhole who waved off our protest.

I challenge the Governors and other national leaders from ANPP, CPC and APGA legacies to call Oshiomhole to explain to them how he has accommodated their former members in both government and party structures in Edo State before supporting him for the national chairmship . They should help President Buhari out of his present obsession and hallucination over imaginary magic power of Oshiomhole. I will gladly attend such forum if given sufficient notice.

Today at the Federal level, President Buhari has ACN legacy members as Vice President and Secretary to the Government of the federation as well as Munisters and he is routing for another to become National Chairman! But sadly, our President would not ask Oshiomhole what he has given other legacy members in Edo State.

This is a challenge to the leaders of other legacy parties at the apex level and all those wish APC well to take Oshiomhole to task on . Otherwise they would be disappointing God.