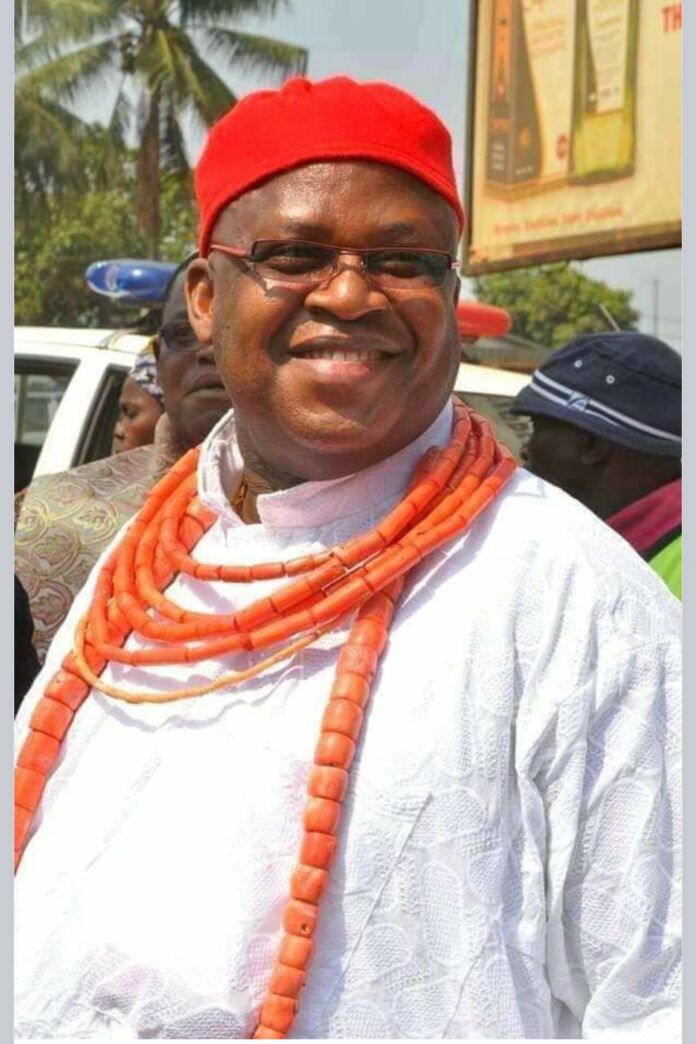 Chief Dan Osi Orbih is the newly elected Chairman of the Peoples Democratic Party (PDP) for South-South Zone. In this interview with FRANCIS ONOIRIBHOLO, He said the current agitation for secession by some groups across the country is as a result of the bad government at the centre, especially its failure to fulfill its campaign promises to the Nigerian people and coupled with the ravaging insecurity across the length and breadth of the nation. He also promised that all these will end in 2023 when PDP reclaim its position as Nigeria’s ruling party. Excerpts:

You ensured the survival of the PDP in Edo State throughout your tenure as the State Chairman of the party and now that you are at the herm of affairs of the South-South, can we expect the same resilience and vigour that you put in Edo in South-South zone?

Well, for me this is one position that the leaders of the south-south have deem fit to bestow on me because they have confidence that I will do all that is necessary to galvanize support for the party not just in the zone but in the entire country because our immediate task is to win back government at the center and we can only achieve that if we all deliver massively in our various zones and that we are going to do in the south-south but the job has been made easier for me because of the good job the PDP governors are doing in the south-south. In the south-south they have shown clearly that PDP as a party is very interested in the development of the zone and they have embarked on people oriented projects and with that you can see that the party is gaining more grounds in the south-south zone and come 2023 Presidential election we are going to return over 90 percent of the votes here and that will be very, very crucial in the elections. If our governors continue at the pace they are working now I don’t think there will be any APC in the south-south.

Of course we can see the current effort by the caretaker committee of APC bringing about registration, re-validation of membership and all that I see these steps coming a little too late. APC politically in Nigeria today is dead, in total disarray and whatever they are now doing is like medicine after death, they cannot survive the wrath of the people as a result of their failure to deliver in their promises. All they promised Nigerians they failed to deliver. So whether you do re-validation or whatever, whether you register new members you don’t register new members and of course like you know it the exercise was a total failure. Their own former National Chairman came out boldly to say that there was no need for that exercise, he was only doing the needful so that they will not say he refused to comply, he came out to even say that the exercise in itself is a failure in its conception and actualization so, that tells you exactly the state of APC.

How do you see the move the APC members are always making to woo members of your party to defect to their party?

A party that has lost focus, a party that has not been able to deliver on its programmes will surely want to shore up its support base by wooing and begging people to come to them but you see that it has never been a very successful move instead the reverse has been the case, more people are leaving APC by the day to join PDP. Just two days ago there was a by-election in Abia State and the APC Senator who is a former governor mobilized everything humanly possible for that election but they were roundly defeated by the PDP candidate, so that is an indication of what exactly it is across the nation.

Failure by the government to confront the security challenge we are facing in this country, the inability of the government to manage the economy, the constant increase of the price of fuel and the free fall of the Naira. The Naira is on a free fall today. If they give you a rate, by tomorrow, it is a different rate, the free fall of the Naira are all indication of the inability of the APC Federal Government to manage the economy so, it is obvious that Nigerians must take their destiny in their hands and align fully with the PDP so that we can put this country back on track.

How is your party trying to put their acts together so that there will be no crisis especially before, during and after your primaries for the 2023 Presidential Elections?

I think the political ambition of any member of our party now is not compared to the prevailing political situation in the country that has made it imminent for us to come together united to win back the government of this country. You go in the street, anywhere you go to, you see concerned Nigerians talking to PDP leaders that you are our hope we want you to save this country from the present state. In fact, a Ghanaian friend in a recent conversation with me described Nigeria APC federal government as a government where nothing works, that sums up their view of the state of affairs in our country.

With the way groups are coming up, calling for secession which may not be unconnected with the prevailing situation in the country, do you think Nigeria will survive beyond 2023?

I don’t think secession is an option for our nation, going through our history I don’t think anybody talking about secession now means well for the country but there is every reason for people to start thinking there is need to revisit the issue of restructuring the nation as it is now, I think when you have a bad government even the best constitution will never work. I think the problems we are having now have been compounded by the type of government we are experiencing in the country now. What we must know is that those who are worried and calling for the breakup of the nation are only saying so because of the way this government is running the country where appointments seem to be one sided, where appointment favour not even one side of the country but one state in the country, where development only capture the interest of only those who are in charge of the government. Today you can hardly travel from one state to another, in this same country the government is awarding contract of a railway line from Nigeria to Niger Republic, how do you reconcile this when people cannot even travel by rail from many of the states to the federal capital you are doing a rail line to Niger Republic. These are some of the things that are making people to be very worried, the agitation is just a reflection of the people lack of faith in those who are running the affairs of the nation at the moment.

But I will appeal to Nigerians let us keep hope alive, let them support PDP, I believe the PDP government will be able to put to rest some of these concerns that have made people to feel that the way out is secession. I think there is a whole lot that God has given to this nation as one united nation but the leaders should not play with the destiny of our people, they should be able to make people realize that in our diverse nation we can actually promote those things that can bring about development and unity in the country rather than promote the selfish interest of some people that make people feel that the way out is to break up this beautiful nation.

The issue of zoning of the Presidential ticket by the PDP seems to be an issue, taking into consideration the southeast and other parts of the country, what do you think is the way forward and how do you think the party should handle this issue?

Well, since 1999 zoning has always been embraced by the party in deciding the area that will produce the candidate for the party, there have been suggestions in recent times about which zone should produce the presidential candidate, there are also suggestions like the one by the Bala Mohammed led committee that the party should jettison zoning and let the candidate be picked on merit. All these are various suggestions but I believe at the appropriate time, the party will look at all these suggestions and take a position that will best serve the interest of the party and the people of Nigeria.

Edo State PDP recently demanded for the zoning of the presidency to the South-South because they said they were shortchanged for not allowing Jonathan to return for a second term in 2015, what is your reaction to that?

I am not the chairman of the state chapter, they were speaking as part of the south-South zone and were making a case for the south-south. It is normal in politics for people to make their own agitation at the end of the day we will put all these on the table and the party will take a position but one thing you must know PDP is a very organized party, once the party takes a position all loyal party men and women will follow and support the position of the party but for now we are keeping our strategy close to our chest.

PDP Disassociate Itself From Ikimi, Igbinedion On Obaseki’s Performance