Home Uncategorized How Adedayo Was Moved Against By APC Chiefs, Osinabjo’s Office. 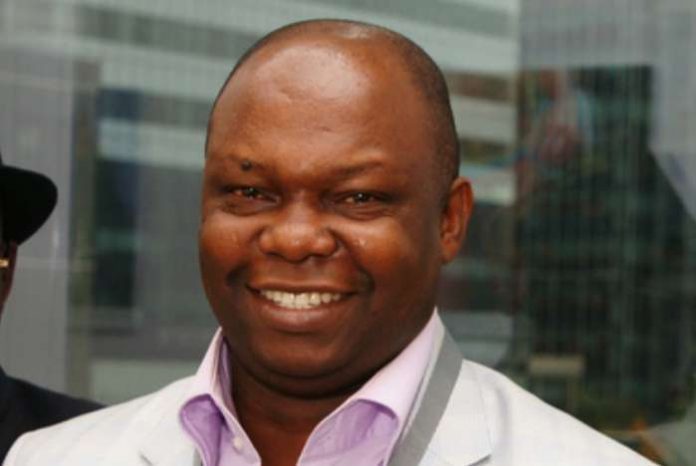 The termination of appointment of Dr. Festus Adedayo as special adviser, media and publicity to the President of the Senate came after APC loyalists of President Muhammadu Buhari and especially the Office of Vice President Osinbajo and supporters of the All Progressives Congress (APC) moved against him, PRNigeria has reported.

According to the quasi-government information clearing platform, the agitation for Adedayo’s removal was spearheaded by a horde of pro-APC loyalists on various social media platforms.

They cited the columnist’s history of anti-government rhetoric, pointing out that it was inconsistent with the ideals of the ruling party.

Recall that a group known as APC stakeholders, on Thursday morning, had accused the Senate President of rewarding President Buhari’s enemies, after Lawan retained some aides of the immediate-past Senate President, Dr. Bukola Saraki.

At a protest march, Abu Andrew, spokesperson of the group, noted that the appointments were “glaring” reward to people who have insulted Buhari.

He said: “No doubt, the appointments are glaring reward for people who have not only insulted the person of President Muhammadu Buhari, but also severally maligned the integrity of the office he occupies.”

However, PRNigeria authoritatively gathered that the massive pressure mounted by some influential APC South West politicians, and powerful individuals in the Presidency compelled Sen. Lawan to immediately reverse the appointment of Mr. Adedayo.

A credible source in the Presidency, who observed how the high-wire intrigue played out, told PRNigeria that even some elected legislators of Yoruba extraction vehemently kicked against the appointment.

The source said the pressure mounted on the Senate President since Tuesday afternoon when the news of Adedayo’s appointment broke, till yesterday afternoon, was quite immense.

He added that Senator Lawan was summoned to Presidential Villa to explain why he should offer such a delicate job to someone who is known to be an irrepressible critic of Buhari and APC.

“Several forces conspired to oust Mr. Adedayo, due to his style and writing antecedent. They were not just pleased that someone who ‘mercilessly’ vilify Mr. President will be invited to come and work for a distinguished politician in the APC central government,” he said.

The source, however, said the ‘Number Three’ citizen did not consider trivial factors such as ethnicity, religion or even party affiliation before picking Adedayo.

“He (Senator Lawan) had first conducted an interview among celebrated Nigerian journalists. He did not just wake up and appoint Mr. Adedayo. One thing those who kicked against Adedayo’s nomination failed to understand is that the Senate President finally settled for Adedayo because of his track record of performance as a one-time media aide to three former governors under PDP and APC in South-East and South-West respectively.

The Senate President took into cognizance the much-espoused criteria of competence, merit and diligence to work, before picking Adedayo, an erudite journalist,” the source added.
Tweet
Pin
Share
0 Shares