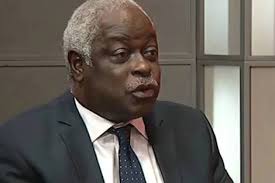 HOW THE 2019 PRESIDENTIAL ELECTION IN NIGERIA WAS MASSIVELY RIGGED.
Femi Aribisala.

In that election, Buhari presided like a colossus over the North, which was stoked up to insist on a Northern presidency. Bola Tinubu presided over the South-west, in coalition with Buhari; while President Goodluck Jonathan prevailed in the South-south as its native-son.

However, the South-eastern states were regarded as orphans, they had no real godfather. As a result, APC succeeded essentially through INEC suppression of the votes of the South-east; and the exaggeration of the votes of the North; especially the North-west. INEC ensured that, far more disproportionately relative to other geopolitical zones, millions of South-East voters disappeared between 2011 and 2015.

While Kano, Katsina, Kaduna, Jigawa and Bauchi posted humongous figures in 2015; Imo, Anambra and Abia posted disappointing figures. While the card-readers failed in many parts of the South-east, suggestive they were programmed to fail; they worked in most parts of the North. In places like Lagos and Kano, many non-indigenes, especially the Igbo, were not even given their PVCs and so could not vote.

Once Buhari was elected, APC started preparing the grounds for the manipulation of the 2019 presidential election. During the congratulatory visit of a delegation from Benue, the newly-elected president said jokingly: “I beg Senator Akume and the governor-elect not to make my 2019 attempt too difficult.” The plans hatched included releasing trumped-up EFCC anti-corruption dogs against possible PDP 2019 presidential hopefuls, such as Sule Lamido of Jigawa.

However, the heart of the APC master-plan required the party to refocus its machinations from the South-east to the new orphan; the South-south, which remained a PDP stronghold. Otega Emerhor, APC governorship candidate in Delta State, spoke the mind of the party during a congratulatory visit to newly-elected Buhari in Aso Rock. He told the president:

“As you are aware, Delta State, along with Akwa Ibom and Rivers, are rich in oil resources and PDP is determined to hold on to these states at all cost to utilize the huge revenue base of these states to re-launch itself to national reckoning. It is, therefore, strategic for APC and your administration to pay particular attention and to assist us put in place modalities to break the stronghold of PDP in Delta and the other states.”

APC went ahead to execute this master-plan with a vengeance. The party challenged the outcome of the 2015 elections in the South-south in the courts. It then embarked on an onslaught of intimidating attacks on the judiciary to make it fall in line with its agenda.

Using the over-bearing power of the presidency, some South-south tribunal chairmen were summarily dismissed, replaced with more malleable choices. Some cases were even transferred to APC’s presidential stronghold in Abuja on spurious grounds. In the process, APC secured the cancellation of the elections in Rivers, Abia and Akwa Ibom. The appeal courts required them to be re-taken.

However, APC met a firewall in the Supreme Court. The apex court overturned the doctored verdicts of the appeal courts in Rivers, Abia and Akwa Ibom, restoring the mandate of their PDP governors. As a result, the “Supremes” immediately became public enemy number one of Buhari and the APC, who were incensed by the verdicts.

President Buhari complained that the Nigerian judiciary is his major “headache” in the fight against corruption. There was nothing wrong with the judiciary when it ruled in favour of the APC in Yobe, Ogun, Lagos and Benue. But when it ruled against the APC in Rivers, Abia and Akwa Ibom, something became fundamentally wrong with it.

It is not surprising, therefore that, on the eve of the 2019 presidential election, and in an act of outright constitutional illegality and rascality, Buhari suspended the chief justice of Nigeria, Walter Onnoghen; a South-south man from Cross River, and replaced him with Justice Tanko Mohammed; a Northerner from Bauchi.

So doing, the president laid the foundation for more successful future judicial verdicts for the APC; in the expectation that the results of the 2019 presidential election would end up in the courts and might be appealed all the way to the Supreme Court.

The next bus-stop for the APC was the outright suppression of South-south votes especially, as well as the votes in other areas of PDP strength in the 2019 presidential election.

Bombs went off in PDP-controlled areas, destroying election materials. Bullion vans appeared on the eve of the election in Lagos, carrying money for dubious purposes. Igbo Lagosians were threatened with fire and fury if they dared come out to vote. Thugs were unleashed on areas of PDP strength to cart off ballot boxes and disrupt the vote. Over 30 people were killed in election-related violence, mostly orchestrated by APC supporters.

With Obi on the PDP vice-presidential ticket, there was also APC assault on Igbo votes, which were expected to be overwhelmingly in favour of the PDP. As observed, Igbo votes had been depressed by 2.4 million in 2015. Now with an Igbo son on the PDP ticket, surely more Igbos would come out to vote in 2019 than did in 2015. But no! Igbo votes were depressed even more.

In effect, the Igbo states of the South-east that had lost 2.4 million votes between 2011 and 2015, lost another 565,701 votes between 2015 and 2019. Kaduna alone, with 1,643,057, had more votes than the combined Igbo votes of Abia, Ebonyi, Enugu and Anambra states; all with only 1,622,067 votes. At this rate of continuing decrease, Igbo votes are now virtually redundant and might soon disappear completely in a few years down the road.

While Southern areas of PDP strength were experiencing voter-suppression, Northern areas of APC strength were increasing in voter-strength, even against all possible odds. Where APC won, it won largely with inflated margins. Where PDP won, it won with narrow deflated margins. PDP’s Atiku could only prevail in his home-state of Adamawa by a flimsy 32,188 votes. But Buhari won in his home-state of Katsina by a whopping 924,077 votes.

As a result, a president who presided over Nigeria becoming the poverty-capital of the world with some 90 million people now hungry-poor, ended up with an implausibly increased majority on election day. In 2015, Buhari won by 2,571,759 votes; but in 2019 he increased this to 3,928,869 votes. Even those areas ravaged by the scourge of Fulani herdsmen were apparently well-pleased with his government’s neglect, if we are to believe INEC’s bogus election results.

Just think about it. While war-ravaged Borno was posting this massive voter-increase, votes in cosmopolitan Lagos, a city of over 20 million people, were depressed by the flagrant exclusion of PDP votes, especially in the Igbo-populated areas. As a result, votes in Lagos shrank between 2015 and 2019 by 395,947 votes; virtually the same figure as Borno’s fictitious increase. In 2015, Lagos posted 1,424,787 votes. But in 2019, Lagos shrank to only 1,028,840 votes.

In 2019, Lagos mega-city was not first, second or third in national vote-size. It could only manage fourth, behind the new Northern juggernauts of Kano, Kaduna and Katsina; all of them APC strongholds posting 50% or more votes than Lagos. Of the 10 highest-voting states nationwide in 2019, only Lagos comes from the South: all the other 9 are from the North. Only one (Plateau) was awarded to the PDP.

That is virtually double the difference in the 2015 figure. You begin to wonder if Southerners like Bola Tinubu who are complicit in the APC agenda are too naïve to see this ominous writing on the wall. It means the North no longer needs Southern votes in order to prevail in future presidential elections.

It is not a coincidence that Buhari won by virtually the same margin: 3,928,869 votes.