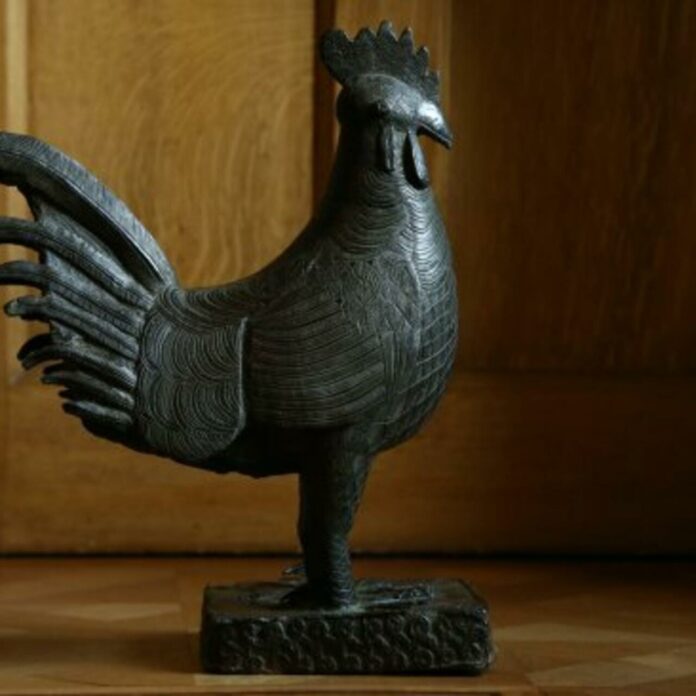 Within a space of one week, two of the famous Benin bronze sculptures which were among the over a thousand artefacts stolen during the Benin Punitive Expedition of 1897 have been returned to representatives of the Nigerian and Benin Royal Palace representatives in the United Kingdom.

In February 1897, during the sub-saharan African month of harmattan, the Kingdom of Benin in modern day Edo State of Nigeria came under an attack from British colonial soldiers in a punitive expedition meant as reprisal for the killing of some British soldiers who attempted to visit the kingdom against the wishes of the royal authorities in Benin City.

“The Benin Expedition of 1897 was a punitive expedition by a British force of 1,200 men under Sir Harry Rawson in response to the ambush of a previous British party under Acting Consul General James Phillips. Rawson’s troops captured and sacked Benin City, bringing to an end the Kingdom of Benin, which was eventually absorbed into colonial Nigeria.”

The British invasion force of Royal Marines, sailors and Niger Coast Protectorate Forces was organised into three columns: the ‘Sapoba’, ‘Gwato’ and ‘Main’ columns. Flotillas of warships (including HMS Philomel and Phoebe) and gunboats approached Benin City from the east and west.”

When the Benin Punitive Expedition occurred, the British attackers took photographs of the incidents.
Benin is famed for its bronze and brass metal works created by a guild still present in Igun Street in Benin City using the Lost Wax technology which has confounded art enthusiasts for centuries.

The soldiers whose names are in the public domain, including Galwey, wrote records of their exploits and international news agencies like Reuters and others were in existence then to disseminate the news globally.

Some of the famous items looted from Benin sculptors and the palace authorities found their ways to museums and private homes in Europe and America.
One of the looted Benin artefacts is Okhokho (an Edo word for Chicken).

The Jesus College of the University of Cambridge voluntarily returned the Okhokho bronze sculpture to the Nigerian authorities which include representatives of the Oba of Benin in the United Kingdom during the week.

In 2017 the cockerel statue or ‘okhokhor’ looted during the 1897 Benin Expedition was removed from the hall of Jesus College, Cambridge, following protests by students of the university. Jesus College’s student union passed a motion declaring that the sculpture should be returned.

A spokesperson from the university stated that “Jesus College acknowledged the contribution made by students in raising the important but complex question of the rightful location of its Benin bronze, in response to which it has removed the okhokhor from its hall” and that the university is willing “to discuss and determine the best future for the okhokhor, including the question of repatriation.”

A few days after the Okhokhor sculpture was handed back to representatives of Nigeria and the Oba of Benin’s palace, The University of Aberdeen in Scotland, United Kingdom also returned a bronze sculpture of the head of an Oba of Benin to the same Nigerian and Benin Royal Palace representatives.

His Royal Majesty, Oba of Benin, Ewuare II appreciated the universities for returning the artefacts and urged other institutions around the world who have some of the Benin bronzes as parts of their collection to reconsider to endeavour to return the stolen pieces to their rightful owner – the Benin Royal Palace.

According to the revered Benin Monarch, “much has been said about the significance of heritage art and, in spite of the occasional attempts in some quarters to downplay their cultural and religious relevance, these works are often imbued with the spirit of the people from whom they were taken.

“Regardless of the resistance in some quarters, the return of stolen art is the right thing to do. Some say that they acquired their own collections. This is like saying, ‘well, I know this item was originally stolen but because I bought it somewhere, then I’m okay’. That notion is completely wrong and unfortunate.

“In any event, we thank the University of Aberdeen for this noble act of returning our bronze work. We hope that other institutions worldwide will see the injustice when they insist on holding on to items which in fact should be a reminder to them of the great injustice that was inflicted on a people so far away and so long ago”.

International news agency Agence France Presse (AFP) reported that the ceremony which was held on Thursday 28, October 2021 in Scotland, had the Oba of Benin represented by his younger brother, Prince Aghatise Erediauwa; the Obasuyi of Benin, Chief Charles Uwensuyi-Edosomwan; Director of the National Commission for Museums and Monuments, Professor Abba Isa Tijani; the Legal Adviser of the NCMM, Babatunde Adebiyi, and the Director, Museums, NCMM, Abdul Mohammed Gimba, present to take possession of the artefact.

The cockerel and the Bronze sculpture of the head of an Oba of Benin are now surely on their way back home in Benin City, Nigeria.

I did not steal Nigeria’s money- Diezani Alison-Madueke cries out in...