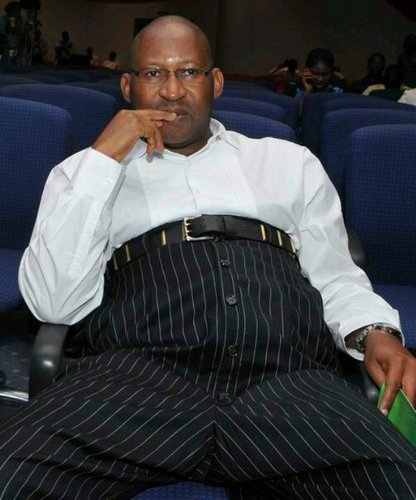 In the last few days, Edo PDP have been receiving many calls and enquiries to confirm if indeed we filed a suit in the federal high court against Hon. Patrick Obahiagbon in respect of false information supplied to INEC.

At this juncture, I wish to confirm that the Peoples Democratic Party has asked the Federal High Court in Benin City to disqualify Mr Patrick Obahiagbon, who is the All Progressives Congress, APC, candidate, from contesting the Edo south senatorial election scheduled for 16th February 2019.

The party’s prayer is contained in suit No. FHC/B/CS/5/19, brought before the court and dated 23rd January 2019, with Mr Obahiagbon and the Independent National Election Commission, INEC, as 1st and 2nd defendants.

Our grounds for asking the court to disqualify Mr Patrick Obahiagbon is that he supplied false information on oath to INEC.

In the Sworn affidavit specifying the Educational institutions that he attended with dates for the 2007 election, Mr. Obahiagbon also claimed to have left primary school the year he was born as he said he attended Our Lady of Lords Nursery School, Sapele from 1964 (the year he claimed as his date of birth in 2018) and graduated in 1970.

Why has he refused to submit this NYSC certificate in 2018?

Abdur-Raheem Adebayo Shittu is the serving minister of Communications from Oyo State, Nigeria. His party chairman, Adams Oshiomhole, who incidentally is Mr. Obahiagbon’s Chairman, disqualified him from contesting for the office of governor of Oyo State because he did not partake in the mandatory NYSC program.

According to the constitution, it is a criminal offense for a Nigerian who graduated before the age of 30 not to participate in the NYSC program.

Corruption is not only when one steals. Aiding, abetting and covering up a crime is the worst type of corruption!

We call on all Nigerians to be vigilant.