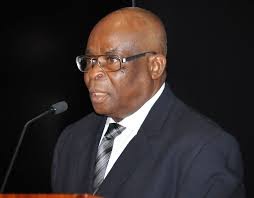 The political crisis in Nigeria that has beseeched this country since the colonial amalgamation in 1914 is gradually  drawing to a melodramatic & epilogues grand finale.

General Buhari who rode to power as a civilian President in 2015 calling himself a repentant dictator, a born again democrat and promising change, respect for the rule of law and to defend democracy and our national constitution has since his swearing in, on May 29, 2015, proven to Nigerians and international community that he not only deceived Nigerians & his gullible supporters but has proven like the Benin adage that a leopard doesn’t change its skin color.

Like the the 4th President of The United State James Madison wrote ” When tyranny and oppression come to the land, it will be in the guise of fighting crime”.

General Buhari and APC got to power promising to fight insurgency in the North Eastern Nigeria ensure security for Nigerians and fight corruption. Today, General Buhari has not only failed to secure the North East and stop his marauding kinsmen the fulani herdsmen from killing, maiming, raping, kidnapping and burning down places of worship of other religion but has turned the war against corruption into a fight against the opposition party and critics of his government.

Whereas those in his cabinet, friends and family members has severally been accused of blatant corruption and embezzlement, the likes of the former SGF Babachir Lawal, his party National Chairman and former Governor of Edo State Adams Oshiomhole been accused and proven to have ripped off Edo State, the governor of Kano State caught on camera accepting US dollars as bribe from contracts awarded, his wife’s ADC accused of soliciting and accepting bribes in billions of Naira and the likes of Orji Uzor Kalu, Senator Godswill Akpabio and Emmanuel Uduaghan decamping to APC so their corruption cases pending before EFCC and the court of law to seek protection from the court and even General Buhari as Minister of Petroleum who under his watch over $25 billion US dollar contract was mysteriously awarded in NNPC etc.

General Buhari has not find it expedient to hasten and facilitate the speedy trial of his accused friends and family members.

Till date none of the aforementioned has been charged to court by the EFCC or earnestly prosecuted for corruption at the court of law even if they are charged their cases are moving at deliberate snail speed in court, yet the presidency with a lightning speed was able to arraign the CJN Walter Onnoghen within a space of one week of a petition written by one of his agent and ardent supporter against the CJN before the code of conduct tribunal to stand trial for an infraction against the code of conduct as stipulated for public servants, as if that’s not enough the CJN was on Friday 25th January 2019 illegally and unconstitutionally suspended from office and immediately replaced by a man who is not only General Buharis appendage but whose wife is contesting election under APC to Nigerian Senate.

It quite appalling and sad that Buharist some eminent Nigerians are blatantly supporting this ubiquitous and shameless attack on our hard earned democracy and National Constitution.

One thing about selective amnesia is that with time those affected with this syndrome will wake up to reality and I hope to see their faces when faced and confronted with their shut out sordid memories.

Nigeria, others on alert as Ebola death toll rises to 19...