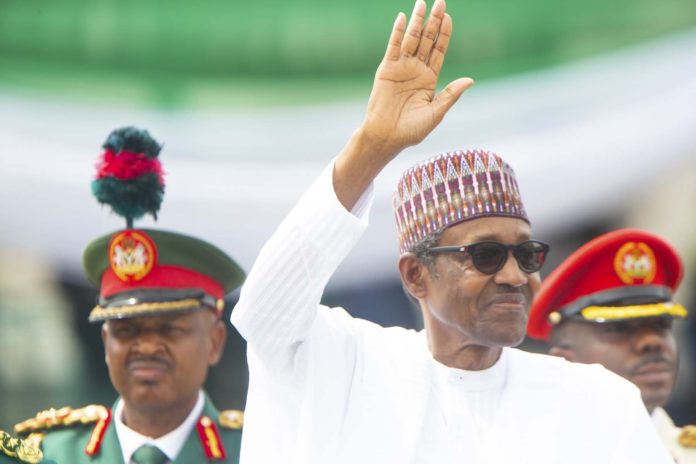 Buhari And The Chronic Debtor-Wife Of Osin

(Published in the Nigerian Tribune on Tuesday, October 5, 2021)

Permit me to call this Buhari regime Onigbese Aya Osin (The chronic debtor-wife of Osin). Osin is the Yoruba deity of royalty. According to the legend, Osin married a shameless woman who owed virtually everyone in the community. In our tradition, once a person’s behaviour is off the mark of our acceptable mores, norms and tradition, we give such a person a descriptive name. This wife’s reputation followed her everywhere she went. ‘Onigbese’ is the Yoruba word for chronic debtor; ‘Aya’ is wife. Her cognomen is an exercise in character portrayal. She is known as Onigbese Aya Osin, who buys pangolin without paying; buys porcupine on credit. She sees the woman hawking a hedgehog, she runs after her empty-handed. She uses the money for antelope to pay for deer. Yet, she fries neither for her husband, nor cooks for her concubine. Her first child is sold to slavery to service her debts; her last born is pawned off for her indebtedness. When she talks, she accuses her husband of not covering her shame. Whereas, she neither informs the husband nor takes permission from him before buying bush meat on credit.

Nigeria is the unfortunate deity, Osin. The shameless wife is Buhari, who keeps borrowing from heaven and earth; from the World Bank to African Development Bank (AfDB); from China to Germany. Like Osin’s debt-drunk wife, our president even tinkers with the idea of borrowing from Brazil, a fellow Third World country. Yet, in the last six years, he has not paid a dime back in all the debts he has accumulated. What he does is debt-servicing, an appeasement of the gods of debt.

Permit me also to call what we have as a regime of Sam Selvon Captains. Captain is the Nigerian archetypal lead character in the 1956 groundbreaking novel, “The Lonely Londoner” by the Trinidad-born author. The novel, which uses Trinidad and Tobago creolised English to depict characters, casts the Nigerian, Captain or Cap, as an A-heroic being of no mean repute. Literary analysts of the novel describe Captain as a “man who does nothing, has nothing but owes everyone; eats the best food and smokes the best cigarette”. In another characterisation, the narrator describes him as follows: “The old Cap have the sort of voice that would melt butter in the winter. Although he never works, he successfully borrows money from friends and lives a lavish life”.

Like Nigeria, his home country Captain is also compared to some “men in the world who “don’t do nothing at all, and you feel that they would dead from starvation, but day after day you meeting them and they looking hale, and in truth it look as if they would not only live longer than you but they would dead happier”. Forget the imperfect English. Just pay attention to the character of the Nigerian nation as portrayed in a 1956 novel, not by a Nigerian, by someone from far away Trinidad, who relocated to England in the 1950s, came across some Nigerians in ‘Charle Mummy’s’ country and was able to futurise the year 2021 Nigeria.

This means that the commitment of the banks to the country rose by $7.11bn within the period under review. This represents an increase of 98.48 per cent. As of June 30, 2015, the Federal Government had borrowed a total sum of $6.19bn from the World Bank…” If the figures displayed above are not alarming enough, then wait for what the Nigerian Tribune said in its Editorial titled: “Still on Nigeria’s unending borrowing”, that in spite of the huge debt hanging on the neck of the nation, the Buhari Government, like the shameless Onigbese Aya Osin, had, by “mid-September, presented a request to the National Assembly seeking approval to borrow (again) $4 billion and €710 million loans from bilateral and multilateral organisations to fund the deficit in the 2021 budget”.

This, the Editorial said, “also included a grant component of $125 million. These were in addition to the $8.3 billion and €490 million loans contained in the initial 2018-2020 borrowing plan”. Juxtapose the above with the alarm raised by Governor Godwin Obaseki of Edo State months ago that the Federal Government, under the watch of General Buhari, had been printing money to support the monthly allocations and you will easily see who was telling the truth between Obaseki and the agents and freelancers of the Federal Government, who developed verbal diarrhea over the matter, calling the governor’s assertions white lies. But, the same agent of the Buhari government, the DMO office, through its Director General, Patience Oniha, by mid September, hinted that there were plans to restructure CBN’s N10 trillion overdrafts to the government.

The simple lay man question to ask is this: who takes an overdraft but a financially deficient and distressed individual, entity of corporate body? Who keeps on borrowing like the Buhari government other than an “Onigbese Aya Osin”. Check the panegyrics of Aya Osin again and you will find its ugly copy in the administration of Buhari, which keeps borrowing when it has no plan of how to liquidate previous outstanding. Our best brains are in second slavery all over the world because many had checked out of the country when they could no longer cope with the crushing economic situation.

Those of us that remain in Nigeria are mere pawns in the hands of the rudderless leadership, with its voodoo economic policies. My people say a man that cannot feed himself does not keep a dog as a pet. But not in Nigeria. We are dying of hunger here while Buhari is building a railway to the Niger Republic for the benefits of his distant cousins. And like the chronic debtor-wife of Osin, the leadership is still interrogating the patriotism of the citizenry. They want us to be in severe heat but pretend to the whole world that the cold is too much for us and that we need a heating system. Wickedness! The government keeps borrowing off our future such that as we marked 61 years of independence five days ago, we will still not be able to pay all our debts in the next 61 years. Like the Biblical fathers who ate the sour grapes and the teeth of their children are set on edge, the government keeps piling up debts so that generations yet unborn will be perpetual slaves to the creditors.

“He who goes a-borrowing goes a-sorrowing”, say the wise. The wisdom therein is lost on a government, which appoints a lawyer to man the nation’s power sector; runs a big economy like Nigerian but handed over her finances to a bookkeeper, who only came to speak phonetics before she was shipped out!

Same debt that General Olusegun Obasanjo succeeded in cancelling is now billions of US Dollars and domestic borrowing has gotten to a level where, like the Idi Amin of Uganda, we have to print currency to support monthly allocation. Messers Fabamise and Alebiosu, who taught us elementary Economics in Forms Four and Five, said that one of the major causes of inflation is when too much money is pursuing too few goods. Little wonder, that the cost of even locally produced food items is no longer within the rich of the poor. Yet, like Onigbese Aya Osin, the president is always quick to blame the middlemen. He has forgotten that he never consulted the middlemen before he went a-borrowing left right and centre. Our president has forgotten that the garri seller in New Benin Market will have to buy a laptop for her son who is studying Computer Engineering in the university.

Yet, he wants the poor seller to mark down her prices of the different measuring bowls of garri, while his foreign loans had already crippled the Naira, shot the exchange rate above the ceiling and made the cost of laptop roof-high. His has been an endless blame game; to blame others while he maintains a clean slate for himself. That is typical of the compulsive debtor-wife of Osin. And like Sam Selvon’s archetypal character, Captain, “who does nothing, has nothing but owes everyone; eats the best food and smokes the best cigarette”, the little national reserve, if any, that we have, is wasted on regular medical tourism to London hospital.

Who but a ‘Captain’ seeks medical attention in the UK regularly, parks the Presidential jet at Heathrow for weeks, runs demurrage in Pound Sterling and goes to the United Nations General Assembly to beg for debt forgiveness? Who takes such a beggarly president seriously? How do you ask a president of a nation, who flew commercial flight to attend UNGA with a handful of aides to forgive your debt, when you flew a Presidential jet to attend the same meeting, accompanied by scores of aides, majority of whom don’t even speak nor understand English, the language of wider communication at the meeting? Who is richer between the two leaders?

Is Buhari saying that he did not know that other world leaders knew and were aware that the Nigerian Government rented a crowd to come and protest in support of the government at the meeting venue? How could a government which exported the shenanigan of a rented crowd to New York expect anyone to listen to him when begging for debt cancellation or forgiveness? Pray; who forgives an unrepentant offender? At the risk of sounding pessimistic, let me conclude with this warning: If the government allows hunger to join the present tension in the land, very soon, the masses will begin to have the rulers for lunch. And there won’t be an escape route.

Obasanjo, Soyinka, others should enjoy their Buhari quietly.