Home News Are You The messiah?- An Open Letter To Omoyele Sowore.* 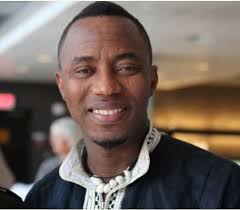 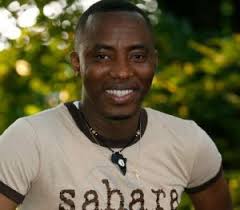 _Of this I’m sure, that if Nigeria refuses to be fixed this one time, heads will roll, blood will flow and many will die. Not the heads of Christmas fowls nor the blood of Ramadan sheep, but those of the oppressors and suppressors, those of the fake Messiahs, their Children, and their Children’s Children._

It is on this note, that I write you, Mr. Sowore. The 2019 presidential election is in a spitting distance, and as usual, politicians are warming up. While the incumbent puts on gloves, a number of people are also throwing hats; the former Vice president, Atiku Abubakar, and Ayodele Fayose, Governor of Ekiti, among others from the opposition. While the aforementioned are of the ruling class, a host of new faces are also in the ready, Ahmed Buhari, 38, from Niger State, Fela Durotoye, 46, from Ibadan and You, Omoyele Sowore, 47; all prospects for Nigeria.

However, among the promising young aspirants, your person seems more enticing at the moment, but, before considering you for my vote, should you win your party’s primary, there are things to chew over, and prior to discussing those, this is a brief of your prospective friend. I am of the view, that there is hope in the sky for Nigeria, and that all we need is a college of young, brilliant and selfless leaders. The human resources we need might not be the richest, the most popular or the most read, the reason I decided to find my way to the depth of aspiring leaders’ hearts, with a view to figuring them out. To this effect, I first engaged Tosin Ajibare, a 35 years old governorship aspirant in the early days of 2017, challenged him and his team, and let loose all of my ploys in knowing his real intention; if he was really ready to serve the people, if he was one of such leaders that Nigeria needed. I visited him in his office many a time, and we discussed the way forward for Ekiti. It was in the course of my relationship with Ajibare that I had a renewed faith in Young people and their ability to bring the real dividends of democracy to Nigerians. Subsequently, I engaged Ahmed Buhari’s team, his National campaign manager also responded, and gave me a front sit invitation to his Town hall meeting in Lagos. All these to let you know, that I have been a genuine seeker of good leaders. That said, let’s talk about the real issues.

In 1983, it was no bother for Buhari to answer of course to a question such as: Are you the Messiah? That time, the only solution Nigerians seeked for their heaping challenges was a resolute disciplinarian and corruption fighter. In August 27, 1985, Major Gen. Ibrahim Babangida poised, yet, another messiah to a people that was visibly hungry, maltreated and abused, but, they soon learnt that man was not made for bread alone. In his November 17, 1983 speech, General Sanni Abacha also told the populace the messianic flavor behind his takeover, in his own word, “… in a bid to find solutions to the various political, economic and social problems which have engulfed our beloved country, and which have made life most difficult to the ordinary citizen of this nation…,” but, when the people became victims of hunger, killings and maiming, they cried hard for another messiah, and down the line, Obasanjo came on board, then Yar’ adua, Jonathan and now ‘the super messiah’ Muhammadu Buhari under whose watch we enjoy unprecedented hunger, mass massacre and divisions along religion and tribal lines. In all those years of trial and error, Nigerian youths were the most stung, most bitten and most deprived. In Bayo Oluwasanmi’s usage, “Nigerian youths have long been marginalized, long abandoned, long abused, and long disinherited by the political leaders”. ‘Nigeria has devoured her youths, She has terrorized them. She offers no hope, no life, no dream, and no future. She’s a dead country full of dead youths.’ Hence, the cry and call for a young saviour, to which you have answered Yea with your ‘takeitback’ mantra. Meanwhile, anyone can make a script of all the loop holes in the past and present administrations to get voters on his side, but I must tell you, all the past leaders were lucky, even the incumbent, as they all had a patient and permissive people to deal with. From the look of things, Nigerians would no longer be so patient as they are now but an inch away from the wall, and if you well remember one proverb of our people, “when a goat is chased to the wall, it bites.” The truth is: Nigerians are stretched to the limit, they well know they have been fooled over the years and are ready to fight henceforth. Nigerian youths are ready to try one from among them now, but if he should bite them again, would they call for a child President? No! They would rather kill, they will maim, they will destroy, and that time, the victims would be the political class, who had decieved, and kept deceiving them. There would definitely be a revolution, the President, ex Presidents, Governors, Senators Reps, Ministers, other prominent politicians and their offsprings may not survive. God Forbid.

You would recall that speaking at the West Africa regional conference on youth employment held in Dakar, capital of Senegal in 2012, Obasanjo warned of imminent revolt, he said, “Unless the government of Nigeria takes urgent steps to arrest the menace of youth unemployment and poverty, it is a certainty that Nigeria will see revolution soon.” That’s actually the truth. From my conversations with young people in the streets lately, it was crystal that Nigerians were ready to go the way of China, Russia and Cuba, but only cooled their heels, awaiting the right time, and I can tell you, that the incoming administration will either avert this nearing Moira or hasten its coming. 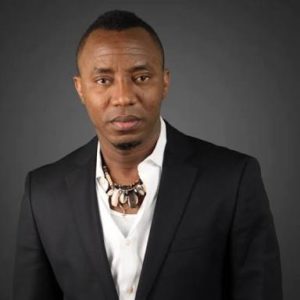 Therefore, Mr. Sowore, while your campaign gains momentum and your name travels far and wide, answer my question, not with a well prepared manifesto like your forerunners, but by examining the very depths of your own heart. Are you the messiah, or should we look for someone else? Can you actually tackle our chain of problems or you are just an opportunist who wants to ride on the horse of ‘not too young to run’ and the many failures of the present administration? Nigeria right now is too tense for a joker and anyone who plays citizens, from this time onward, may not be so lucky. Apart from being young, the leader we need now must be selfless, uncorrupted and incorruptible, he must be detribalised, sensitive and impatient; ingenious, industrious and straightforward, he must be vibrant, up-to-the-minute and tech-savvy. He must be approachable, unrigid and commited. Lastly, he must be courageous and well surrounded by the best brains from within and without. This is the kind of president we need this time and if you do fit in, good. If you do not, instead of attempting to sit on a time bomb, kindly opt out of the race and join me in searching for the right man, for I’m doubly sure there’s a man out there for the Job.

Let me conclude in the word of Tambuwal at the 2013 Distinguished Management Lecture of the Nigerian Institute of Management (Chartered) : “due to the rampant corruption, injustice, crushing poverty coupled with the general disaffection of the people with the ruling elite, a revolution is due in the country.” May Nigerian youths not break Coconut in your head. This is no time for comedy, Mr. Sowore. I wish you well and look forward to getting the hang of the real you.