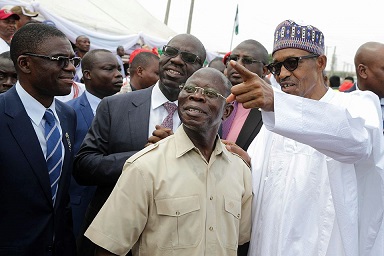 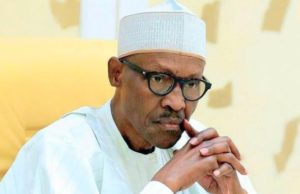 In a statement by its spokesman, Kola Ologbondiyan, the PDP said the recourse to endorsement as against free and fair congress constitutes an affront on the APC constitution. “The All Progressives Congress (APC) has finally lost all democratic credentials deserving of a ruling party, with President Muhammadu Buhari’s high-handedness and coronation of former Edo state governor, Adams Oshiomhole, as the National Chairman, at the Presidential villa, without allowing for a free and fair congress as enshrined in their constitution.

“The APC has now practically become a party of “any thing goes” where decisions are taken only according to the whims and caprices of President Buhari. “More appalling to this impunity are the reports of threats and harassment of APC members who demanded for free and fair congress, as well as those, indicating support for other aspirants other than Oshiomhole,” the statement read in part.

Not Happy With The Way Buhari is Being Treated – Sonala...

Fuel crisis: Give Licences To ‘Illegal Refineries’, Dangote Can’t Do It...

SLAVERY OF MEN BY WOMEN