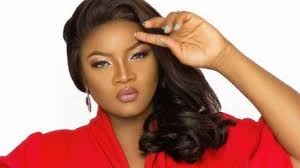 A 20-year-old lady identified as Ada Ifeanyi and her 32-year old boyfriend, Emmanuel Akomafuwa were shot severally in the Ajegunle area of Lagos State on Saturday, April 13, 2019, after a group of policemen who have been identified as operatives from the Trinity Police station ordered them to stop and they didn’t.

While Ada, who was shot twice, died immediately, Emmanuel who sustained grievous injuries is still battling for his life. The incident happened at about 7am and it has left friends, family and the entire country in distress.

Reacting to the matter which has continued to generate concern, Omotola spared no words in advising the federal government to wade into the matter before it gets out of hand.

“The country under your watch is hellish! The lack of money in circulation, now coupled with the continuous assault and killings by uniformed men will make this country implode. It is unbearable! Do something! Insecurity, fear and desperation everywhere,” she blurted on twitter.

“I spoke with her on Friday afternoon and she promised to come to see me next week so we could celebrate Easter together. She’s a daughter I don’t want to miss in life. When they called me around 7am that my daughter had been shot by the Police, I rushed down there and saw my child lying dead. A girl of just 20 years died like a chicken! What did they find on her that made them shoot her? If they had shot the tyre, at least the car would have stopped. Is that what the government wants for us? I want justice for my child!” she lamented.

However, the Lagos State Commissioner of Police, CP Zubairu Muazu has revealed that members of the team suspected to be involved in the shooting are from Trinity Police Station and are currently facing internal disciplinary proceedings at the Command Headquarters Ikeja.

Their rifles have been retrieved for forensic analysis by Ballisticians and if found wanting, they would be prosecuted in a conventional court for murder.