Home Politics A young Nigerian must lead the country in 2019 – IBB. 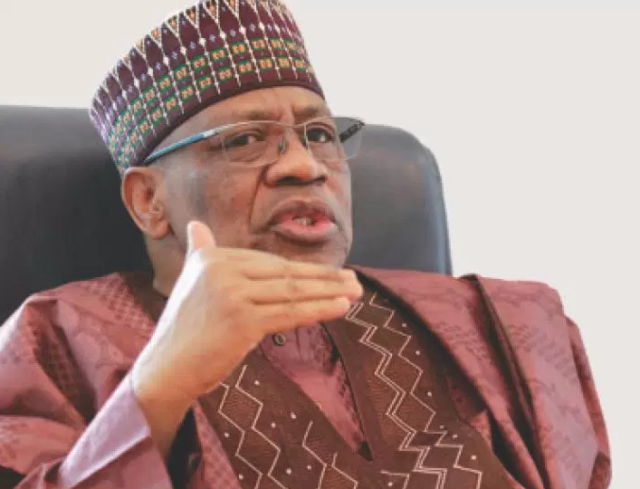 Former military President, General Ibrahim Babangida, has again urged Nigerians to ensure that only the younger generations were voted to power in the country. Babangida, spoke at his country home, Minna, Niger State, when he received a delegation of YES Nigeria Movement, led by its convener, Ali Soyode. He charged the delegation to seize the privilege offered by the next elections to serve their fatherland at a younger age. Babangida, who, had in a statement in February asked President Muhammadu Buhari not to seek re-election in 2019, urged him to complete his first term and allow a new generation of leaders to take control of the mantle of leadership of the country.

“In the fullness of our present realities, we need to cooperate with President Muhammadu Buhari to complete his term of office on May 29th, 2019 and collectively prepare the way for new generation leaders to assume the mantle of leadership of the country. “While offering this advice, I speak as a stakeholder, former president, concerned Nigerian and a patriot who desires to see new paradigms in our shared commitment to get this country running. While saying this also, I do not intend to deny President Buhari his inalienable right to vote and be voted for, but there comes a time in the life of a nation, when personal ambition should not override national interest,” Babangida stated.

The statement came on the heels of a similar statement issued by former President Olusegun Obasanjo, advising Buhari against re-contesting for the presidency in 2019. The former military leader, however, reiterated the need for electorate to get their voting documentations in order to play their role in the governance of the country, just as he pledged to work with the movement in achieving its goals. “I want to commend the leadership of the movement for the great works it has achieved, especially in the areas of educating the electorate on their democratic and political rights and also supporting existing parties in identifying potential candidates for elective offices,” Babangida said In his remarks, the convener of the movement, Soyode, said the aim of establishing the movement was born out of his desire to see a better political and democratic system educating the electorates of their power to elects, call to accountability of the elected and having right people in government through the exercise of their votes.

He maintained that the country is due an opportunity for younger generations, team workers, patriotic leaders and those wishing to form alliance for the benefits of Nigerians to lead and have the elders as the advisory council.