Home News 2019: INEC To Train Corps Members On Use Of Card Reader. 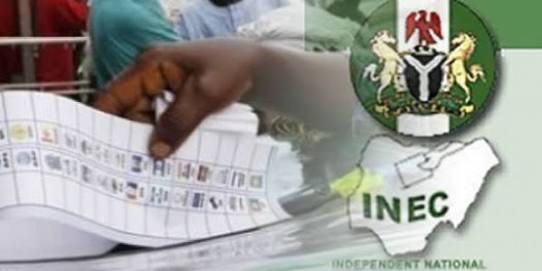 The Independent National Electoral Commission (INEC) has said that it will begin to train corps members on how to operate the smart card readers in preparation for the 2019 election.

Mr. Sam Olumekun, INEC Resident Electoral Commissioner in Lagos, made this known when he paid a courtesy visit to the National Orientation Agency (NOA) and the orientation camp of the National Youth Service Corps (NYSC) in the state.

Olumekun explained that card readers failed to function properly because they were not handled properly.

He said that if there is going to be an improvement in the performance of the 2015 elections, electoral officers must be kept abreast of the latest development in technology.

A statement by INEC spokesperson in Lagos, Femi Akinbiyi quoted the REC as saying at NYSC camp: “This time around, we want to devote time to educate the Corps members during their Community Development (CD) activities at various Local governments”.

He commended the State coordinator of NYSC, Prince Mohammed Momoh for

The REC also beckoned on National Orientation Agency (NOA) to join hands in encouraging citizens to get their permanent voter cards.

He said, “I want the NOA to especially join the Commission in mobilizing eligible for voters who have abandoned their Permanent voter cards (PVC) to come and claim them.”

“The Commission is ready to partner with NOA and other stakeholders in our drive to deliver credible, transparent, free and fair elections in 2019.

“INEC has developed an election project plan and strategic plan of action and has itemized all we need to conduct successful free and fair elections.

“If the last election was rated very high by both local and international observers, we are prepared to deliver a more credible one in 2019 to surpass the previous achievement.”