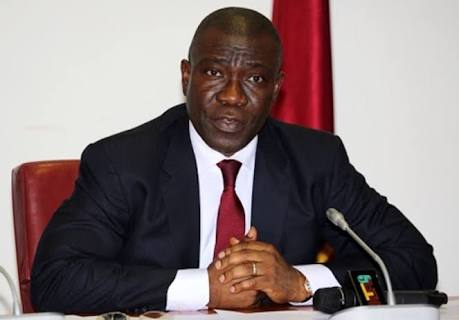 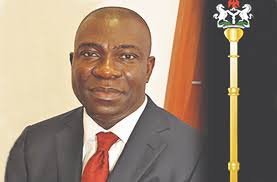 Latest update as a report by Saturday Sun has revealed that barely one year after his official guesthouse was raided based on false information, the Deputy Senate President, Ike Ekweremadu, has again survived another raid by the police.

Saturday Sun reports that the failed hunt list also had the Deputy Minority Leader of the Senate, Philip Aduda.
It was further gathered that the raid was at the instance of the Special Presidential Investigation Panel on the Recovery of Public Property (SPIP), working with a firm, Algaita Group.
The group is believed to be a consultant to the Office of the Honourable Attorney-General (AGF) of the Federation on whistleblowing and loot recovery. 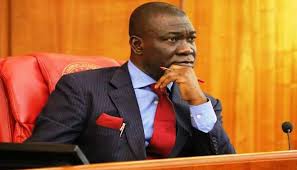 In a letter to the AGF, Mr. Abubakar Malami, dated April 23, 2018, referenced ALG/ABJ/006, the Group Managing Director of Algaita Group, Mr. A.M Maiturare, claimed that “credible information at our disposal indicate that suspected stolen funds (were) stashed within the Federal Capital Territory (FCT) by some of our national leaders at their private residence, which are believed to be proceeds of fraud from the Federal Government of Nigeria”.
He also requested the AGF to “graciously extend the mandate of our letter…to cover the above mention(sic) stolen funds in order to trace, freeze and recover proceeds of crimes on behalf of the FGN”.
In another letter dated same April 23, 2018 addressed to the AGF, with reference number ALG/ABJ/007, Mr. Maiturare disclosed the details of the alleged owners of the looted funds as Senator Ike Ekweremadu, House D1, Nasiru Barau Close, Usman Nagogo Drive, Katampe Estate, Phase III, Abuja and Senator Philip Tenimu Aduda, plot 112 Ebitu Ukiwe Street, Jabi Abuja.
Mr. Maitature, who is also believed to be working with the Chairman of the SPIP, Mr. Okoi Ofem Obono-Obla and a whistleblower, Mr. Mohammed Waziri Ali, initiated a formal letter conveying AGF’s purported approval to the Chairman of the SPIP.
The letter, also dated April 23, 2018 with reference number ALG/CSIPFRPP/001 reads: “We have been engaged and authorised by The Hon. Attorney-General of the Federation and Minister of Justice to proceed with the recovery of looted funds hidden within the FCT.
“In line with the foregoing, we humbly request your support and assistance towards the recovery of huge local and foreign currencies believed/suspected to be looted and hidden in houses/premises within the FCT.
“We, in furtherance of the position stated above, request for the support of the Panel to facilitate access and evacuation of the proceeds to the Central Bank of Nigeria as directed by the AGF.”
But sources and documents sighted by Saturday Sun indicate that Mr. Obono-Obla, directed the head of operations, Mr. Mohamed Abdul, an Assistant Superintendent of Police working with the Panel, to immediately swing into action to recover the allegedly stashed cash.
Armed with a Warrant of Search signed by Magistrate Taribo Z. Jim, dated April 25, 2018, the head of operations, along with his police team stormed the two properties.
It was however gathered that the Panel additionally secured the services of a native doctor, whom the whistleblower, claimed had the spiritual power to discover money anywhere it is hidden.
Investigations however revealed that the occupants of the said property at Katampe Estate told the heavily armed operatives that the building belonged to them, as they had nothing to do with Ekweremadu whom they only see on the television.
Not satisfied , the team forced its way into the property, ransacked the entire property. The native doctor was said to have pointed at several points, which the manual labourers hired for the operation dug up, but to no avail. The native doctor also took them to the garden where they dug up several points, but nothing was found.
Following the disappointment, the search team could not proceed to the alleged property of Senator Aduda, who was on official trip with Senator Ekweremadu to the Moroccan Parliament at the time of the operation.
The angry police team arrested the native doctor as the whistleblower, Mr. Ali, had fled. Although Saturday Sun learnt that Ali was eventually arrested and was to be charged to court along with the native doctor for giving false information, it was learnt that the panel ordered their release so as not “to cause the government further embarrassment.”
Saturday Sun recalls that the Inspector-General of Police Special Squad had in May 2017 raided the official guesthouse of the Deputy Senate President in Maitama in search of alleged caches of money and arms, but their search yielded no result.
The police later arraigned one Mr. Ahmed Achoda before an Upper Court at Gudu District, Abuja, for alleged false information. 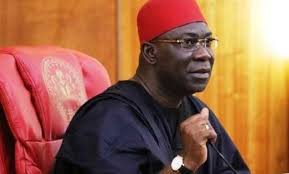 Ekweremadu is also currently in court with the Obono-Obla-led panel over allegations of undeclared assets. Ekweremadu had since denied any wrongdoing. He said the panel consists lawyers, who are members of the ruling All Progressives Congress (APC), and out on political witch-hunt and smear campaign against him and the opposition ahead of 2019 general elections.
Tweet
Pin
Share
0 Shares

Tinubu: A Presidential Disaster Waiting to Happen? By Farooq A....