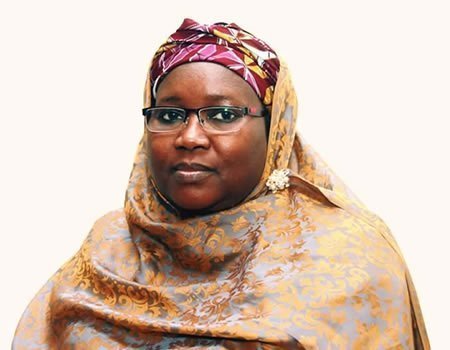 Post Views: 697
Conference of Nigeria Political Parties, CNPP, threw her weight behind the Inter-Party Advisory Council, IPAC, who called on the Independent National Electoral Commission, INEC, to immediately withdraw the appointment of Hajiya Amina Zakari as the chairperson of the Committee on National Collation Centre.

The body in which all political parties and associations in Nigeria are registered, in a statement issued to DAILY POST by its Secretary General, Chief Willy Ezugwu urged “the electoral umpire to listen to its own advisory organ like IPAC.

“We are stunned that an electoral body like INEC, which is supposed to be independent, has carried on as an arm of the ruling All Progressives Congress (APC) while the ruling party has continued to defend the action as though it was consulted before the appointment was made.

“What is at stake at the moment is not about which administration appointed her into INEC, neither is her competence the issues. What is paramount now is the integrity of the electoral outcomes as the transparency and fairness of the process is the basis of the growing rejection of her appointment by the stakeholders.

“The CNPP, like all other interested parties in the forthcoming general elections, has no confidence in the promises by the Independent National Electoral Commission that it is ready to conduct free and fair elections, if the legitimate concerns of political parties are not addressed .

“The best proof that INEC has no ulterior motive in the appointment of Hajiya Amina Zakari, is to listen to the stakeholders and immediately do the needful. More so, when INEC has had a history of extremely controversial electoral outcomes in recent past as seen in Ekiti and Osun states”, the CNPP said.

Speaking on the siege on the media by the Nigerian Army, the CNPP warned that “democracy will be the ultimate loser and tyranny triumph when freedom of expression is clamped down upon.

“In a democracy, there are legitimate channels through which whatever issues can be resolved other than the gestapo attacks on agents of free speech like media houses”, the CNPP added.